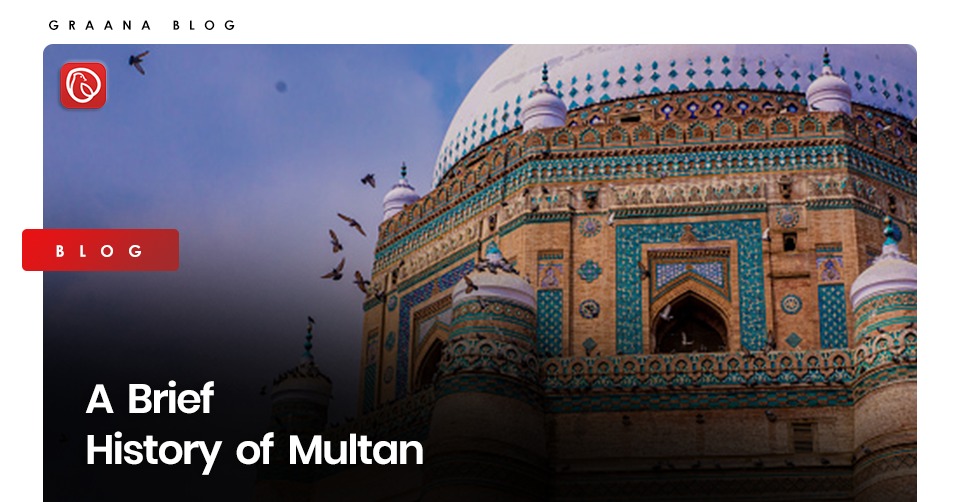 Popularly known as the City of Saints, Multan holds immense historical significance, owing to a large number of Sufi mystics and Sufi shrines located there. Situated in the province of Punjab, it serves as the capital of the Multan District. The history of Multan is very interesting and if you are fond of local history, this blog is for you.

It is at the east of the Chenab River, which places it more or less in the geographic centre of the nation. Multan is also regarded as the religious, cultural and economic centre of Southern Punjab.

One of its most prominent landmarks includes a historic fort that was built in the 14th century and contains the tombs of two Muslim saints.

A number of historical places in Pakistan are located here, including mosques, bazaars and tombs, all of which are remnants of a bygone era.

Graana.com gives an account of the city’s history below.

An Overview of the History of Multan 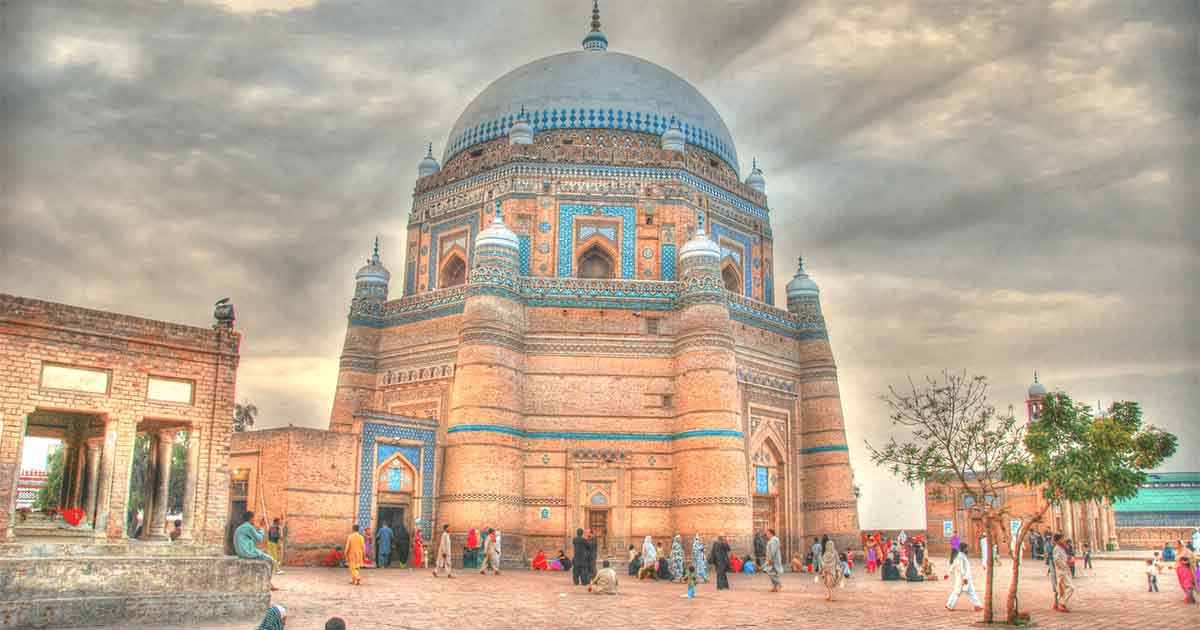 It is believed that an idol housed in a shrine of the pre-Islamic era and dedicated to the sun deity gave the city of Multan its name. It is one of the oldest cities on the subcontinent. Alexander the Great took control of the city around the year 326 BC.

The Chinese Buddhist scholar Hsüan-Tsang paid it a visit in the year AD 641. It was taken over by the Arabs in the eighth century, and was later conquered by the Muslim Turkish conqueror Mahmud of Ghazna in 1005, and then later by Timur in 1398.

The Mughal rulers greatly developed Multan throughout the 16th and 17th centuries, while the city was under their dominion. Ranjit Singh, who was the head of the Sikhs at the time, took control of the city in 1818. Between the years 1848 and 1947, it was ruled by the British until Pakistan gained independence.

A Timeline of Notable Events Here is an overview of the timeline of notable events.

The oldest history of Multan is shrouded in mystery and legend, making it difficult to reconstruct.

The vast majority of historians are of the opinion that Multan unquestionably is the same Maii-us-than that Alexander the Great conquered, notwithstanding the fact that he encountered significant resistance in this region.

The annals of its history are silent for more than six centuries until the White Huns besieged Multan in 454 AD under their leader Torman.

They were victorious after a long, terrible battle. However, they did not remain in power for very long, and Hindu dominion resumed for another two hundred years.

From this point onwards, the history of Multan is well documented, and enough light has been shed on the city by famous travellers, writers, and historians from all over the world, including the Chinese historian Hiuen Tsang, who went there in 641 A.D.

Mohammad Bin Qasim, a prominent Muslim general, led an invasion of the subcontinent in the year 712 AD and successfully took control of Sindh and Multan.

After a difficult and drawn-out conflict that lasted for seven days, the city was finally taken over by the attacking forces.

The Arabs launched many assaults on Multan under the reigns of Caliph Mansoor and Mostasim Bilia. The city was taken by storm on multiple occasions.
Al-Masudi of Baghdad, who travelled to the Indus Valley in 915 AD, talked about the idol located there and explained how people from far-off areas of the country travelled to Multan to perform the pilgrimage.

As part of their efforts to appease their woes and fulfil their religious obligations, they presented the idol with offerings of money, precious stones, perfumes and aloe wood. 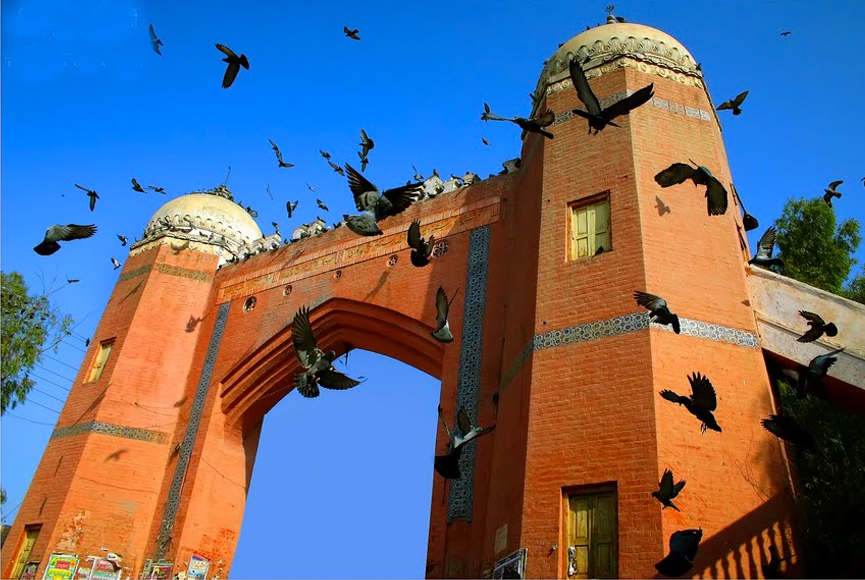 In 1010 AD, he launched his second assault on Multan and was successful in taking control of the city. However, he did not remain in power for very long.

Between the years 1100 and 1200 AD, Sultan Shahab-ud-din was eventually able to overthrow Pirthvi Raj and take control of India.

After he had strengthened his position in Delhi, the capital of India, he launched an army assault upon Multan and ultimately took control of the city.

Changez Khan launched an invasion of Western Turkistan in 1218 AD. For the subsequent three centuries, the history of Multan is nearly identical to the history of assaults in Western and Central Asia, which were inspired by Changez’s invasion. 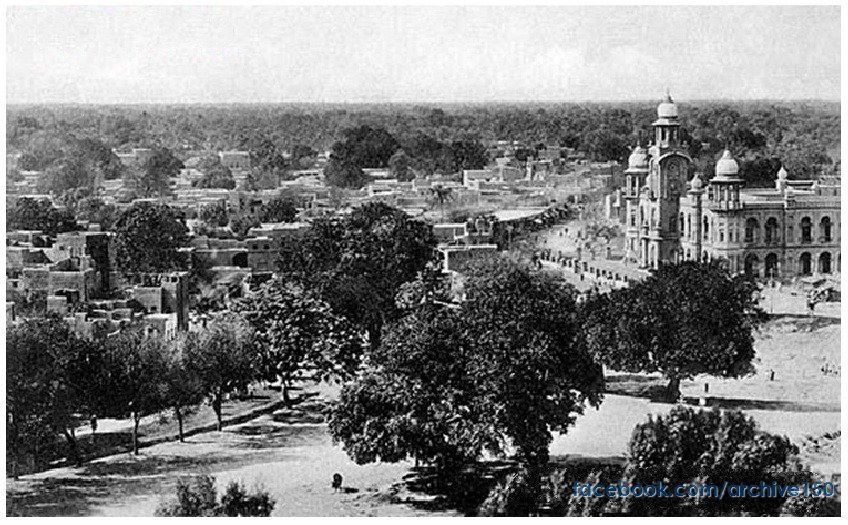 Following the formation of the Delhi Sultanate, Multan assumed the role of the new state’s western boundary. However, it was consistently targeted by Mongol invaders throughout its history.

However, during this time span, it witnessed increasing levels of economic success. It was at this time that the city was embellished with significant monuments that contributed to the development of a distinct school of Multani architecture.

Commerce and agriculture both prospered during this period. Farming was done on the land along the banks of Chenab and Ghagra, in addition to a portion of the land on the Indus, causing a rise in prosperity across the region.

In the year 1526 AD, Shah Hussain Arghun was sent by Baber, the Mughal emperor, to capture Multan.

In 1555 AD, when Humayun was successful in retaking the Indian crown, Multan became a part of the Mughal Empire.

One of the biggest provinces of the empire, it extended to the borders of Persia and encompassed the areas of what are now Balochistan, Sindh, Shikarpore, and Thatta. It also included a portion of Doabas, which is now a part of Lahore. 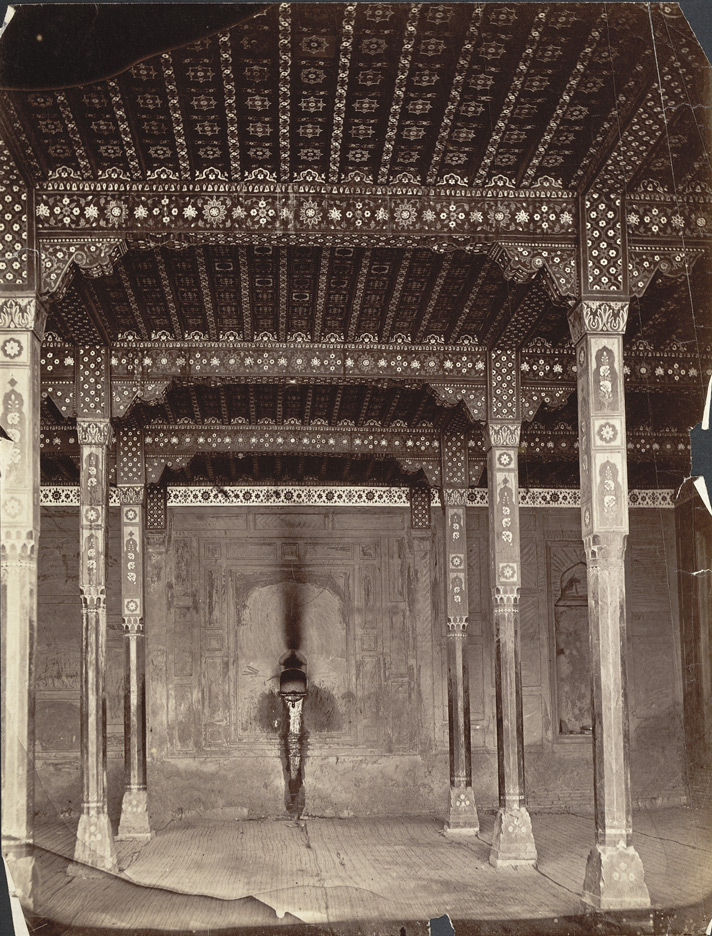 In 1752, Multan, which had previously been a province of the Delhi empire, pledged its allegiance to the Afghan monarchs of Kabul and became a province under their rule.

During this time, the country was governed by governors who descended from Pathans and was subject to the authority of the Saddozais of Kabul. Even though the Saddozais ruled Multan for almost 66 years, the city’s circumstances were generally unstable during that time.

At the beginning of the year 1818, Ranjit Singh was successful in gathering a sizable, well-equipped force that included 25,000 troops.

The valiant efforts of Nawab Muzaffar Khan Saddozai, who served as Governor of Multan for the previous 39 years, were ultimately unsuccessful in their mission to free Multan from the Sikhs’ grasp. 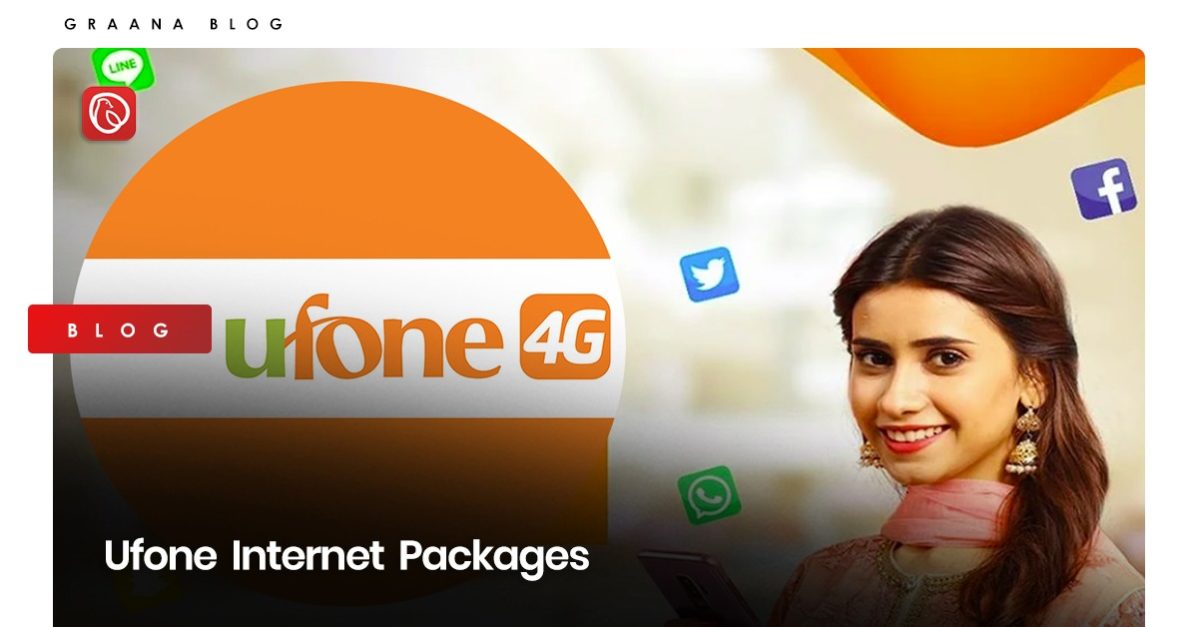