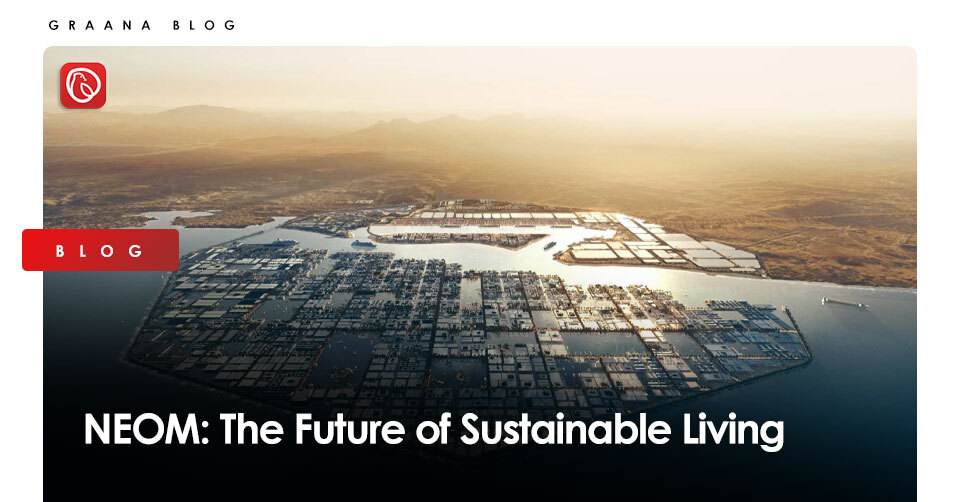 NEOM is a proposed megacity in Saudi Arabia that will be built on the kingdom’s northwestern coast. It is intended to be a hub of technology and innovation and will be powered entirely by renewable energy.

Construction is expected to be completed by 2025, with the aim of providing housing to over 1 million people. The project is estimated to cost around $500 billion and will cover an area of 26,500 square kilometers.

This under-construction project is divided into the following phases: 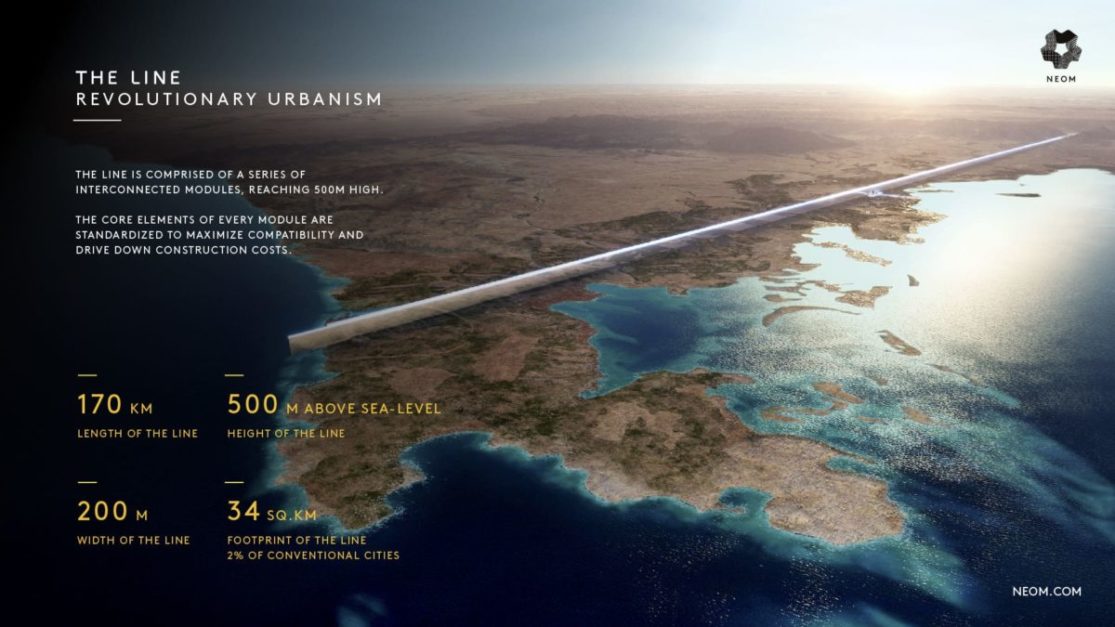 The Line would be a completely car-free zone, with a developed public transportation network. It would also feature extensive green spaces, with the goal of becoming one of the most sustainable cities in the world.

This project has the potential to transform Saudi Arabia’s transportation system and urban planning. When completed, it can provide a model to other cities around the world looking to reduce their reliance on cars and, thus, create more sustainable communities.

Furthermore, it will have a total capacity of 9 million people and will be constructed on a 34-square kilometre area. This will result in a smaller infrastructure footprint.

Residents will be able to revel in the natural beauty thanks to the area’s optimum environment all year round. In addition to high-speed rail, which takes 20 minutes to reach all parts of the line, residents will have access to all facilities within a five-minute walk of their homes.

This phase of the project, Neom Bay, was scheduled to begin in the first quarter of 2019 and finish by the end of 2020.

Construction of the airport at Sharma, which would run frequent commercial flights between Riyadh and Neom, was one of the first few developments in this phase.

The construction of Neom’s first residential neighbourhood is also part of phase 1.

Neom Bay Airport was announced in June 2019. Once operational, the airport would start receiving commercial flights, with a runway length of 3,757 metres. 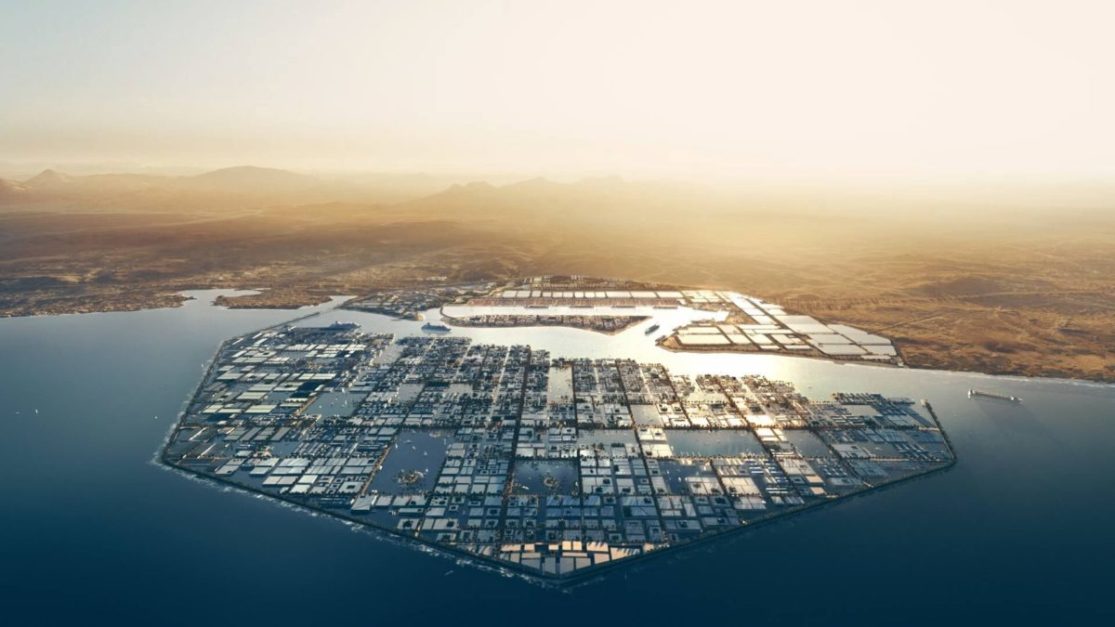 Oxagon will be built as a model for future sustainable industries. It will be enabled by an automated port integrated with a smart supply chain network.

Located 50 km away from the Gulf of Aqaba, TROJENA is the last phase of NEOM’s regional plan. It is expected to be operational by 2026, with elevations ranging from 1500 metres to 2600, covering a total area of 60 square kilometres. When completed, it will be the first prime outdoor skiing resort in the Arabian Peninsula.

Moreover, the complex will include a variety of residences. It will also include hotels ranging from ultra-luxury and experiential to wellness and family resorts, as well as apartments, chalets, and mansions.

There will also be a variety of retail, entertainment, and food spots as well, including year-round skiing, water activities, hiking, and mountain biking.

Since the announcement of the NEOM project, there has been constant debate surrounding the project. Some of the main issues and controversies related to the cost of the project, the impact on the environment, and the involvement of the Saudi Arabian government.

Critics have said that the benefits do not justify the high cost of the project. They have also raised concerns about the impact of the project on the environment, particularly in terms of the effects of construction on sensitive ecosystems.

Lastly, there has also been criticism regarding the involvement of the Saudi Arabian government in the project and the possible implications for the country’s political stability. 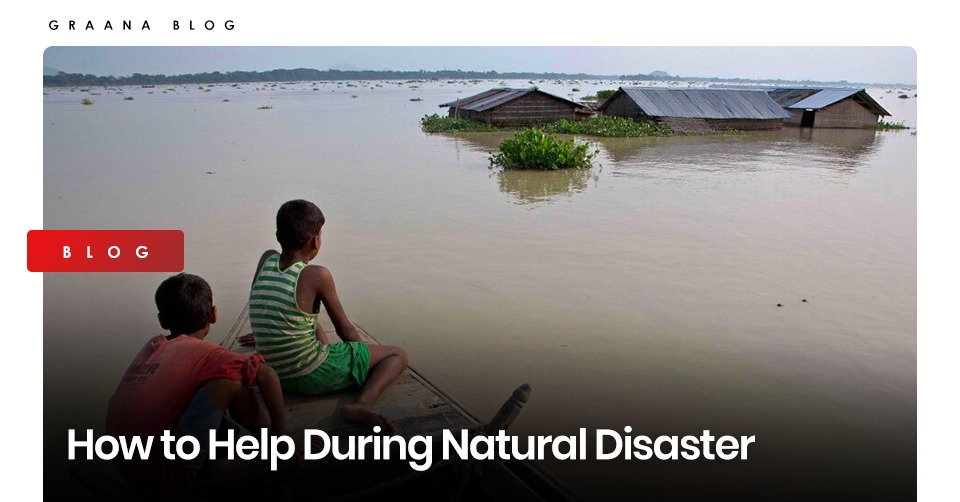 How to Help During Natural Disaster