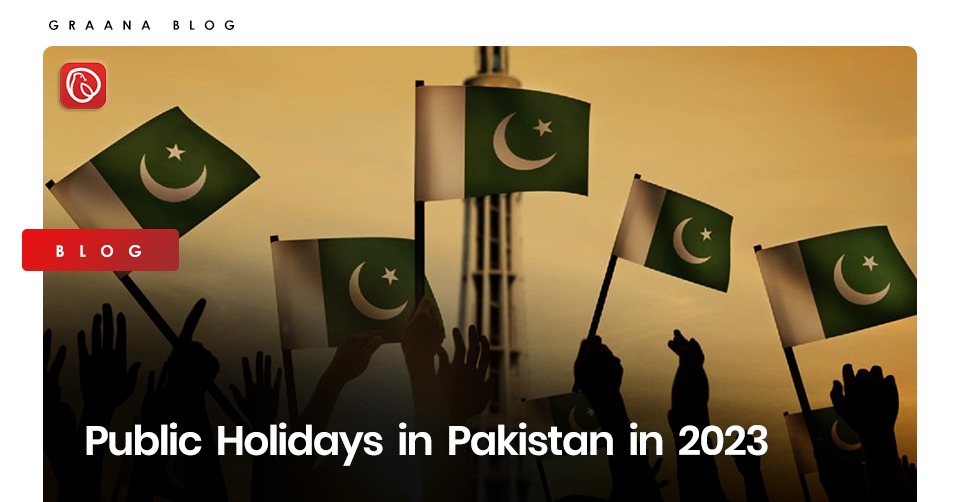 There are several significant days that the Pakistani government recognises as public holidays in the calendar year. This is when work in the private sector is limited by law. These holidays include Kashmir Day, Pakistan Day, Eid and more.

Graana.com has prepared a list of all the important public holidays in Pakistan that you can expect in 2023.

The following table lists all the religious and national holidays in Pakistan for 2023. 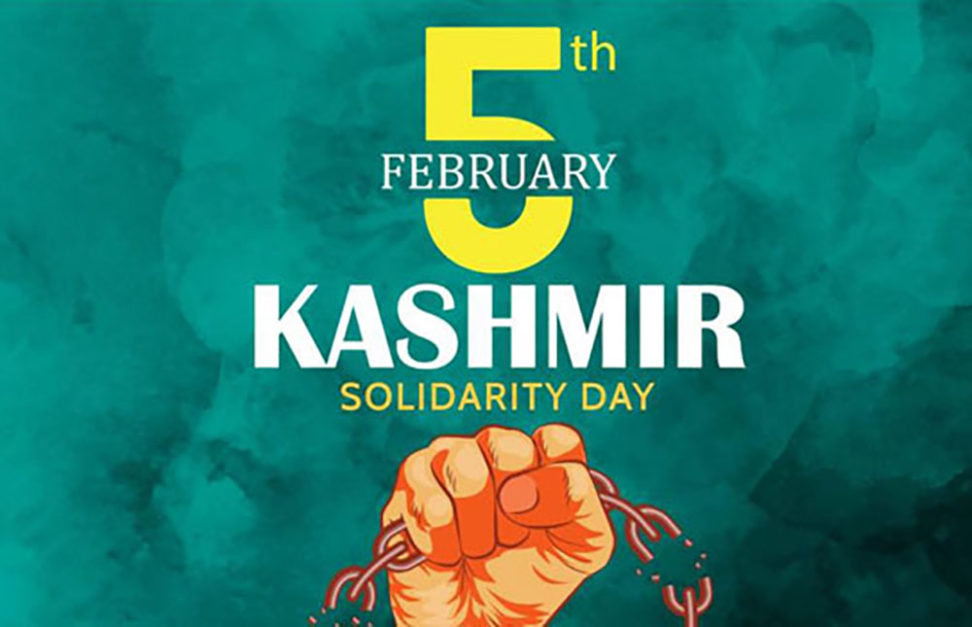 Since the former Chief Minister of Punjab Nawaz Sharif called for a nationwide strike in 1990 to support the battle for the liberation of the people of Kashmir, Kashmir Day has become a national holiday in Pakistan.

Now, on February 5th, people demonstrate their support for Kashmir and Pakistan, albeit they don’t always go on strike like they did on the inaugural Kashmir Day.

The Kashmir Valley’s exceptional natural beauty has long contributed to its universal admiration. However, contemporary Pakistani artists frequently paint the Kashmir Valley with blood and barbed wires, suggesting the antithesis of what was once known as ‘a heaven on earth’. They do this in honour of the numerous people who have lost their lives since the 1947 war with India over Kashmir.

On Kashmir Day, there are parades to show support, special prayer services at nearby mosques, political gatherings, and marches where demonstrators yell slogans in support of the Kashmir Freedom Movement. 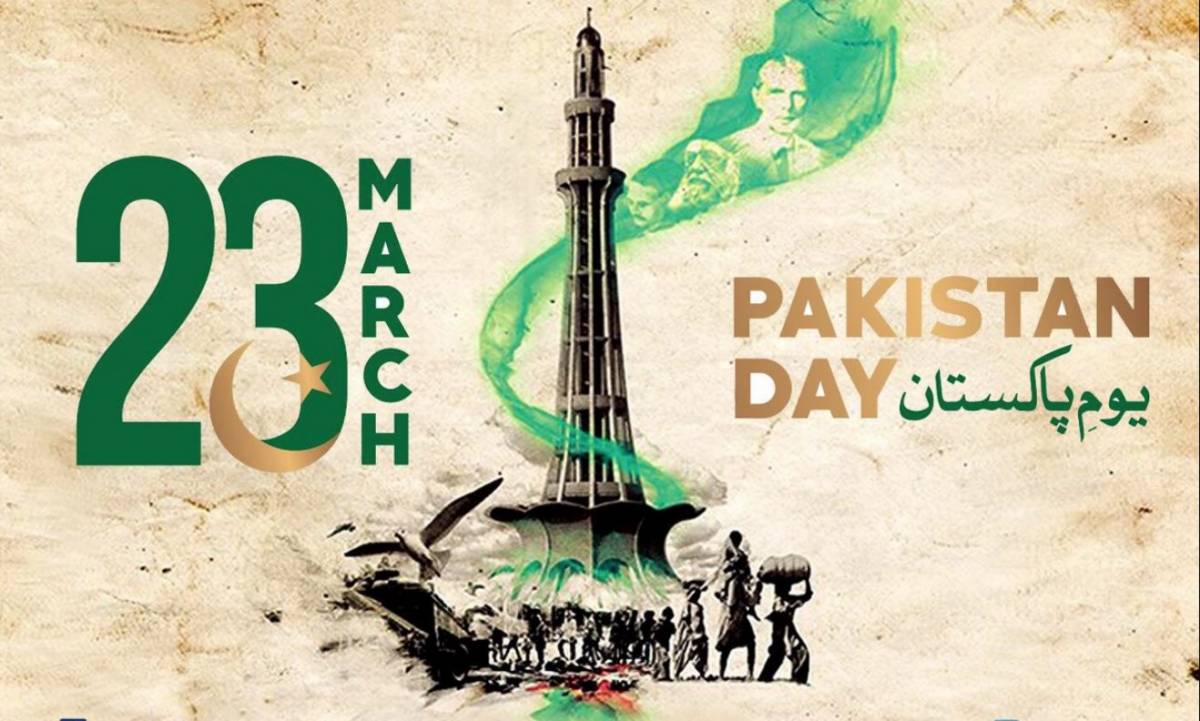 Pakistan Day honours the 1956 adoption of a national constitution and the country’s declaration of independence from the British administration.

The Pakistani government has declared March 23rd to be a national holiday to commemorate Pakistan Day. The honour of becoming the first Islamic Republic in the world belongs to Pakistan.

A grand celebration especially takes place in Islamabad, the nation’s capital. Typically, an early-morning combined military and civilian parade is arranged as a display of patriotism. Other cities can catch the live coverage of the parade as well. The president and dignitaries from Pakistan and foreign countries are always in attendance.

Following the procession, the president honours distinguished dignitaries with medals and awards, and wreaths are laid at the graves of Muhammad Iqbal and Pakistan’s founding father, Muhammad Ali Jinnah. Muhammad Iqbal was a well-known poet, scholar, and attorney. He is also known for the ideation of the two-state concept and the creation of an independent Pakistan.

There is also a large display of the Pakistani flag. In addition, Islamabad is thundered by a 31-gun salute, while there is a 21-gun salute in each provincial capital. Majority of businesses and transportation networks are shut down on this day.

It is a day of celebrations, extravagant decorations, and racial harmony. In Pakistan, Eid ul-Fitr is observed with great fervour and marked with colourful festivities. On the first day of the Islamic month of Shawwal, Eid celebrates the end of the holy month of Ramadan. It is one of the most significant Muslim holidays.

The celebration generally lasts for three days. The first day begins with Eid prayers, followed by celebrations with friends and family (with food, especially sweet treats, being a central theme).

Muslims are encouraged to offer food to the less fortunate during this time of year as part of Zakat al-Fitr.

There are thousands of Eid prayer gatherings across the country, but the largest ones take place at the Liaquat Bagh Mosque in Rawalpindi and the Faisal Mosque in Islamabad. There are also special TV and radio programmes, along with speeches by government leaders. Children typically receive gifts as Eidi on this holiday.

Pakistan and about 80 other countries observe Labour Day as an official holiday on the first day of May.

The poor working conditions in many companies throughout the Industrial Revolution in the late 1700s and early 1800s prompted the formation of Labour Day, sometimes known as “International Workers Day”, to call for support on, for instance, an eight-hour workday, safer working conditions, and higher wages.

In 1972, the same year that significant labour reform legislation was implemented, Pakistan established May Day, also known as Labour Day, an official holiday. Additionally, since 1947, Pakistan has belonged to the International Labor Organisation (ILO).

Each Labor Day, massive rallies and parades are held by the labour unions in Pakistan. Additionally, they host discussion forums and seminars, and some even stage public protests to call for “a better deal” for Pakistani employees. Radio Pakistan and other stations also air special programmes to educate listeners about the significance of the day.

In Pakistan and the rest of the Muslim world, Eid ul-Azha is one of the most significant occasions in the Islamic calendar.

The celebration, which is also known as ‘the Feast of Sacrifice’, honours the sacrifice of Prophet Ishmael to Allah by Prophet Ibrahim, as recorded in the Quran.

Many Pakistanis also make the annual pilgrimage to Makkah, which is one of Islam’s five pillars, to commemorate Hazrat Ibrahim’s sacrifice.

Eid ul-Azha is observed for three consecutive days, the first two of which are recognised as official holidays in Pakistan. Celebrations start on the tenth day of Dhul Hijjah, the final month of the Muslim year. On the Gregorian calendar, the date can vary, and it is only formally determined by a centralised moon-sighting commission.

It is common for Muslims to symbolise Hazrat Ibrahim’s sacrifice by purchasing an animal, such as a cow, ram, goat, sheep, or camel for slaughter. Others choose to purchase a certain quantity of meat from the supermarket instead. This is then distributed among friends, family, neighbours and the poor.

As in many other countries with a sizable Muslim population, including Pakistan’s neighbours Afghanistan and India, Ashura is a national holiday.

It occurs on the tenth day of the Islamic month of Muharram. The word “Ashura” is derived from the Arabic word for “tenth”.

It is observed by both Sunni and Shia Muslims, however, it is in distinct ways and for different reasons. Although Shia make up between 10 and 25 per cent of Pakistan’s population, the country’s population is primarily Sunni.

Given that Pakistan has a population of over 200 million, this may equate to 40 million Shias, making this the third-largest Shia community in the world. Thus, both Ashura customs are well-established in Pakistan.

In order for the British viceroy to attend both ceremonies of the transfer of power in 1947, Pakistan was granted independence on August 14th and India on August 15th.

After being in power for a century in the subcontinent, the British eventually granted independence, which resulted in the two separate nations of India and Pakistan. Independence Day is now celebrated with fervour and patriotism in Pakistan to commemorate the founding of the country.

The day usually begins with prayers for the nation’s future, unity and prosperity in the mosques. The raising of the Pakistani flag over the President’s residence and Parliament House takes place shortly after the main event.

Following these festivities, there are  21-gun salutes in the capitals of each province as well as a 31-gun salute in Islamabad, the country’s capital. Following patriotic remarks and the national anthem, many parades take place. The Pakistani flag can be seen hoisted on rooftops of houses and buildings, as well as other places.

Commercial areas are lavishly decorated and well-lit with candles and oil lamps, while fireworks illuminate the sky. The national colours, green and white (which represent wealth and peace respectively), are worn by many citizens, especially those who participate in the parades.

Many people also visit national monuments and historic sites on this day.

The Pakistani flag is then ceremonially raised on all public buildings, and lights and decorations are put up throughout.

There are vibrant parades all around the nation, special prayer services, seminars on the life and teachings of Hazrat Muhammad (PBUH), and many other events. It is also common to give food, cash, and other gifts to the less fortunate.

Pakistan commemorates the birthday of Quaid-e-Azam Muhammad Ali Jinnah on December 25th. He was an Indian politician who led Pakistan’s first government after advocating for Pakistan’s independence.

Special events are held in his honour, and the national flag is raised on all private and public structures.

Many Pakistanis also pay a visit to his tomb in Karachi on this day. 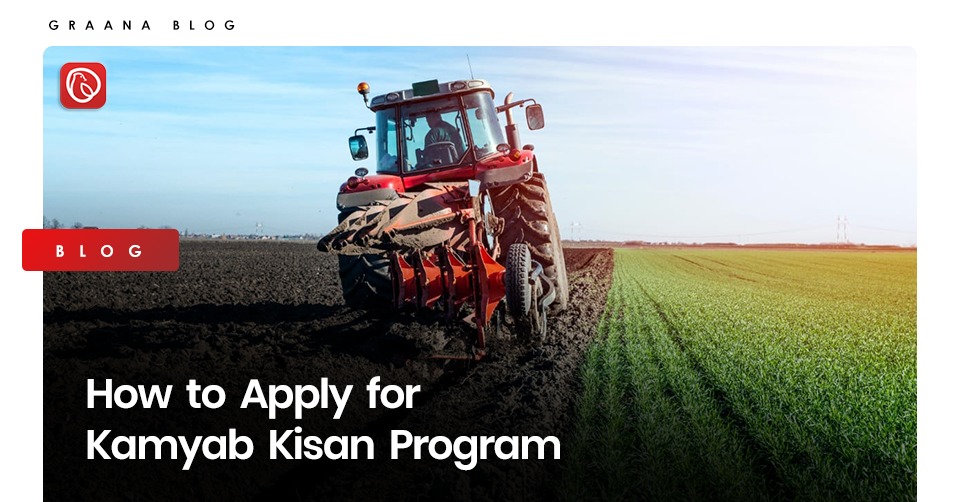 How to Apply for Kamyab Kisan Program