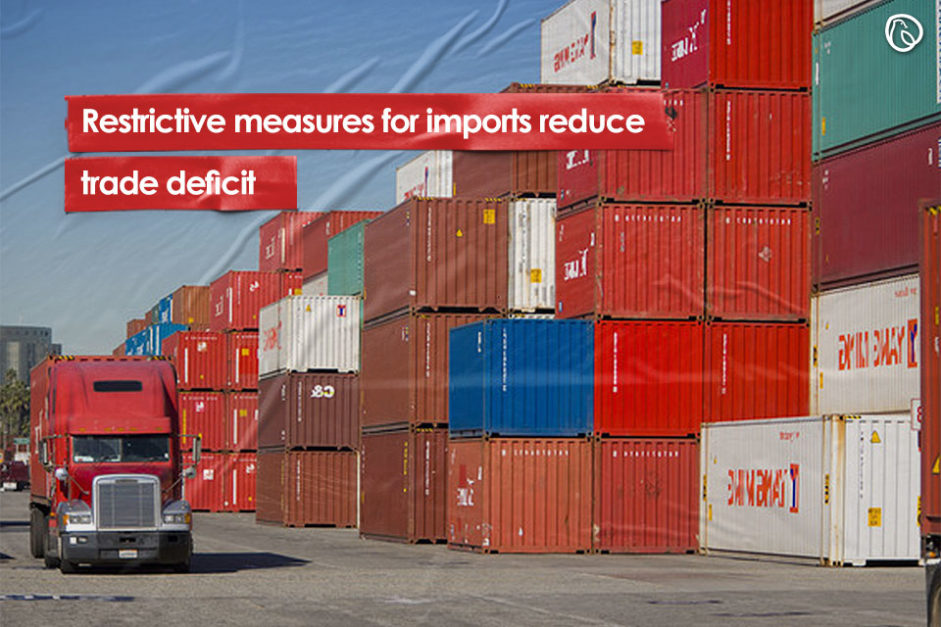 ISLAMABAD: Pakistan’s imports registered a 19.21% decrease in the first four months of the current fiscal year, amounting to $15.32 billion as compared to $18.96 billion over the corresponding period last year.

According to data provided by the Pakistan Bureau of Statistics (PBS), the decline in value of imported goods in October is 15.14% to $4.07bn against $4.8bn during the same time period in the previous fiscal year.

On the other hand, exports experienced growth by 3.81% to $7.54bn in July-October, against $7.27bn over the corresponding period last year.

The slight escalation in exports and significant drop in imports has led the country’s trade deficit to fall by 34% in the first four months of current fiscal year.

The trade deficit has been on a steady decline in the ongoing financial year primarily due to the government’s corrective measures to slow down imports of non-essential commodities to help lessen pressures on foreign exchange reserves and slump in overall demand.