Home » Lifestyle » Living in City vs Suburbs: Pros and Cons 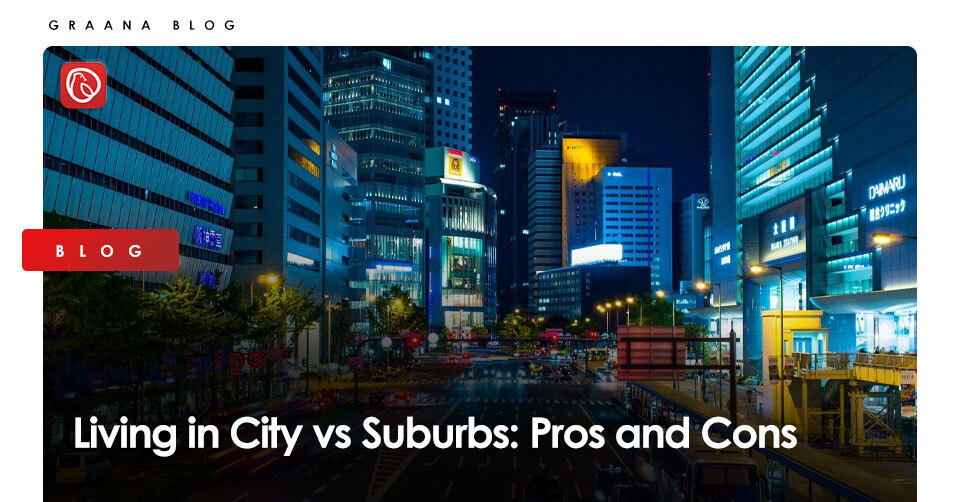 Every year, millions of Pakistanis emigrate to a different town or city. When moving to a new location, there are numerous factors to consider.  When making a decision between suburbs vs urban, you must consider the employment market, the climatic condition, amusement, and plenty of other factors.

Most of the time, the answer is determined by your budget. However, income should not be the sole deciding factor in this decision. There are numerous other factors to consider before purchasing a home, given that it is the largest investment most people make in their lifetime.

One of the most widely known decisions people make when purchasing a new home is whether to live in the suburbs or the urban city. Each provides a distinct experience that is unlike any other. You may be lured to relocate closer to work to save time commuting, or to the peace and quiet of the suburbs to raise a family.

In order to assist you in deciding which is the best option, Graana.com, Pakistan’s smartest property portal, has compiled the pros and cons of living in the Suburb vs Urban cities.

What is the difference between a Suburb vs Urban? 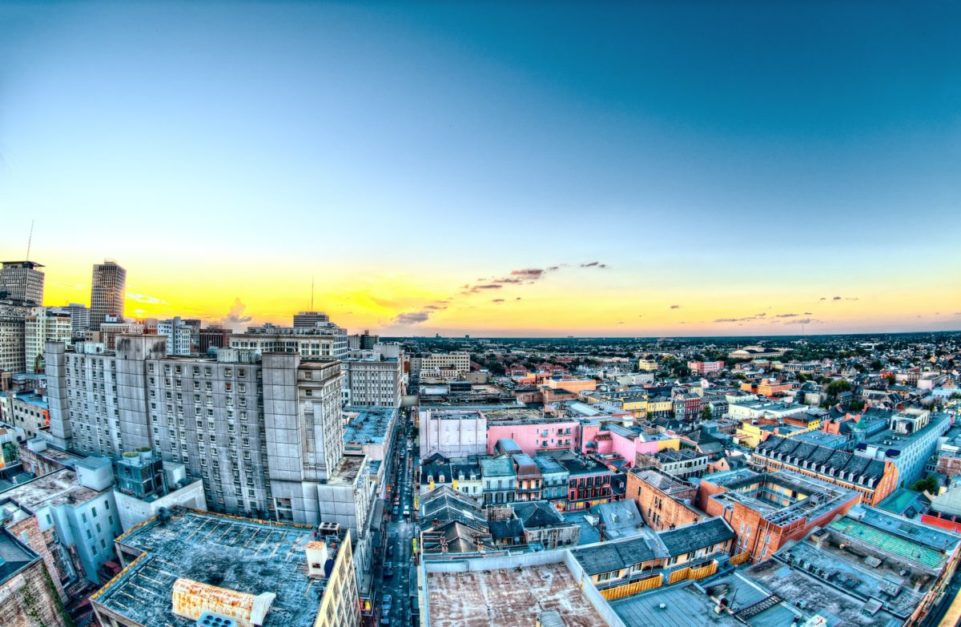 Choosing between suburbs vs urban is a difficult job. The term “main city” refers to a metropolis’ densely populated residential and commercial hubs. The term suburbs refers to neighbourhoods on the outskirts of cities.

Cities incorporate aspects such as high-rise buildings, taxi cabs, and a vast open public transportation network, whereas suburbs may conjure up images of a big single house with a spacious yard.

Pros and Cons of Living in a City | Suburbs vs Urban 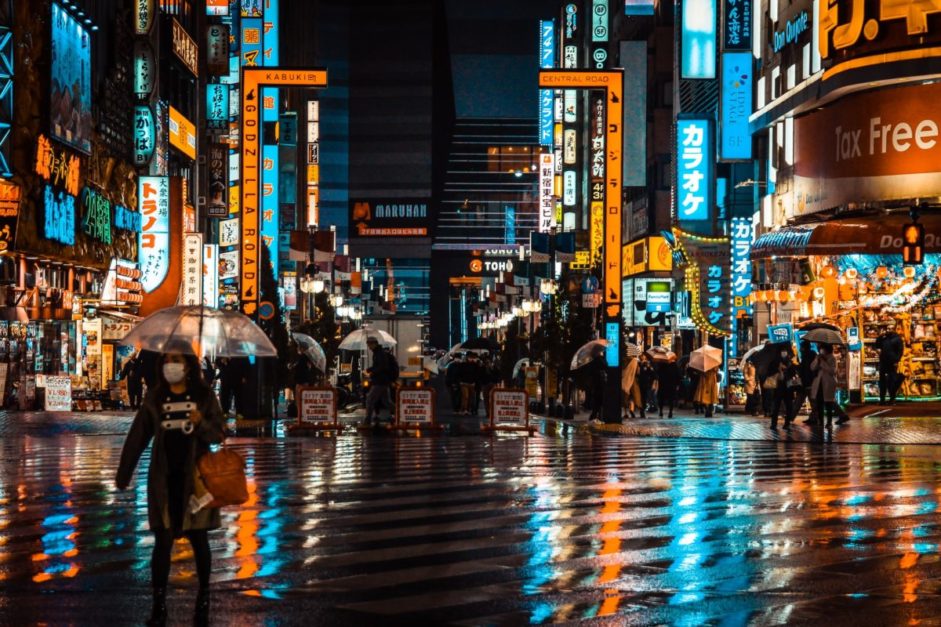 Here is a list of pros and cons of living in a city,

Pros of Living in a City | Suburbs vs Urban 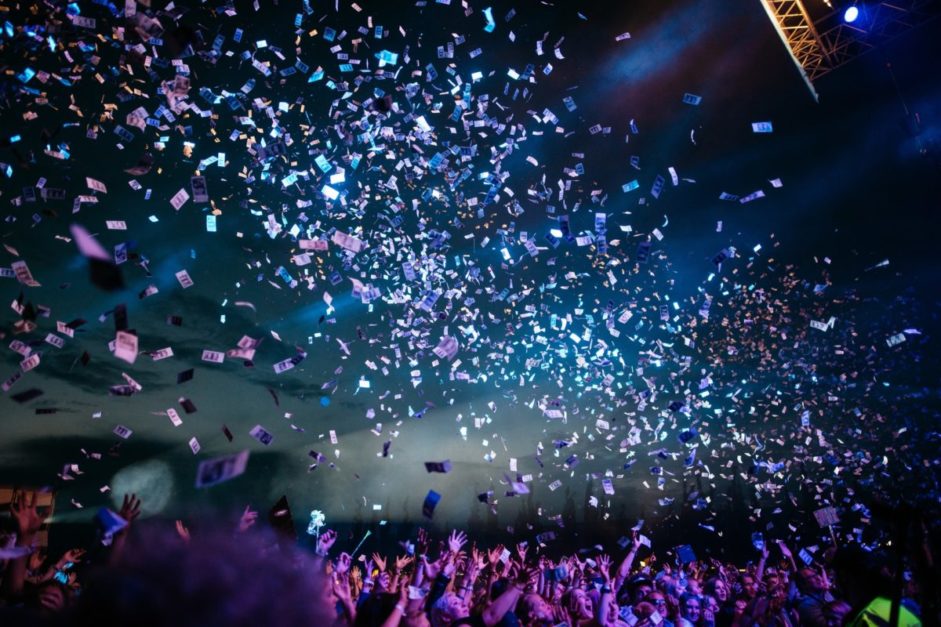 Here are some pros of living in a city.

While the country is becoming more diverse in general, studies show that cities are more diverse than suburbs. Furthermore, younger people prefer to live in cities.

People belonging to different regions and classes migrate to cities for better living and better opportunities. Hence cities tend to be more diverse than suburbs.

Everything In One Place

While living in the city, you will find fine dining, some of the best nightlife in the country, art exhibits, parks, public transportation, and everything else that people love about cities.

For the most part, these things will be within walking distance of where you live. You get everything in one place while living in the city.

Cities are full of flavour if diversity is the spice of life. They are more diverse than suburbs, which promotes growth and a more cosmopolitan perspective.

Moreover, no matter what your budget is, there is always something to do in the city. It’s difficult to be bored on weekends because events always take place in cities.

Whether you enjoy art shows, concerts, testing new foods, cinema, or book clubs, there is bound to be something of interest happening in some part of the city.

Most major cities, such as Islamabad, Karachi, and Lahore have thriving nightlife. Those who consider themselves to be adventurous are generally better suited to living in a city rather than the suburbs.

Every day, the average person spends a considerable amount of time traveling to and from work. As a result, reducing traveling time is usually high on many people’s priority lists. In this regard, one of the most significant advantages of living in a city is the ease of access to public transportation.

Most cities have extensive public transportation systems such as metro buses, local coaches, and vans that can assist residents in navigating a city without requiring them to own a car.

Because most jobs are based in cities, most people prefer to live there. Driving your own car to work allows you to save money on gas while living in the city.

Cons of Living in a City | Suburbs vs Urban

Here are some cons of living in a city.

one of the main disadvantages of living in a city is the high cost of basic necessities such as food, gas, and attire. Rents in urban areas can be pricey due to higher demand and population density. The same case goes for purchasing real estate.

The cost of living in a big city is usually much higher. Since everything is more costly, it tends to cost extra for much less. These extra costs can quickly add up and have a negative impact on your savings. People in the suburbs have four times the amount of money saved as city dwellers.

Urban homes are relatively small and closer together than suburban homes. If you decide to buy an apartment instead of a single-family house, you may find yourself sharing walls with your neighbours. Surrounded by too many people, city dwellers face less privacy as compared to suburban residents.

One disadvantage of living in a city is that noise levels are usually higher than in other areas. While living in a town the traffic and noise can become too much. Noise levels are increased by passing cars, city buses, and a higher population density.

While there are methods for reducing city noise inside the home, some people find it difficult to find silence in the city.

Another disadvantage of living in a town is the lack of space. The majority of metropolitan areas are closely populated as a result most dwellers face a lack of space.

There’s a lack of space due to the overwhelming amount of people. Apartments and houses are typically smaller, and features such as a patio, lawn, or yard are premium. Public places such as hospitals, parks, and restaurants are mostly packed with people in urban areas.

Pros and Cons of Living in Suburbs | Suburbs vs Urban 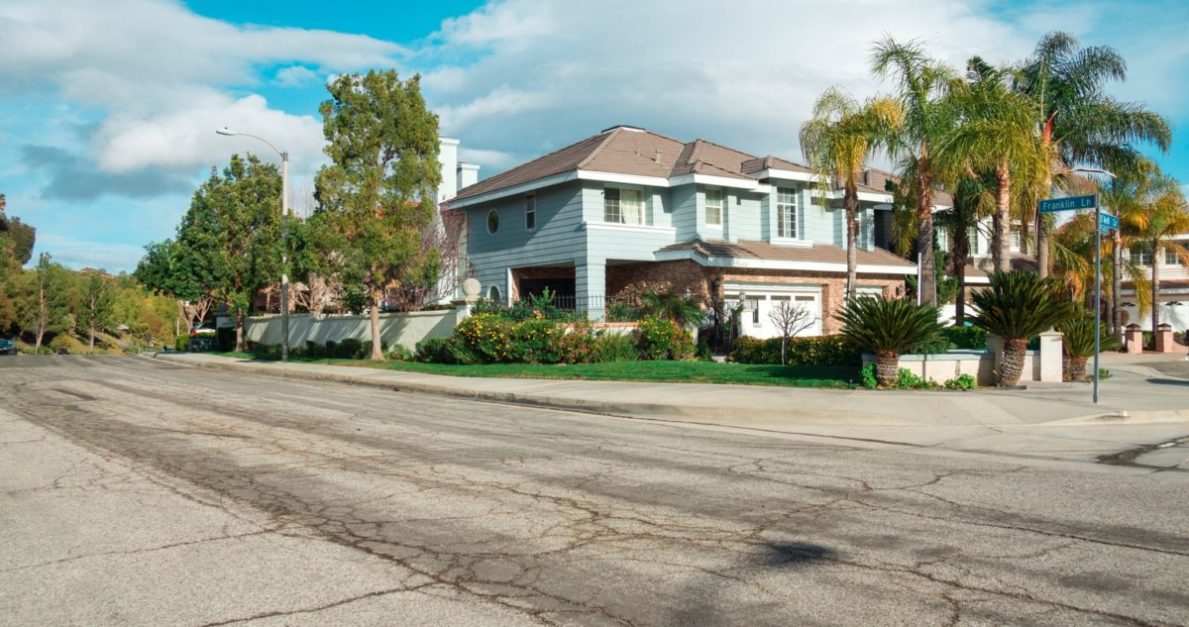 Here is a list of pros and cons of living in a Suburbs vs Urban,

Pros of Living in Suburbs | Suburbs vs Urban 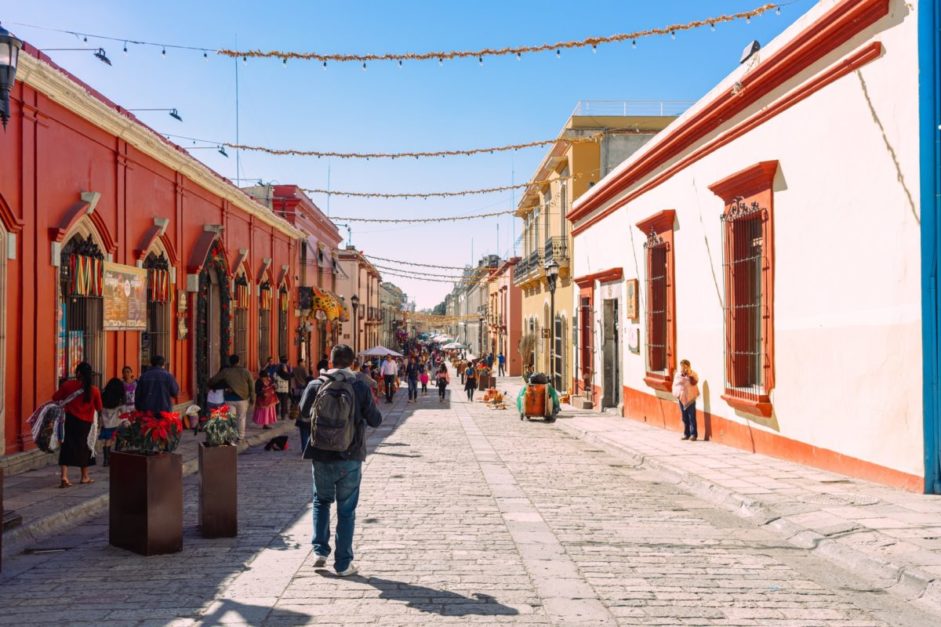 Many people like to live in suburban areas to avoid the chaos of city life. Here are some of the pros of relocating to the suburbs vs urban.

In addition to being less expensive, houses in the suburbs are frequently larger than city homes.  Houses in suburbs typically have more space for gardens and front yards, which is uncommon in cities.

However, buyers who can only possibly pay for a small apartment in the city can often buy a more open and luxurious house in the suburbs for a comparable price. In urban areas, a similar-sized house would be twice as expensive and in worse condition.

The suburbs are preferred by many people over the city. One of the primary reasons is financial constraints. Even larger homes in the suburbs are frequently less expensive to buy or rent than those in the city.

The cost of living in the suburbs is lower than in the cities, from mortgage payments to living expenses.

Buyers who live in a suburb have numerous opportunities to get to know their neighbours and to build a community.

Many suburban communities host different events in the neighbourhood such as barbecues and other social gatherings for neighbours to get to know one another.

In the suburbs, there may be a strong sense of community, but privacy still rules. It’s usually peaceful and quiet to live in the suburbs. Compared to large cities, there is a significant reduction in noise.

When you live in the suburbs, there will be fewer honking horns, and traffic in general. Noisy environments can seem to be everywhere in cities.

Cons of Living in a Suburbs

Here are some of the cons of relocating to the Suburbs vs Urban,

Longer commute times are among the most significant drawbacks of living in the suburbs. Because most workplaces and education institutions are situated in cities, you will have to travel a considerable distance to access these facilities than those who live in cities.

Additionally, if you’re moving to the suburbs, you’ll need a car because the public transportation there isn’t very good. Longer commutes also mean higher fuel and fare costs than for city dwellers.

One of the main cons of living in a suburb is the competitive job market. The job opportunities are usually low due to a small percentage of commercial buildings in suburban areas and a high number of applicants willing to work close to home.

Larger homes typically have a higher cost of maintenance. Because having a large house may look good but it also needs more maintenance. If you plan to sell your house in the future in order to get good equity, you have to keep it maintained.

Living in a suburbs can get a little boring for some people from time to time. In most suburban areas, the number of eateries, cinemas, parks, and other places of entertainment is limited.

If you enjoy going to events, such as exhibitions, parks, and trying out new restaurants, then living in a suburb may not be for you. This is one of the most significant disadvantages of living outside of a city.

What do you prefer?| Suburbs vs Urban

The choice of whether to live in the suburbs or urban metropolitan city is entirely up to you. To choose the best course, balance the pros and cons with your plans and goals.

If you are looking for houses for sale, visit Graana’s blog for more information. 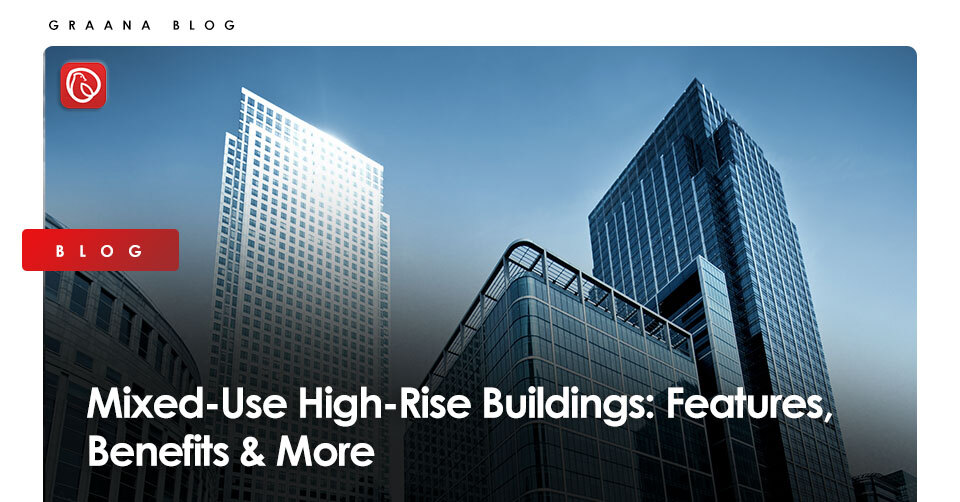