Home » Lifestyle » Top Pakistani Influencers You Need to Know About 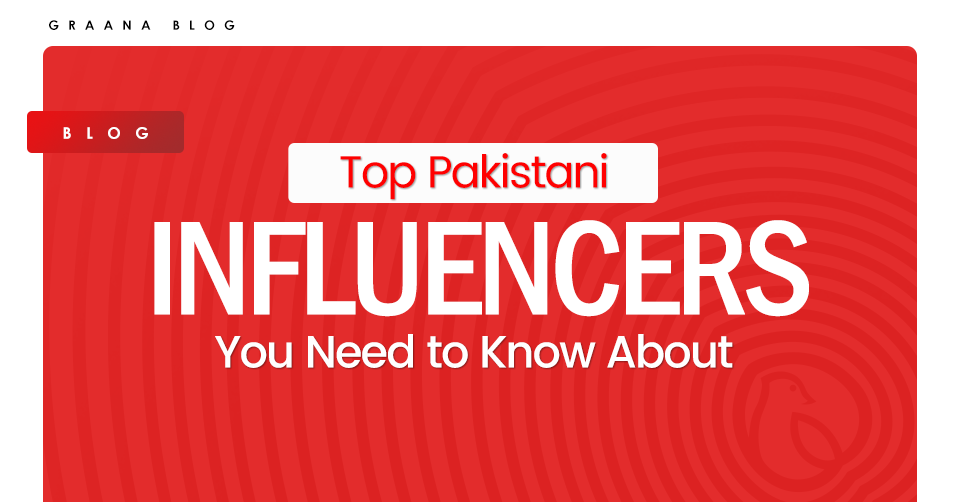 Ever since the digital revolution and internet transformation of the world took place, there has been a shift in traditional market trends. Marketing through influencers has become one of the world’s most remunerative businesses.

In Pakistan, the influencer marketing tactic arrived with delay, however, it is now making rounds on multiple social media platforms and has become the biggest source of advertising for all kinds of brands.

Graana.com, Pakistan’s smartest property portal, brings you the best names from multiple industries in Pakistan that have become big-time influencers.

Thanks to these social media stars, the marketing and influencer industry have been given a lot of importance in the past years.

Becoming an influencer is not an overnight tactic; it involves a lot of hard work that can take up to months or even years. We have gathered a list of the top influencers from different fields that are famous for their content. 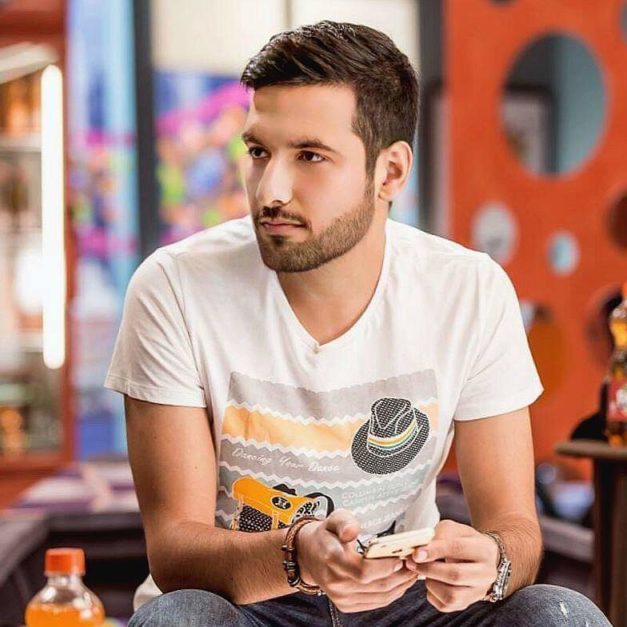 Zaid Ali started his own Youtube channel in 2010 when being an influencer wasn’t even heard of.

In 2020, Zaid Ali bagged the “Vlogger of the Year” award at the PISA Awards held in Dubai. 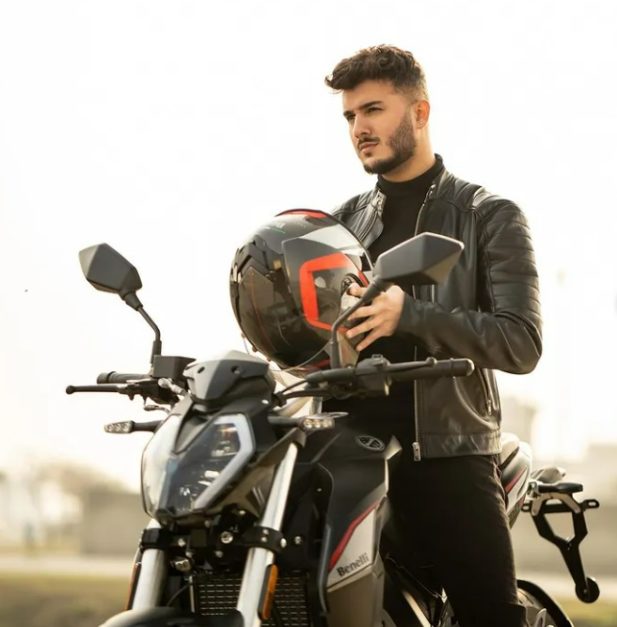 Shahveer Jaffry is one of the top influencers in the field of entertainment and content creation.

He started his Youtube journey and rose to fame by collaborating with Zaid Ali and Shaam Idrees.

Ultimately, he gained a huge fan following through his work on ‘brown culture’ and the representation of foreign Pakistanis through humorous content.

His videos impeccably depict the social conventions of being a ‘desi’ individual. 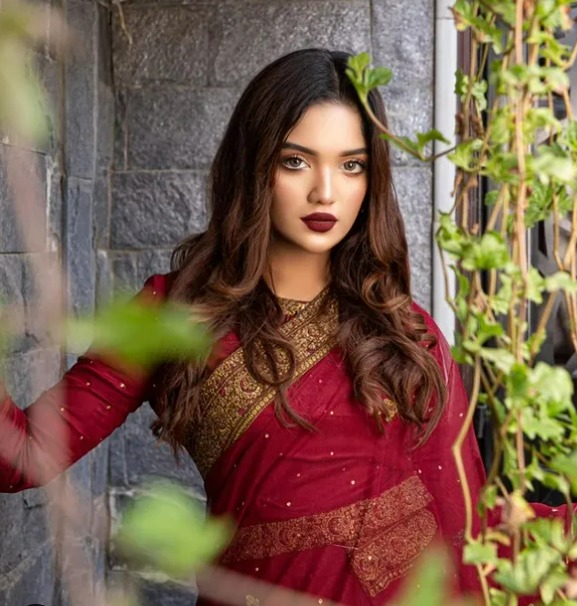 Romaisa Khan is a famous influencer who stepped into the industry via TikTok. Her videos and TikToks, featuring beauty tutorials or her modelling work, captured the hearts of many.

She shifted to Instagram alongside and gained a huge following for her humour and charm via her videos.  She is also stepping into the vlogging industry via Youtube and is gradually attaining subscribers on her channel.

Romaisa has a fan following of over 2 million people on Instagram and another 5.9 million followers on Tik Tok.

In 2021, she was awarded “Most Entertaining Instagram Celebrity of the Year” by PISA. 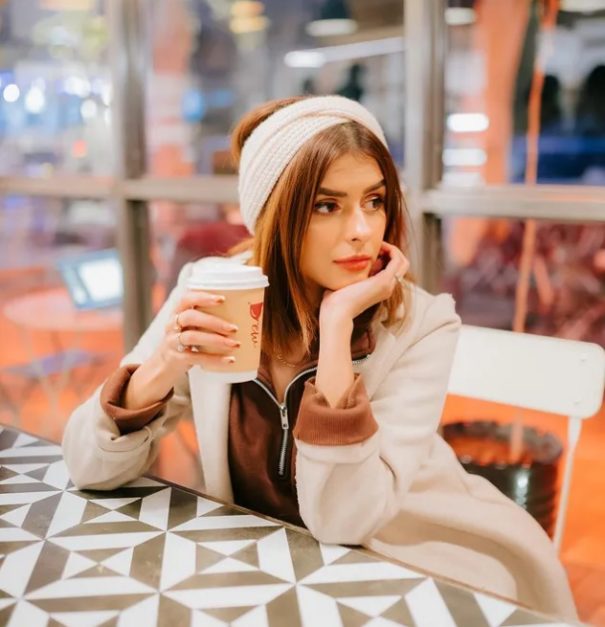 This photographer turned Instagram influencer/model has made her way to the top starting with her photography career initially.

Gradually with time, she did her shoots and started gaining immense popularity, after which she eventually became a full-time influencer.

She was also nominated for the PISA award for “Most Entertaining Instagram Celebrity of the Year”.

She works in collaboration with major Pakistani brands like Khaadi, Gul Ahmed, and many other fashion brands.

Waliya also stepped into the acting industry by trying her luck in a short drama series with famous Pakistani actor Feroze Khan.

Today, she has a whopping 1.2 M followers on Instagram. 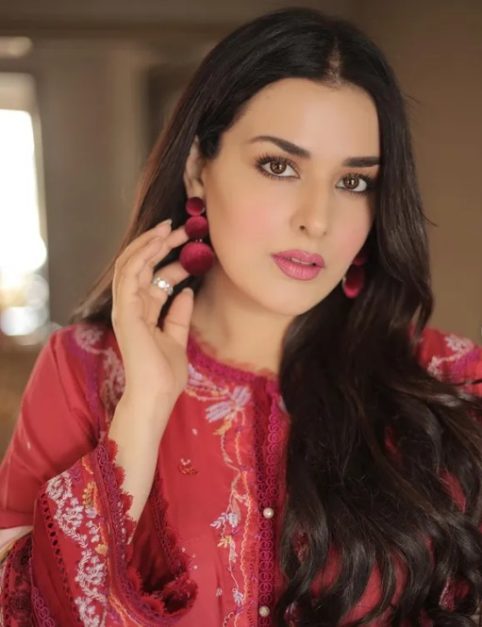 Unlike other influencers who work with brand collaborations, Natasha Ali Lakhani is a beauty guru with impeccable knowledge of makeup and skin health.

Natasha is the granddaughter of the famed Pakistani singer Madam Noor Jahan, and is a multi-award nominated makeup artist herself.

She works with bridal and fashion makeup via her own business, Natasha Salon in Karachi.

Recently, in the past couple of years, Natasha branded her social media presence as a body and skin positivity activist on her account “Beyond Beauty Natasha”.

Needless to say, Natasha knows how one can maintain their beauty, whether through diet, tips or makeup. 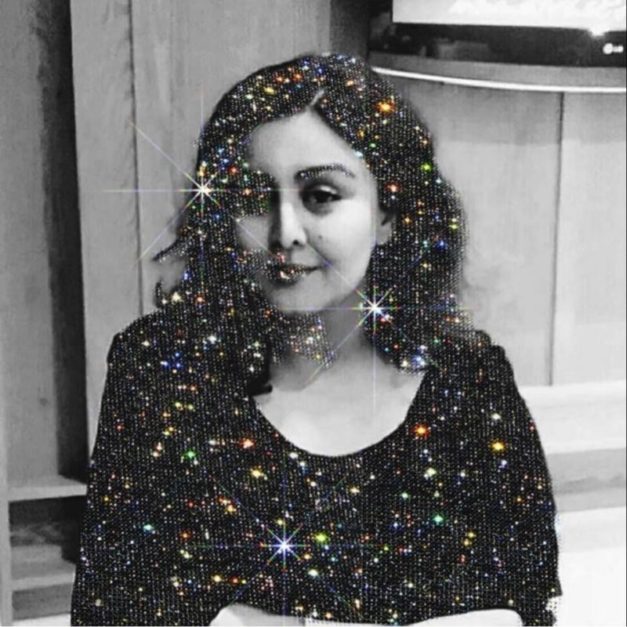 Another one of the top Pakistani influencers is the world-renowned glitter and crystal artist, Sara Shakeel.

Sara is a dentist by education and, surprisingly enough, had no formal training in the art that has earned her collaborations with brands like Elle, Vogue, Chance the Rapper and Swarovski.

She specialises in contemporary art by using glitter and Swarovski crystals, which she utilises to create both digital and physical collages on photography and three-dimensional objects.

Sara Shakeel has over a million followers on Instagram, and is known worldwide for her famous concept of “Glitter Stretch Marks”. 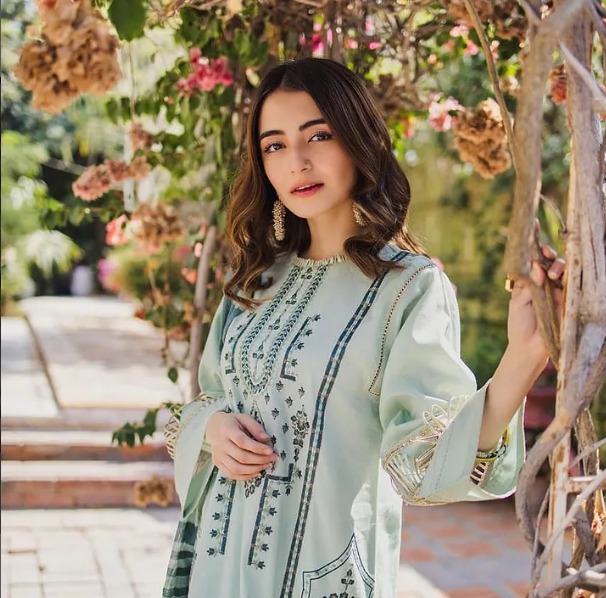 Merub stepped into the influencer industry back in 2018, with basic shoots and modelling for various local Pakistani brands.

However, with time, her close relations with Pakistani actors Hania Aamir and Aasim Azhar led to her fame and she gained thousands of followers.

Merub started working on collaborations with different brands such as Pantene, Beechtree etc. and recently showcased her acting skills in hit dramas as well.

She is a multi-talented influencer with her talents spread across modelling, acting, and brand collaborations. 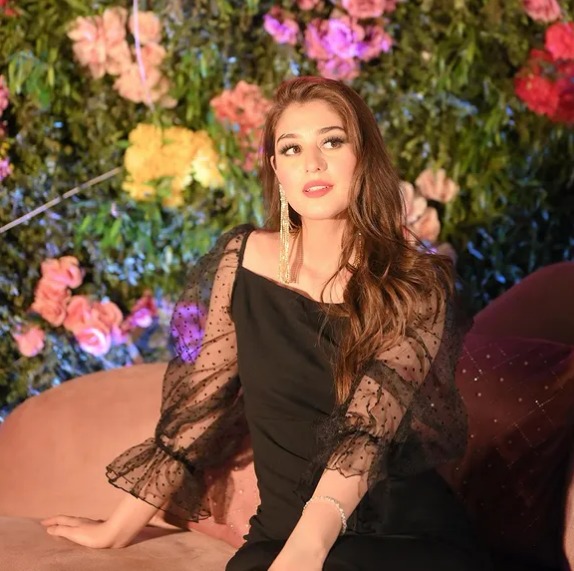 Amongst multiple makeup artists in Pakistan, Laraib Rahim quickly made her way as one of the top emerging make-up artists and influencers in Pakistan.

She is a master of her art, and the secret to her success is her transition videos. Laraib has an amazing talent for modelling and makeup.

She has also worked in collaboration with dozens of brands, and is one of the up-and-coming fashion and makeup influencers in Pakistan.

Amongst famous Pakistani influencers, Hira Attique is a well-known name.

Hira, along with her sister Hemayal, is a fashion and beauty influencer who is running their lifestyle blog, alongside being a full-time fashion influencer.

She is a modelling and beauty professional who has gained popularity through her famous partnerships with brands like Keune, Foodpanda, Leisure Club and many more.

Hira has over 700k followers and won PISA’s award of “Best Influencer of the Year” in the year 2020. 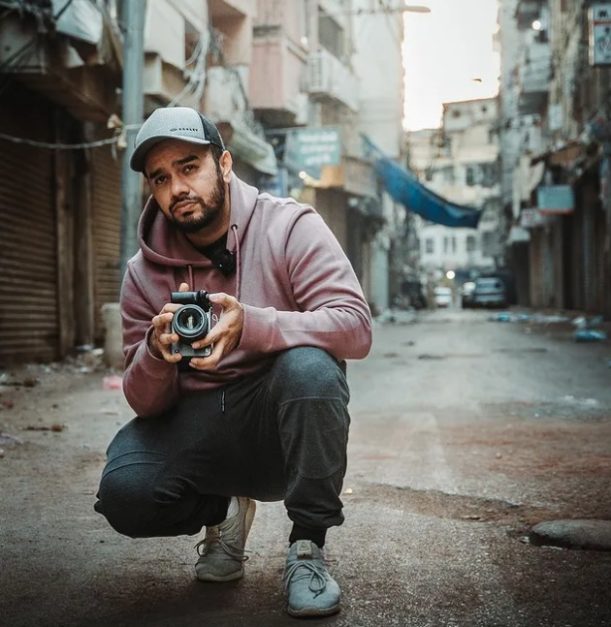 The brilliant and talented Irfan Junejo is a famous YouTuber, along with being a professional photographer/videographer.

Junejo has a vast following with over 1.2 million subscribers. He is famous for his travelling vlogs that feature the majestic beauty of Pakistan through his amazing talent for videography.

In 2021, his cinematic universe was praised internationally as a result of a special shoutout by YouTube’s official platform. 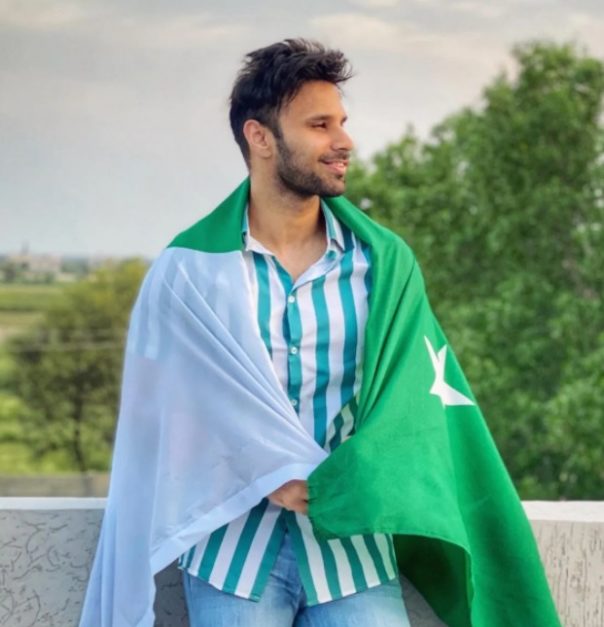 Rahim Pardesi is a singer, comedian, actor and one of the top influencers in Pakistan.  His diverse talents have led him to gain a huge fan following on not only YouTube but also on Instagram.

Over time, he also shifted to a short film series on his self-titled channel, which received massive praise from his followers.

In 2016, Rahim was awarded the “Best Video Channel” award by the Asian Media Awards for his YouTube channel. Currently, Rahim has over 3 million subscribers on YouTube. 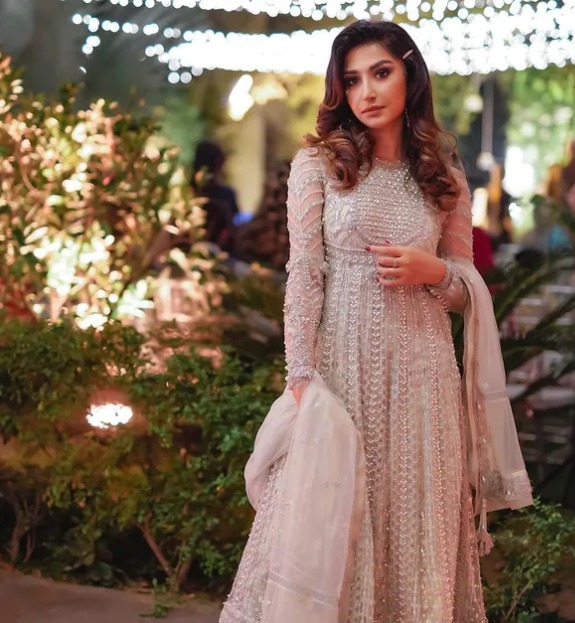 Hira Tareen is the epitome of versatility as a model, actor, DJ and content Creator. Hira started her career in Texas as a model, where she got her first break for a fashion shoot.

After that, Hira got many modelling contracts and eventually entered the acting industry of Pakistan.

In addition to her modelling talents, she is also a phenomenal actress who has worked on many big drama projects for big channels in the country. 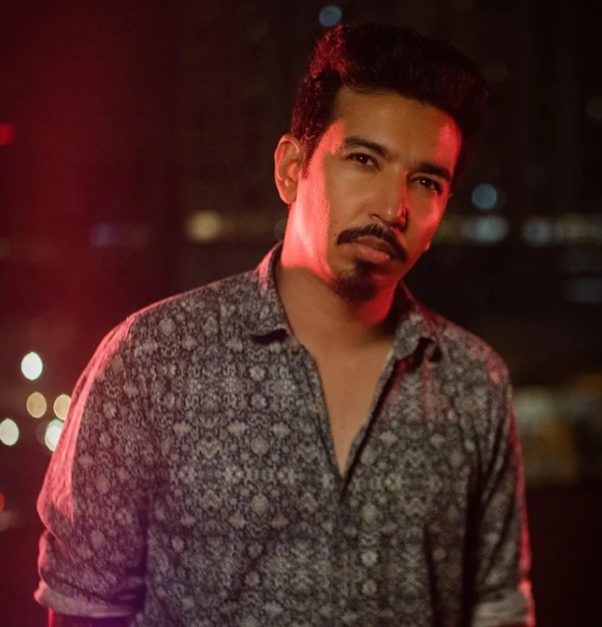 Parallel to Irfan Junejo, it would be fair to say that Taimoor Salahuddin is one of the most popular vloggers and influencers in Pakistan.

Taimoor Salahuddin is better known by his online alias Mooroo. He is a famous Pakistani YouTuber, celebrity, filmmaker and musician.

Known primarily for his comedic YouTube sketches and vlogs, he is regarded as one of the pioneers of vlogging in Pakistan.

He started his YouTube journey via song composition and vlogging. However, with time, his content grew more unique and diverse on his channel as he worked in collaboration with multiple influencers and brands.

Today, Mooroo has over a million YouTube subscribers along with thousands of Instagram followers. Because of his impeccable work, he is one of the most demanded Pakistani influencers in the industry. 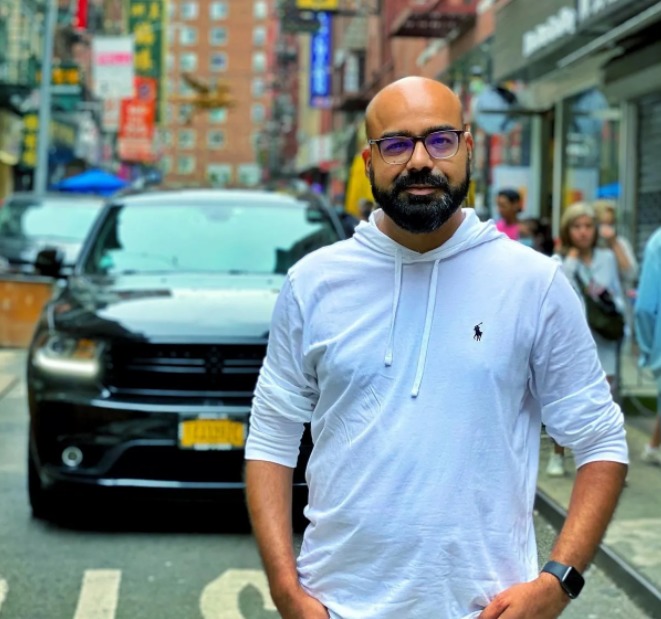 If you haven’t been a witness to Junaid Akram’s brutally funny videos, you are missing out big time.

Junaid Akram is famously known for his frank videos and funny comments that he makes on Pakistan’s current affairs as well as the global pop culture.

He has a clever talent for saying just the right thing whilst delivering it with humour.

Furthermore, Junaid is also smart in his incorporation of brands into his videos. Because of this, Junaid has earned collaborations with big names such as Nescafe, Jazz and Gillette. 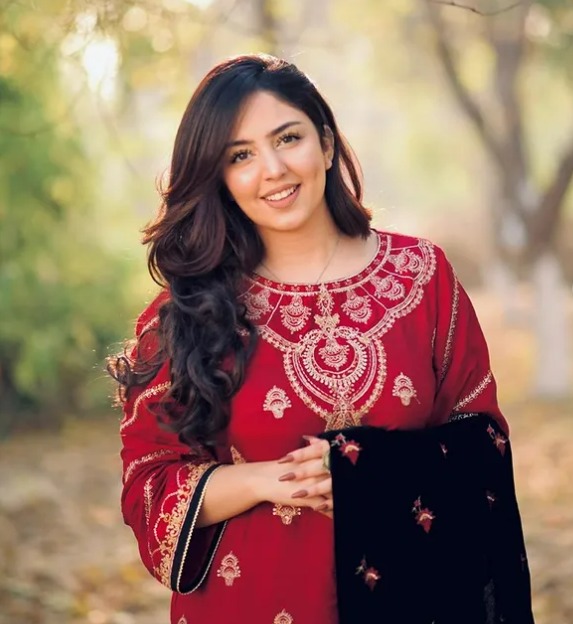 Tabeel Gillani is a lively Instagram Influencer who is also a doctor by profession.

She is renowned for her taste in fashion and makeup, and has gained a vast following on social media for the transparency in her content.

She is one of the most popular influencers in Pakistan with well-known brand collaborations, which include a variety of big names of the clothing and beauty industry. 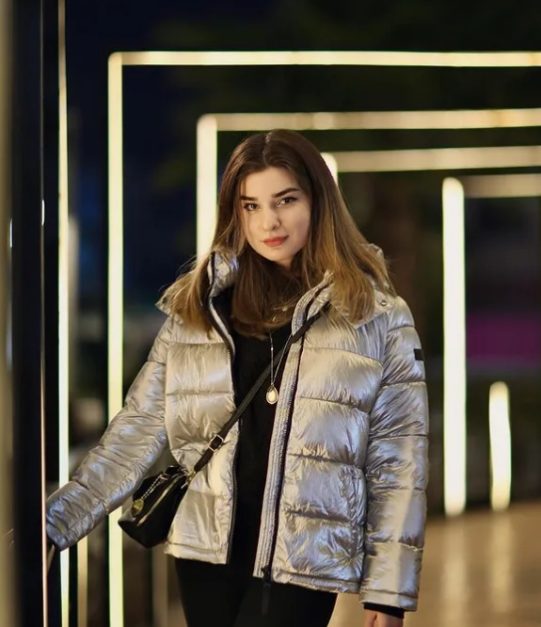 When running through this diverse list of famous influencers, mentioning Zara Dar is a must. Zara gained overnight fame for her brilliant score in ACCA, which she had topped in the world.

She is the niece of the famous Pakistani cricket umpire, Aleem Khan. It would be fair to say that Zara is an influencer with both beauty and brains. 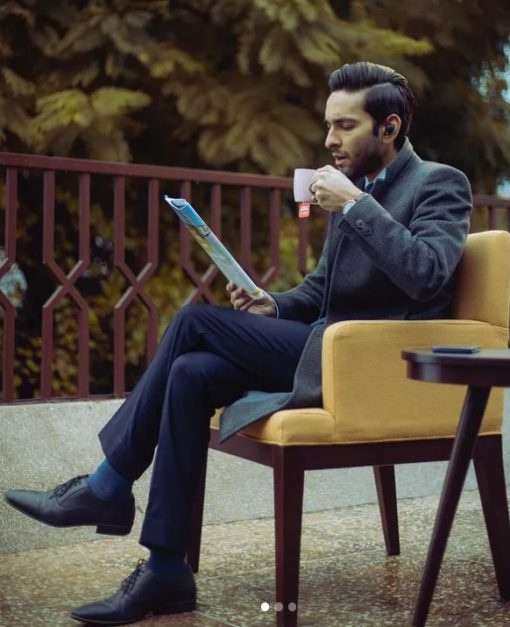 Syed Muzamil Hasan Zaidi is the founder of Lolz Studios. He is a tech enthusiast with a background in Computer Science, and is a brilliant marketer.

Muzamil Hasan has been the face of many popular brands such as Coke and Leisure Club.

He’s been featured on countless platforms including CBS News, Huffington Post and MSN Live. Besides this, he has also given several Ted talks, and is currently working to set up the first digital network and studio in Pakistan.

Furthermore, Muzamil has also hosted podcasts on his channel “Thought Behind Things”, and is one of the most popular influencers in Pakistan. 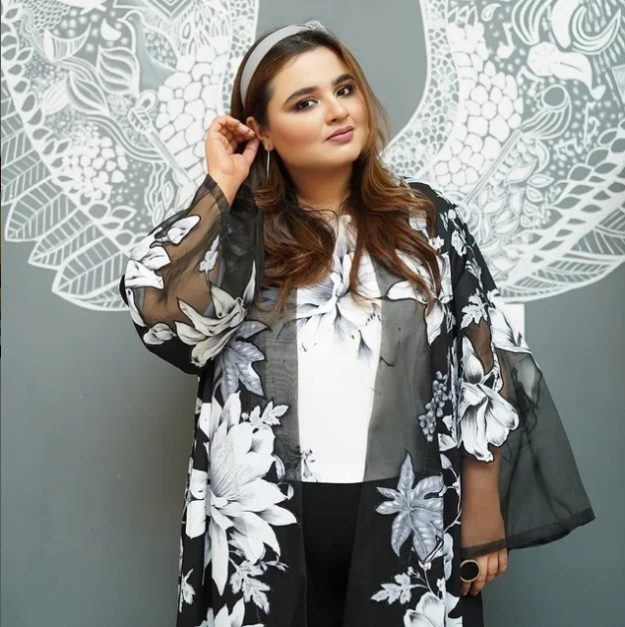 Faiza Saleem has made her way into the comedy arena and delivers the most hilarious talks ever.

Faiza Saleem is a popular Facebook and Instagram content creator, with viral comic videos that have earned her a loyal fan following. However, with time, Faiza has also served roles in multiple television shows.

She has collaborated with major actresses like Mahira Khan to make hilarious video content that has become a viral sensation in no time. 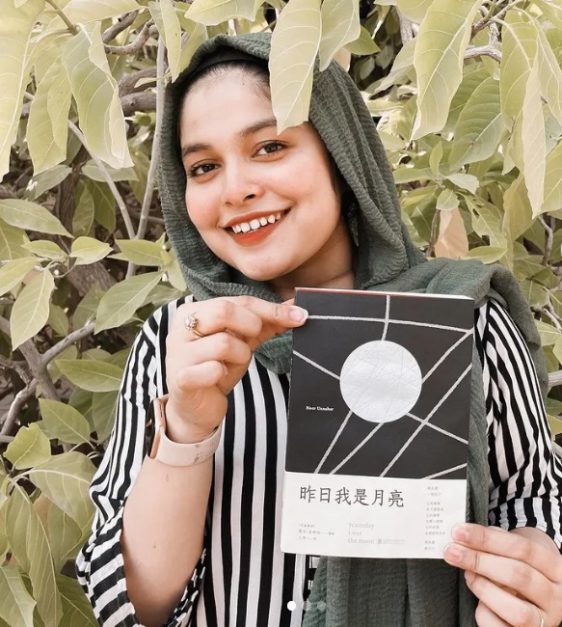 She is an expert in combining photography and art into her poetry. Moreover, her work is mainly themed on hope, home, self-love, culture, acceptance, and survival.

Noor Unnahar is the author of multiple books that have been published by world-renowned publishers like Penguin Books, Potter etc.

Her work has even been translated for the convenience of Chinese readers and is a famous book author. 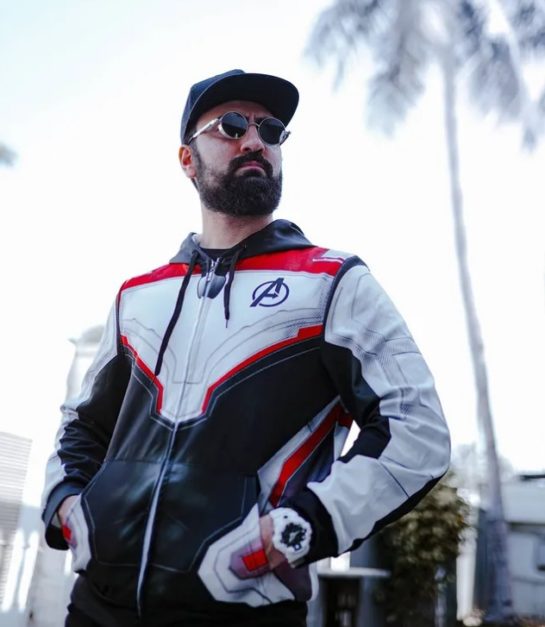 Ramish is undeniably one of the most hip influencers of Pakistan. In addition to this, he is a sneakers enthusiast, and has a wide collection of premium sports shoes that go over a hundred in number.

Besides this, Ramish is also a creative artist who has recently set up his own media firm by the name of Yar Media.

Ramish is one of the up-and-coming contemporary influencers in Pakistan.

This list only features a few unique and famous influencers in Pakistan; there are many more, belonging to different backgrounds, who are revolutionising the industry in Pakistan with their digital footprint.

If you’re looking for more entertaining articles, visit our blog at Graana blog. 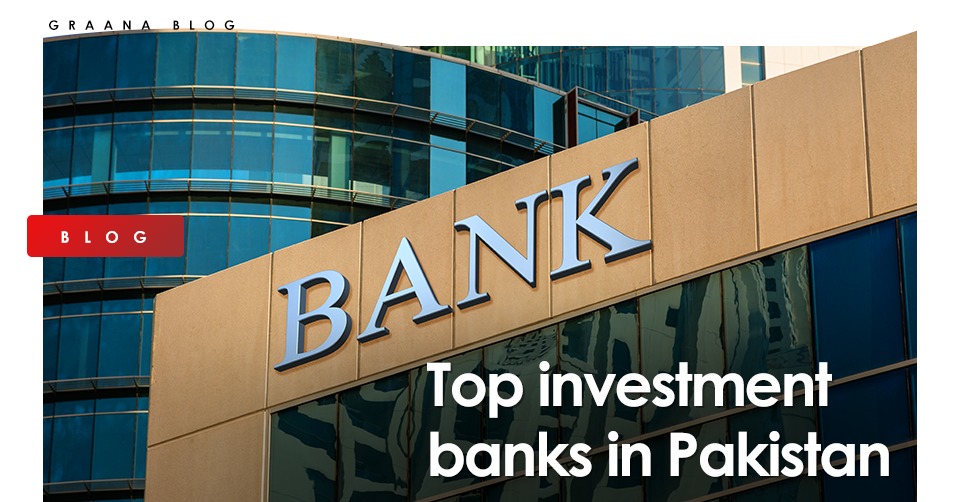