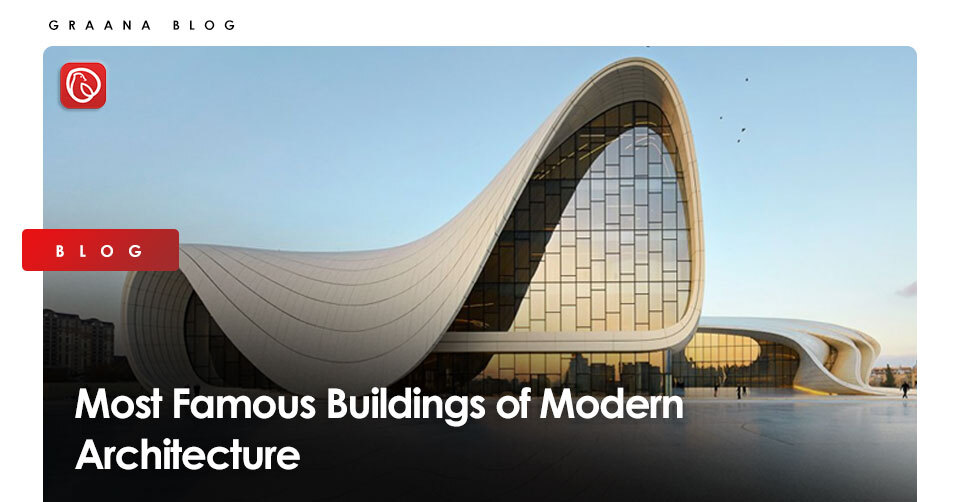 There is no doubt that the last century has been marked by some of the most incredible feats of architecture. From the soaring skyscrapers of New York to the scenic Chinese cityscape, technology and advanced construction techniques have redefined modern architecture. Graana.com, Pakistan’s smartest property portal, will take a look at ten buildings featuring famous modern architecture.

Listed below are some of the most famous buildings in the world that incorporate modern architecture:

Museum of the Future 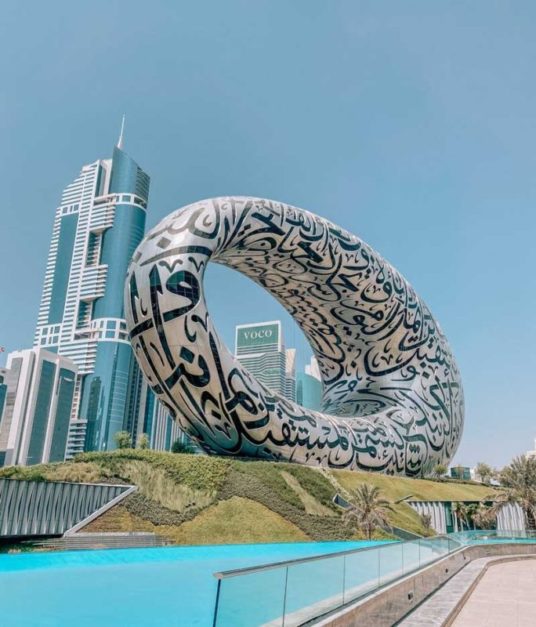 Recently constructed, the Museum of the Future (MOTF) is considered one of the biggest landmarks not only in Dubai but also in the world. It is located on the city’s superhighway, Sheikh Zayed Road.

Founded by the Dubai Future Foundation, MOTF was inaugurated on 22 February 2022. The theme of the museum is based on how society could evolve in the coming decades using modern technology and science.

The museum has futuristic architecture that attracts tourists from all over the world. It is designed by Killa Design Architects as an asymmetric torus clad in glass and steel and engineered by the Buro Happold Engineering Consultancy.

Moreover, National Geographics acknowledged it as one of the 14 most beautiful museums in the world. MOTF engages visitors and lets them explore the future of humanity and our place in the universe.

The museum is designed to be a multi-sensory experience, with exhibits that range from interactive to educational. It will also be home to a number of research facilities, which will be used to study the future of our world. 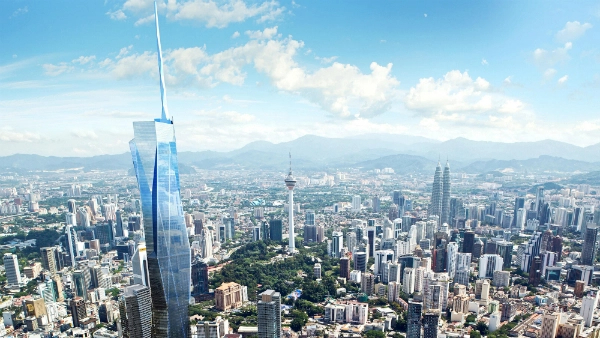 Located in Kuala Lumpur, Malaysia, Merdeka 118 is the second tallest building in the world, only behind Burj Khalifa. It stands 678 metres, right behind Burj Khalifa, which stands at 828 metres. Its proximity to two stadiums influenced the name of this building: Stadium Negara and Stadium Merdeka.

Moreover, to signify the diversity of Malaysians, the skyscraper is constructed with a variety of glass facades in the shape of diamonds.

The artwork was created to replicate and draw inspiration from Tunku Abdul Rahman’s “Merdeka!” chant and outstretched hand gesture, which he did on August 31, 1957, when he declared Malaysia’s independence.

Furthermore, 18,144 panels, 114,000 square metres of glass, and 1,600 tonnes of window frame extrusions will make up the exterior cladding. It will include the 118 Mall, luxury hotels, offices, and residences. 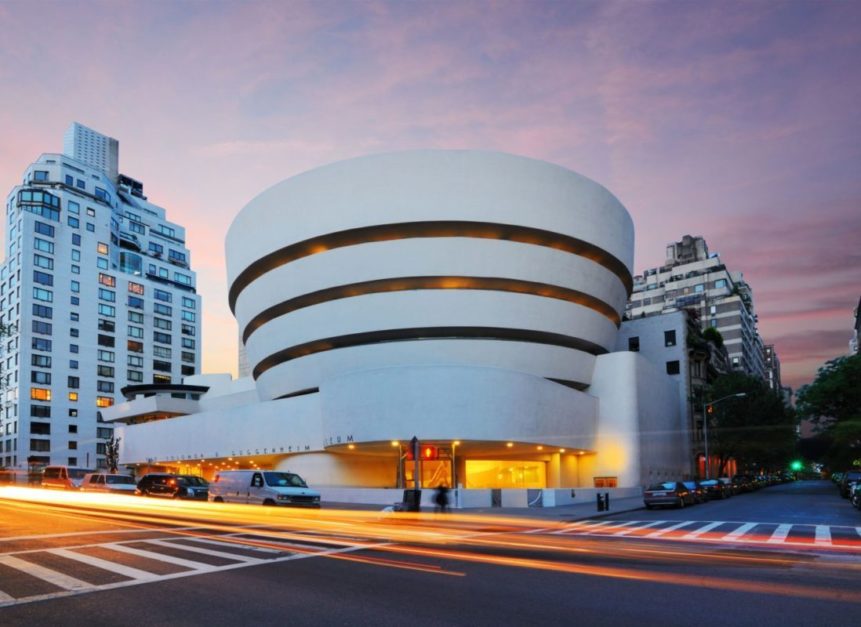 Frank Lloyd Wright’s Solomon R. Guggenheim Museum is one of the most iconic buildings in New York City. The museum, built between 1956 and 1959, is home to a collection of modern and contemporary art.

Moreover, it is also one of the most visited tourist destinations in the city, with over 1 million visitors each year.

The Guggenheim is a must-see for any art lover visiting New York City. If you’re planning a trip to the city, be sure to add it to your list of places to see. 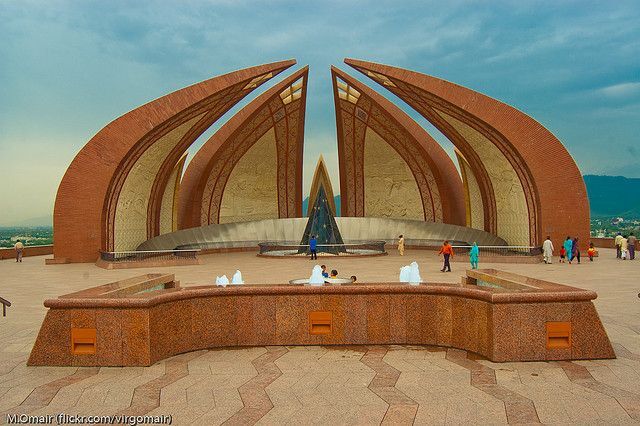 Located on the Western end of the Shakarparian Hills in Islamabad, Pakistan Monument is a national monument of the country. It was built to commemorate the sacrifices of the people of Pakistan who laid down their lives in the Pakistan Movement.

Also, the Pakistan Monument is a popular tourist destination in Islamabad and a venue for national events and concerts. It is made up of four wings that come together at a central point, symbolising the country’s four provinces.

The wings are adorned with flag holders, and the base of the monument is inscribed with the names of Pakistan’s martyrs.

The Pakistan Monument is a beautiful tribute to the country’s history and its people. If you ever find yourself in Islamabad, be sure to take the time to visit this impressive monument.

The Flatiron Building is another famous modern architecture and one of New York City’s most iconic landmarks. It is located at the intersection of Fifth Avenue and Broadway. The building was completed in 1902 and was one of the tallest buildings in the city at the time.

The Flatiron Building is a 22-story steel-frame structure with a distinctive triangular shape. The building’s name comes from its resemblance to a clothes iron, and it is said to be one of the first buildings to use a steel frame construction.

Over the years, the Flatiron Building has been home to a number of businesses, including a newspaper, an advertising agency, and a publishing company. Today, the building is largely used as office space, with a few retail businesses on the ground floor.

The tallest building in the world, standing at an absolute jaw-dropping 2717 feet with 160 stories, is considered an absolute marvel. This feat of modern engineering is a testament to human ingenuity. It is located in Dubai in the United Arab Emirates.

The combined weight of all the materials used in the Burj Khalifa has about the same weight as 100,000 elephants.

Moreover, It holds a couple of world records, including the tallest service elevator, tallest standing free structure, etc. Additionally, a few impressive sustainability systems have also been set up to irrigate the surrounding plants. 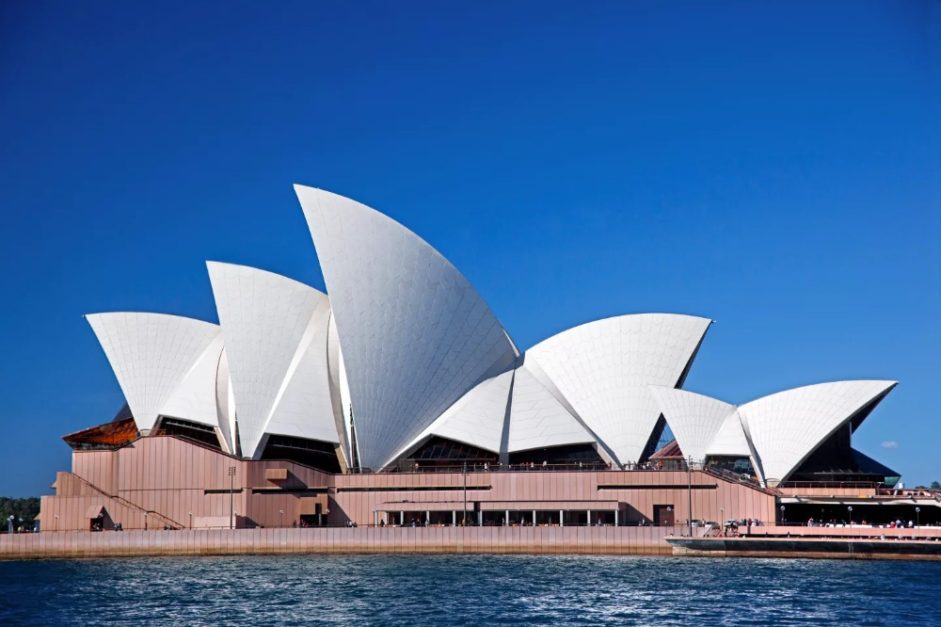 The Sydney Opera House was a finalist among the list for the new 7 wonders of the world and is now a UNESCO world heritage site. This modern piece of architecture is a multi-performing theatre for arts. Moreover, it stands at about 67 metres above sea level, and is made up of spherical precast shells that give it its distinct look.

Also, it features various theatres and recording studios for multiple performing arts. The largest concert hall has 2679 seats. It is also home to the largest mechanical tracker action organ, which houses over 10,000 pipes. 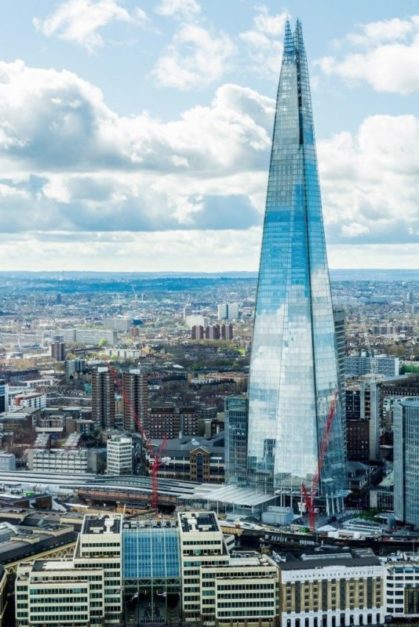 This iconic building is an incredible monument of modern London and offers some of the most breathtaking views of London. The Shard stands at a respectable height of 1016 feet.

Furthermore, it has some of the most fine dining experiences offered in the world. It gets its name from its iconic shape as the edge of the building has a shape like a broken shard of glass.

There are a number of led lights installed at the top, which create the illusion of a coloured shard of glass. 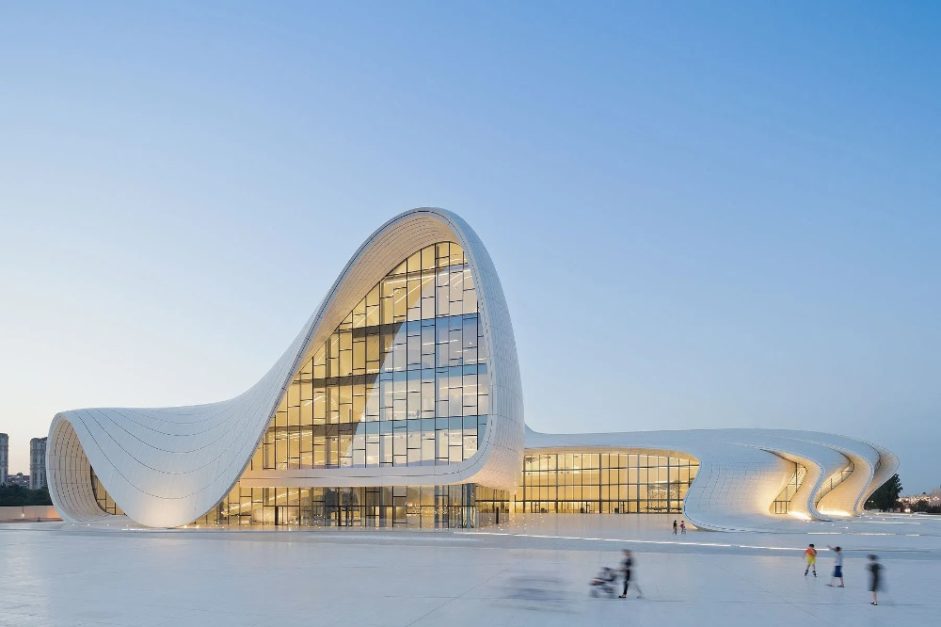 At 243 feet high, it features a neo futuristic type of architecture. It is located in Baku, Azerbaijan and is also featured on the country’s currency notes. 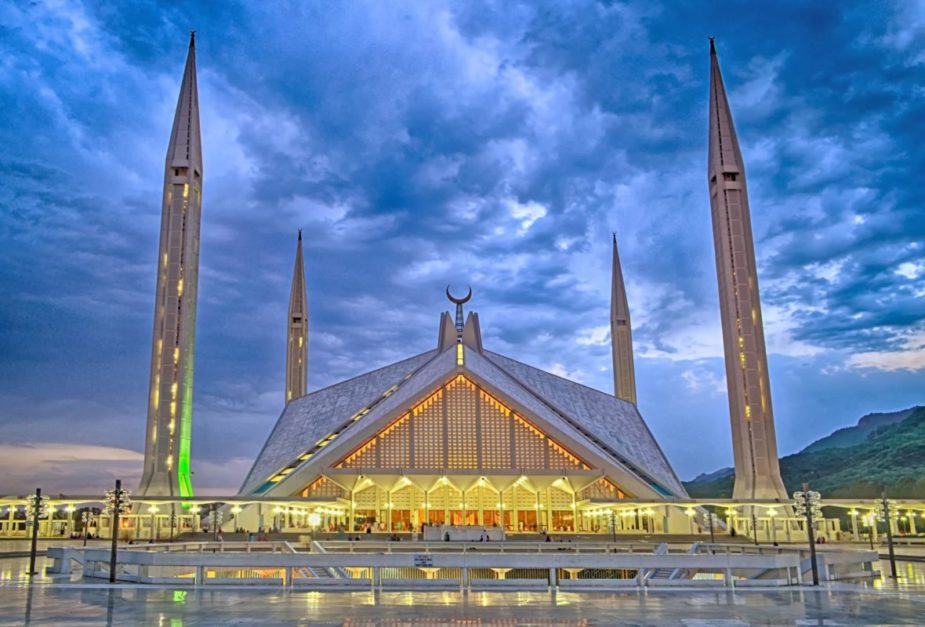 The largest mosque in South Asia and the sixth largest in the world, the Faisal Mosque is located in Islamabad, Pakistan. Set against the backdrop of the towering Margalla Hills, it is a magnificent piece of famous modern architecture that also won the Agha Khan Design Award.

Moreover, Turkish architect Vedat Dalokay designed this building, and it was considered unconventional for its time due to its slanting slopes and four minarets.

It did not have any dome as traditionally-built mosques do. Furthermore, its highest point is 300 feet, and it has the capacity to hold about 300,000 visitors at any given time. 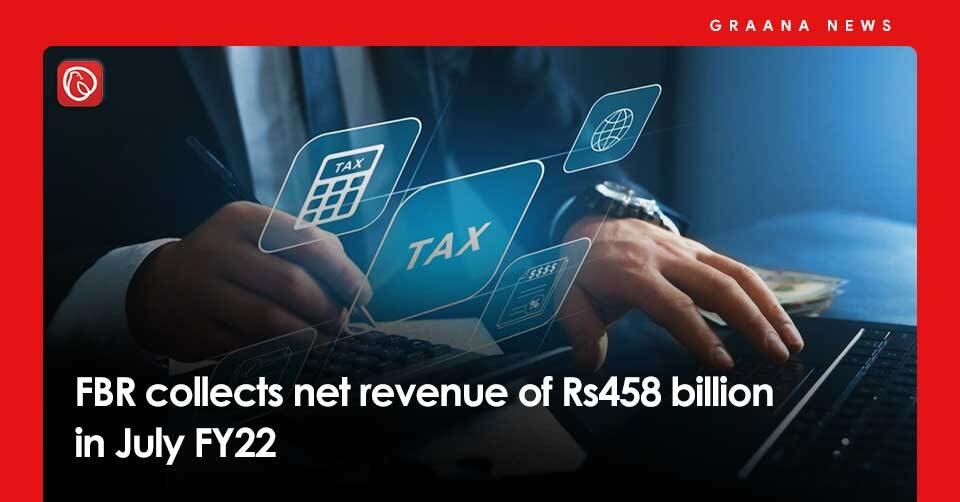