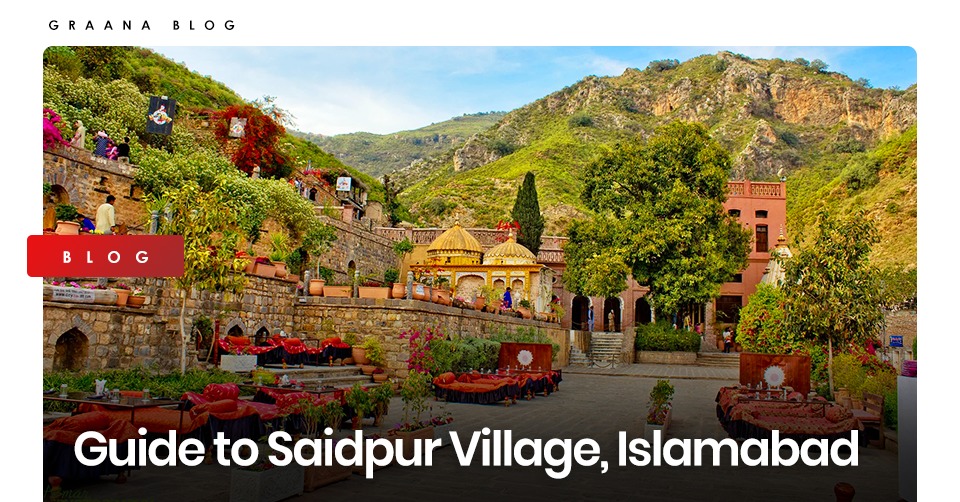 Being the second most beautiful capital in the world, Islamabad is full of scenic beauty. The clean atmosphere, well-structured streets, peaceful environment, and the surrounding natural beauty of the city allow it to stand out. Many people from all over Pakistan – belonging to different cultures, ethnicities, and backgrounds – have settled in Islamabad, hence cultivating a diverse and enriched community.

Located within Islamabad, Saidpur village is a place of cultural heritage that leans on the Margalla Hills. It is one of the oldest villages in Islamabad and Pakistan. Known for its heritage and Mughal history, Saidpur village is more than five hundred years old. Back in the Mughal era, it used to be the worship area of Sikhs and Hindus.  The village has a multicultural heritage with places of worship of different religions. It hosts a Sufi shrine, Hindu temple, and gurudwara in the same area. The colorful architecture of the historical sites and panoramic view of margalla hills attracts a lot of locals and foreigners.

Saidpur village is situated on the hill road to the east of Daman-e-Koh. Saidpur Village distance is a 5 km drive away from central Islamabad city and 20 Km from Rawalpindi city. Said Pur village is one of the Best Places to Visit in Islamabad.  Graana.com, Pakistan’s smartest property portal, has compiled a guide for you below. 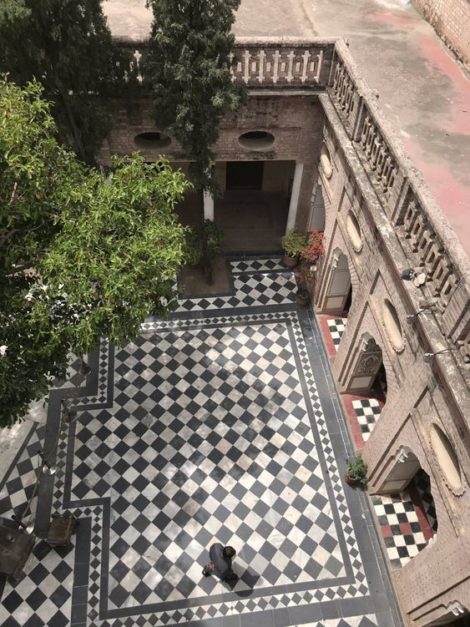 The Saidpur village Islamabad wasn’t always known by its current name, previously in 1530, it was known as the  “Fatehpur Baoli” – a tribute to its founder Mirza Fateh Ali. The village developed under the Raja Said Sultan son of Sultan Sarang Khan belonged to the “Gakhar” tribe who traveled from Iran. In 1580, Hindu Commander Raja Man Singh transformed Saidpur village into a worship place by building religious places including temples and gurudwaras. The village’s name was changed to “Saidpur Village” after Mughal Emperor Akhbar offered it to Sultan Said, who later gifted it to his daughter who was married to the Mughal emperor Jahangir – son of Mughal emperor Akbar.

Saidpur Village Islamabad used to be a garden and gathering place, where Hindus celebrated the festival of Baisakhi. In the early 20th century, a Sikh Gurdwara was built next to the temple.

Later in 2008, Saidpur Village was successfully transformed into a prepossessing village. The work to convert Saidpur into a multicultural and historical tourist attraction was started by the Capital Development Authority in 2006 under the supervision of Chairman CDA Mr. Kamran Lashari. The government of France provided technical assistance in this work and the total cost was Rs. 400 million.

Things to do in Saidpur Village 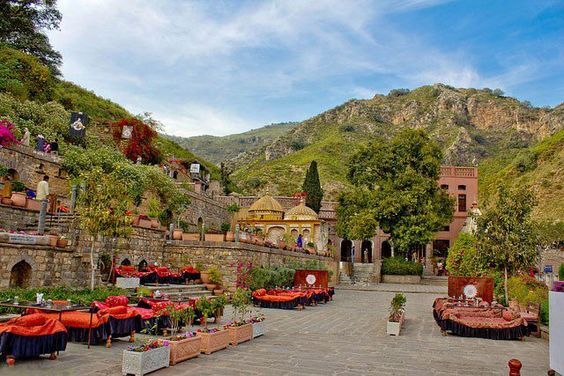 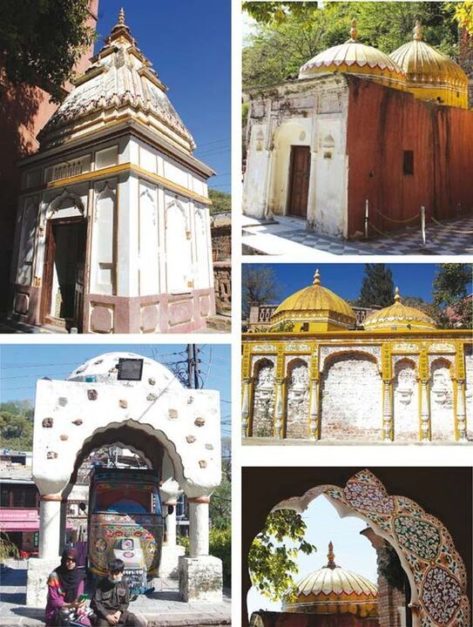 You can visit temples, Gurudwara, and the museum located in the village. However, there are local tour guides who can take you on a tour and explain the history of the village, temples, and museum. 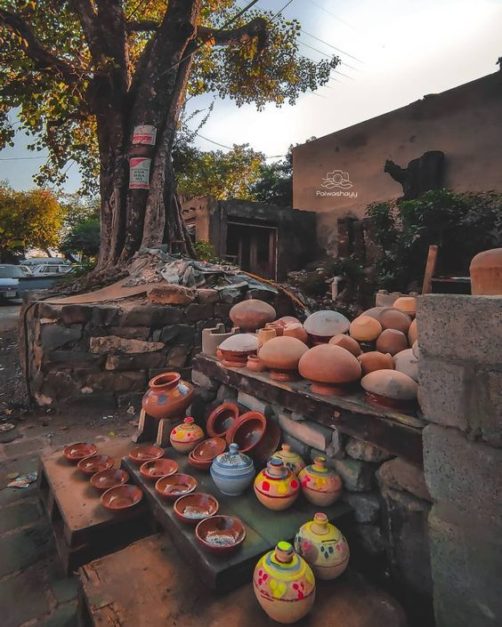 The village has small antique shops where you can buy jewelry and antique items. However, it also hosts a few art galleries where you can witness the area’s historical art. 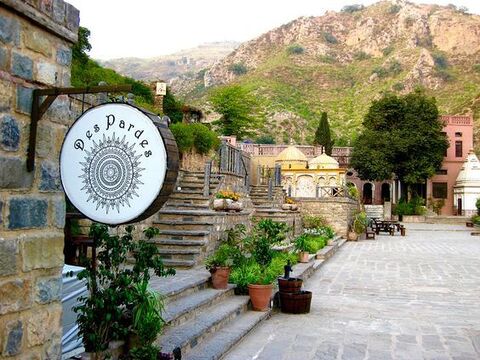 After the conversion of Saidpur into a village, several traditional restaurants and cafes have opened up. Many locals and foreign visitors come to these restaurants for family dinners and get-togethers.

Furthermore, many residents of Islamabad like to enjoy their evenings at this beautiful place. Saidpur Village restaurant menu offers ethnic cuisines with a beautiful scenic view of margalla hills. We have listed some of the most popular restaurants available in Saidpur village. 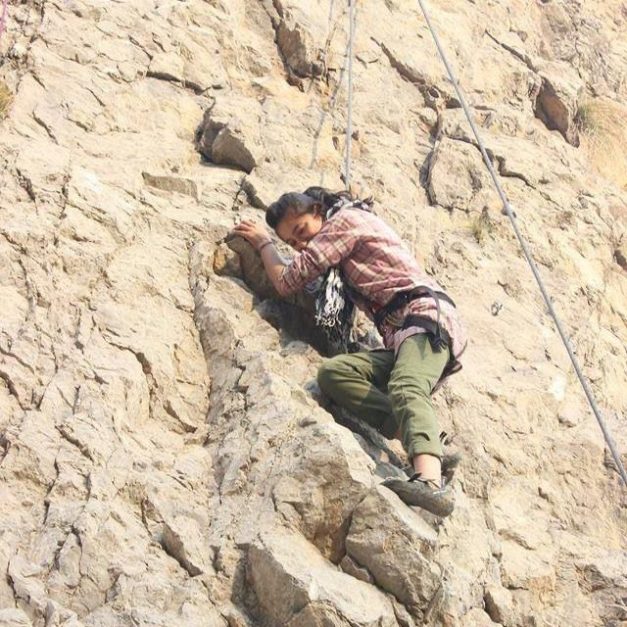 After crossing the residential area of Saidpur village Islamabad, you will come across a rock-climbing spot. Adventure sports companies often organize joint events on the spot. A person pays PKR 1200 per day for Rock Climbing.

In addition, Companies also organize training events where students are given introductory lectures on rock climbing along with a detailed lecture on climbing gear. After this, a professional climber gives a climbing demonstration.

Furthermore, visitors can take a 5-minute detour from rock climbing and reach the hiking trail number 5 in the Margalla Hills National Park. The trail joins with trail 3 and ends up at Monal, above Saidpur Village Islamabad.  The trail was closed to the general public in the past but now you can go for a hike with your friends and family. 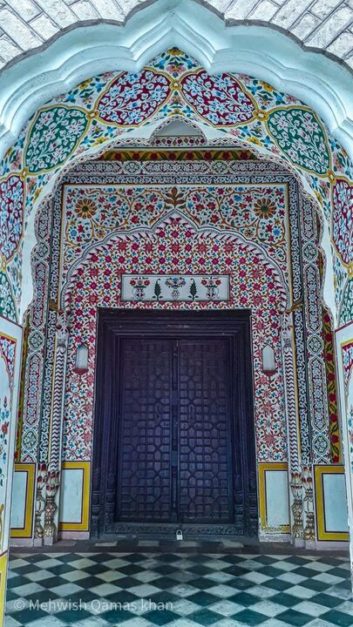 Apart from recreational activities, plots for sale in Saidpur village Islamabad are also available. Despite  CDA’s renovation of the area, the residents of Said Pur Village still reside there. Most of these residents head over to Islamabad for work and employment.

In a nutshell, Saidpur village enjoins the cultural heritage from pre-partition times with modern-day technology. Despite attracting thousands of tourists, one can still see the essence of simple village life. 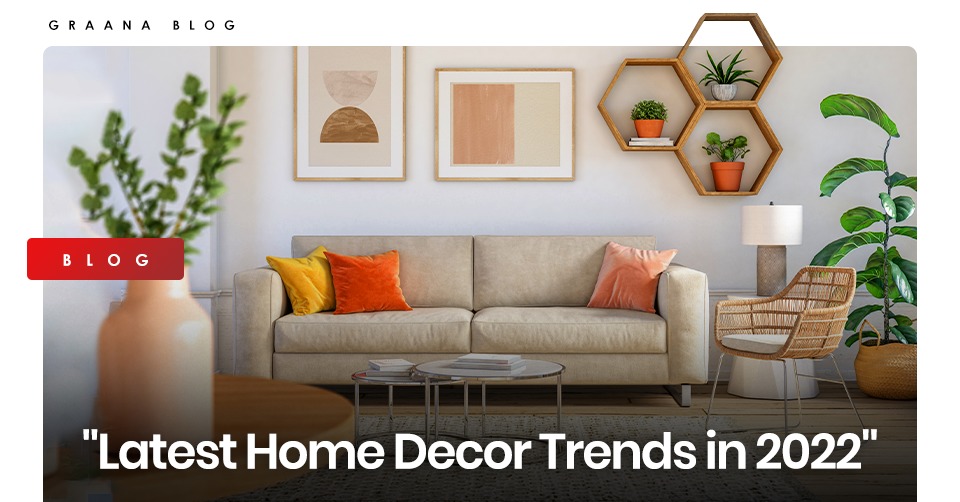