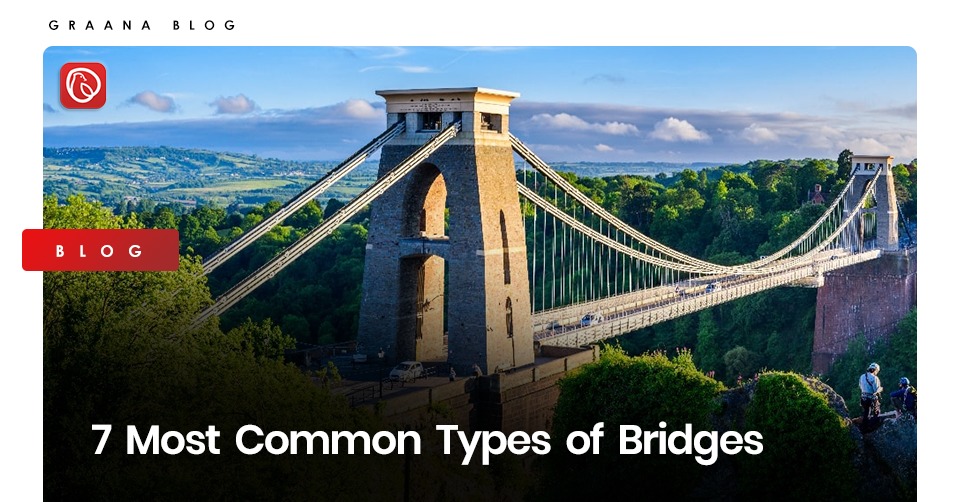 There are many different types of bridges that can also be grouped into two broad categories: concrete and steel. These are both durable materials that can withstand outdoor elements, which is why they are commonly used in construction.

Graana.com discusses the designs of various types of bridges, along with the materials used. Serving as a connection between any two destinations that are separated by rivers, roads, and valleys, bridges create a link for social and economic activities. Every year, more than 2 billion people use a bridge somewhere in the world.

Bridges are a critical part of a place’s infrastructure that allows the movement of people and goods around the globe without having to rely on boats or planes. They also help improve trade between countries by reducing shipping costs and time.

Wood, stone, iron, and concrete have traditionally been the four main building materials used for the construction of bridges. Out of these, iron has been primarily used in building modern bridges. 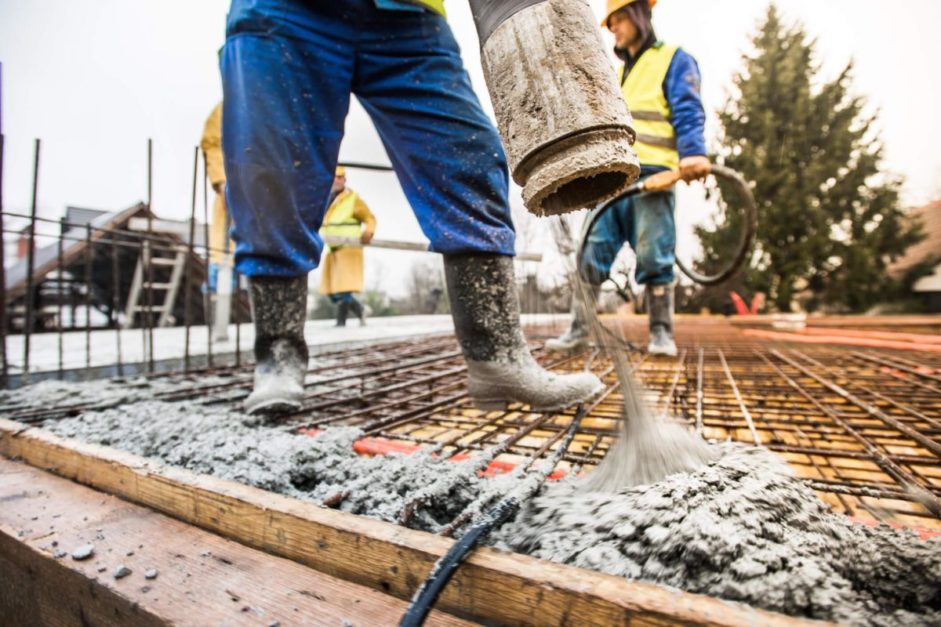 Concrete is a synthetic stone created by combining water, sand, gravel, and a binder like cement. It is strong in compression and weak in tension, much like stone.

Reinforced concrete is a type of concrete that has steel bars inserted throughout. Because the steel carries all of the tension, reinforcement enables less concrete to be utilised. Additionally, the concrete shields the steel from rust and fire.

One significant type of reinforced concrete is prestressed concrete. In a typical procedure known as post-tensioned prestressing, reinforced concrete beams are cast with longitudinal holes for steel tendons (cables or bars), but the holes are curved upward from end to end, and the tendons, once placed inside, are stretched and then attached at the ends.

The two anchored ends are pulled together by the tendons, which are now under intense tension, compressing the beam. Additionally, the curved tendons exert an upward pull, which the designer can use to counterbalance much of the downward load that the beam is anticipated to carry.

Prestressed concrete results in less complex designs that are usually less expensive than designs utilising reinforced concrete, since it minimises the quantity of steel and concrete required in construction.

Iron can be refined even further to create steel, which is stronger than any form of iron and outperforms it in both tension and compression. Steel can be produced in a variety of alloys, some of which are five times stronger than others. These are referred to as high-strength steel.

Steel is created from iron, after which it is used to make reinforced and prestressed concrete. All of these materials are used in the construction of modern bridges.

Despite being rather weak in tension and compression, wood has virtually always been widely accessible and reasonably priced. For small, light-duty bridges like footbridges, wood can be used. Some contemporary bridges now include laminated hardwood beams and arches.

While weak under stress, the stone is powerful under compression. It is mainly used for piers, abutments, and arches.

Most Common Types of Bridges

Following are some of the most commonly found bridges in the world: 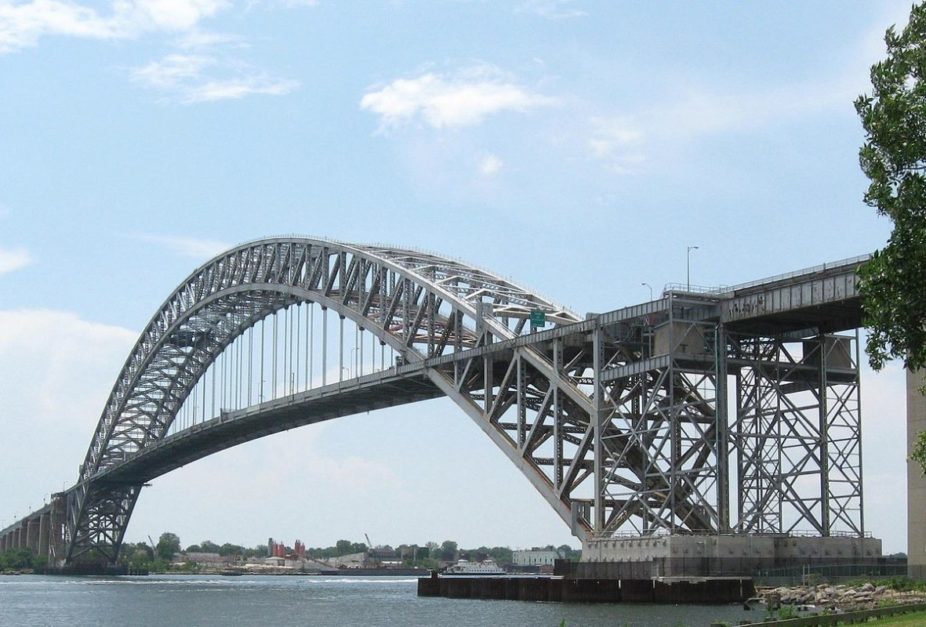 This is a bridge that has an arched or curved structure. The curve of the arch should ideally be smooth, otherwise, it can have a negative effect on its strength and integrity.

The most common types of arches are the semicircular bowstring type and the curved chord type. Both can be reinforced with metal strips called trusses, which add tensile strength to the structure. These trusses are usually used for longer bridges as opposed to shorter bridges.

A beam bridge has a single main span with support piers on either side. The piers can be made from steel, concrete, or stone. The main span is supported by two rows of beams, which form the roadway.

This type of bridge is often called a through truss bridge because it has no vertical members on the outside (as opposed to a girder bridge). A beam bridge allows vehicles of different sizes to pass safely underneath it.

Beam bridges can be found all over the world, but they are most common in Europe and North America.

A cable-stayed bridge is simply a type of suspension bridge, as the name suggests. However, unlike suspension bridges, there are no main vertical cables supporting the structure, but little suspenders instead that are connected to the top of its host tower.

These vertical suspenders, which support the bridge’s deck by applying tension to keep it upright and stable, increase the structure’s stability.

These are constructed with cantilever construction methods. They are supported by pillars that are vertically screwed into the firm ground underneath them. Depending on the structural needs of the project, these pillars are utilised to support and reinforce a horizontal deck of the bridge that stretches in either one or both directions.

A cantilever bridge’s special design ensures that the structural load is evenly distributed above and below the building. This exceptional capacity for load management keeps the bridge in place.

Suspension bridges are among the most identifiable bridge types, particularly in the western world, due to their distinctive design and construction. Built in 1937, the Golden Gate Bridge in San Francisco, California, is a famous structure that welcomes millions of tourists every year.

It is one of the tallest and largest suspension bridges in the world, rising to a height of roughly 746 feet and measuring more than a mile in length.

Tall vertical pillars on suspension bridges keep them stable. These pylons are also connected to little suspenders and the main cables of the structure. These are the key components of the structure that provide tension-based support.

Suspension bridges are flexible because they dangle and sway in the air between a few pillars or towers. Standing on a suspension bridge, you may easily sense vibrations brought on by moving vehicles and high winds.

They rely heavily on this mechanical resonance to maintain and strengthen their structural integrity.

A tied arch bridge is a structure that is based on an overhead arch, as opposed to an arch bridge. It combines the essential structural features of suspension bridges and arch bridges. By supporting the middle arch, the horizontal force from the bridge’s two ends keeps the structure upright.

By regulating the load and maintaining the stability of the bridge, the compression of the arch balances the tension on the vertical cables. Typically, arch bridges are used to connect any two areas that are separated by water.

Ayub Bridge, often referred to as Ayub Arch, is an incredible example of a tied-arch bridge that is located in Pakistan. The bridge was finished and inaugurated by Pakistan’s then-Prime Minister Ayub Khan in 1962. It has a massive structure that is 806 feet tall and 207 feet long.

Early in the 19th century, truss bridge construction was rather prevalent. However, the design of these bridges was quite expensive, and substantial quantities of construction materials (formerly either wood, iron, or steel) were required to actualize it. Due to this, it is no longer seen as a sustainable form of infrastructure.

These are the earliest forms of bridges because they predate the use of steel in infrastructure, and were constructed using wood and iron. The Cottonwood River Pratt Truss Bridge, an eminent example of a truss bridge, was erected in Kansas, USA, in 1916.

One of Pakistan’s most notable bridges is the hybrid Lansdowne Bridge, which is situated close to Ayub Arch in Sukkur, Sindh. It has structural characteristics of both cantilever and truss bridges and spans the River Indus for around 790 feet.

Since its completion in 1889, Lansdowne Bridge has played a significant role in tying together the region’s railway connections. 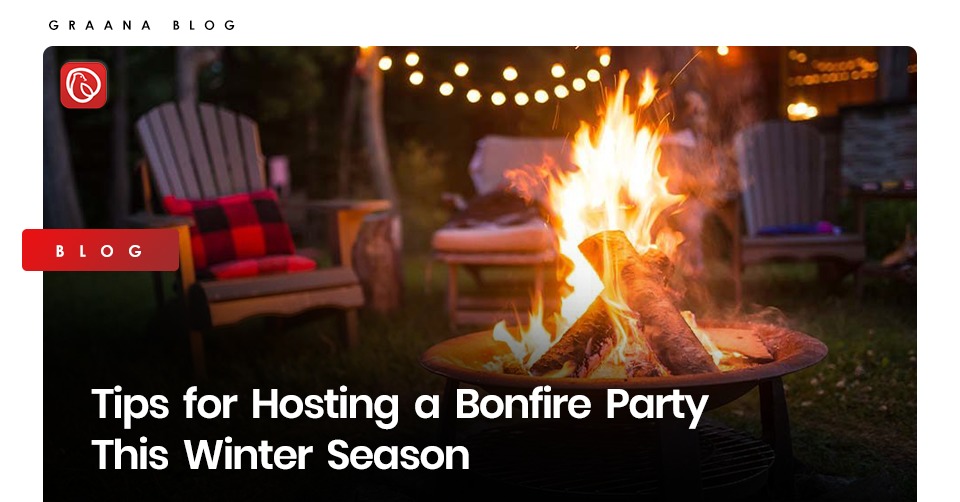 Tips for Hosting a Bonfire Party This Winter Season