Home » Tourism » All you need to know about Mohenjodaro and Harrapa 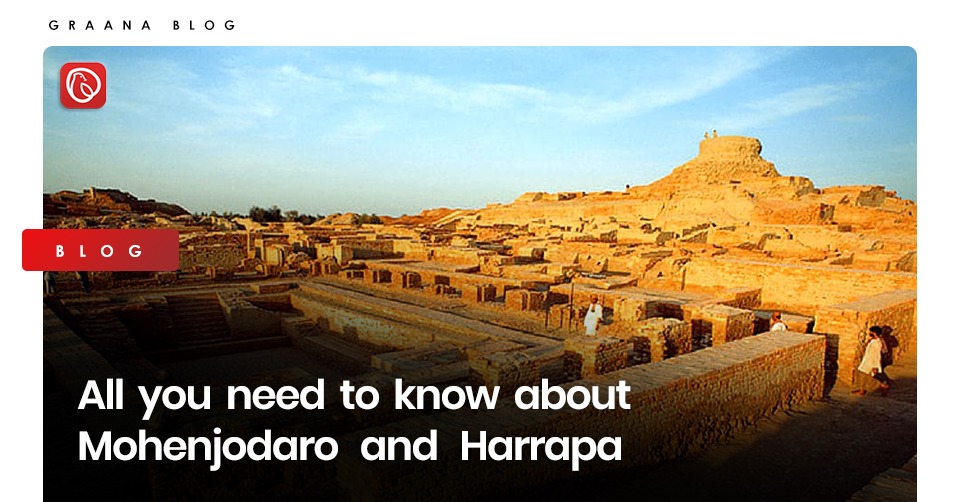 Mohenjodaro and Harappa are two cities located in the Indus Valley civilization, one of the earliest civilizations in human history. The two cities are believed to have been built around 2600 B.C. and are located in present-day Pakistan and parts of western India.

The Indus Valley civilization was highly advanced for its time and had trade connections that extended across the region. Mohenjodaro and Harappa were two of the most developed cities of the ancient Indus Valley and had planned drainage and sewage systems, large granaries, fortifications, and great public baths.

The cities were laid out orderly, with wide streets, lanes, and systems to dispose of wastewater. The cities help us understand the importance of town planning. Both cities show evidence of technological and cultural sophistication. Graana.com brings you all you need to know about Mohenjodaro and Harrapa. 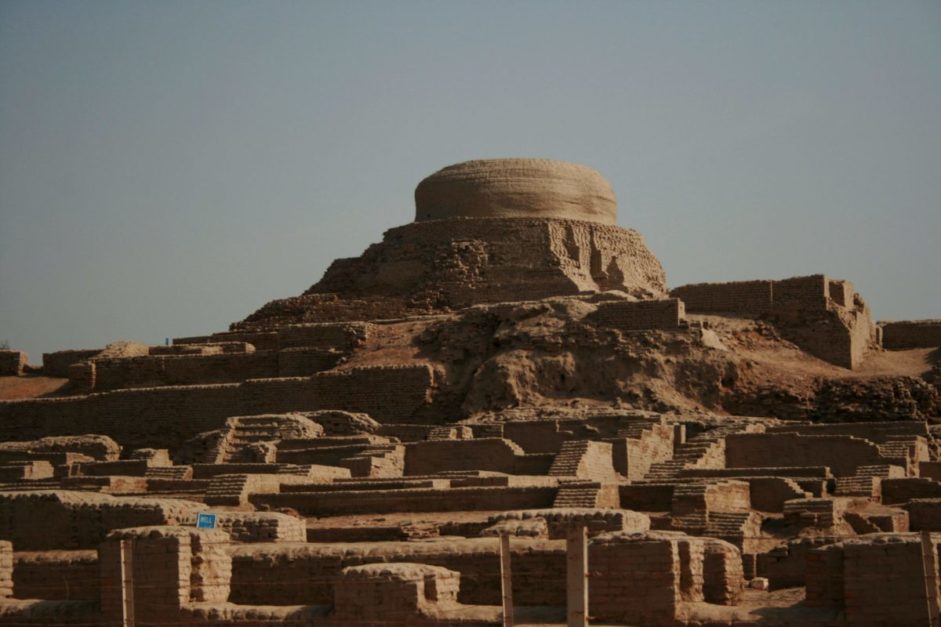 The cities are one of the ancient places in the world. Mohenjodaro and Harrapa had separate portions reserved for manufacturing and trade activities. Even though they were two distinct settlements they shared many standard features such as the grid-like city layout, pre-planned streets and lanes, fortified walls, and large granaries.

Mohenjodaro is the larger of the two cities, and it has more advanced features such as an advanced drainage system, advanced water supply, and a Great Bath.

The Great Bath at Mohenjodaro is one of the most impressive structures from the era and it is believed to have been used for bathing before festivals, or for sanitary purposes. 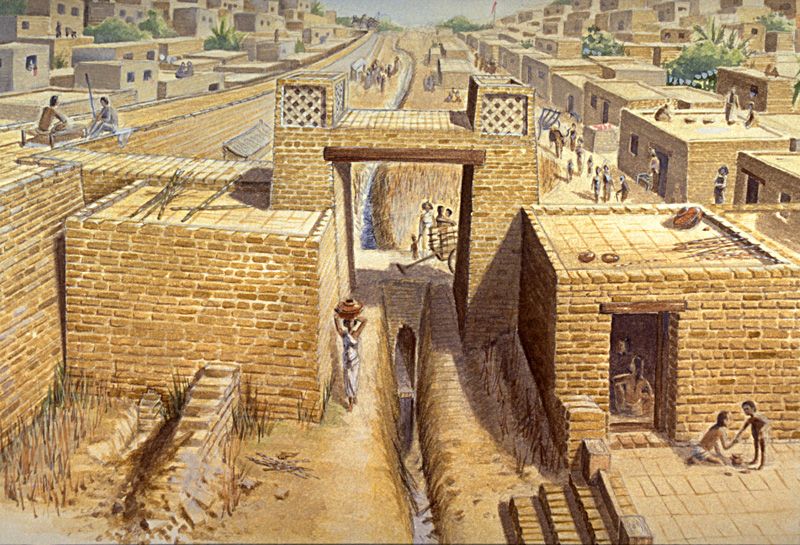 Harappa, located to the west of the Indus river, is smaller than Mohenjodaro, but it shows evidence of similar kinds of urban planning and engineering. Harappa also has a large public bath and several granaries, as well as a fortification wall which is believed to have been used to protect the city from intruders.

The ancient cities of Mohenjodaro and Harappa were built in the late third millennium B.C. and flourished for over 900 years throughout the Indus Valley region. The two cities, located in present-day Pakistan and India, had a highly-advanced urban infrastructure.

Both cities had large granaries for storing food and large public baths. The Indus Valley Civilization is believed to have traded with other regions and had ties to the Eurasian landmass and Egypt. The people are also believed to have used a common script between the two cities.

The sudden decline of the civilization is thought to have stemmed from environmental factors such as a change in the course of the river as well as population decline. Despite its abrupt collapse, the Indus Valley civilization left behind an impressive legacy of engineering, culture and advanced technologies. 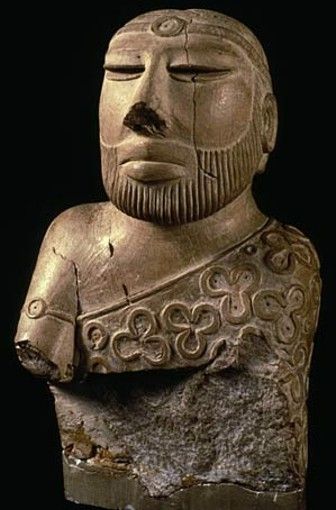 The ruins of Mohenjodaro and Harappa still contain a wealth of artifacts that give us valuable insights into the ancient civilization. Archaeological excavations have revealed a treasure trove of artifacts including clay tablets that have allowed us to learn more about the writing system of the time.

Seals, beads, and jewelry have been found all over the sites, as well as terracotta, ivory, and stone sculptures. A famous example is the sculpture of a ‘dancing girl’ which is now a cultural symbol of the Indus Valley civilization.

The buildings themselves show evidence of engineering techniques, such as the use of baked bricks and timber components. The artifacts found at these sites give us a glimpse into the lives, culture, and advanced technologies of the people of the ancient Indus Valley civilization.

Travelling to Harappa in Pakistan

Visiting Harappa in Pakistan is an amazing experience, allowing visitors to explore the ancient civilization up close and personal. The city of Harappa is located in the Sahiwal District of Pakistan and is accessible by train, bus, and air from other cities in the country.

Once in the area, visitors can explore the ruins, visit nearby destinations, and experience the local culture. Visiting Harappa provides a unique opportunity to explore one of the earliest and most advanced cities of the ancient Indus Valley civilization.

Visitors will be able to explore the ruins and artifacts discovered in the city as well as learn about the culture and religion of the Indus Valley people. Many of the local restaurants serve traditional Pakistani and Indian cuisine, which visitors can enjoy in a relaxed and friendly atmosphere.

Whether traveling solo or with friends and family, a trip to Mohenjodaro and Harrapa is sure to be an unforgettable and unique experience.

Travelling to Mohenjodaro in Pakistan

Visiting the ruins of Mohenjodaro in Pakistan is an educational and unforgettable experience. The ruins are located in the Larkana district of Sindh and are accessible by train, bus, and air from other cities in Pakistan. You can visit Mohenjo Daro by air from Karachi, then it will take you around an hour to get there.

The railway station that is close to Mohenjo Daro is Dokri, which you may reach with the aid of the Khushal Khan Khattak express. Every night at roughly 9 o’clock, the train departs from Karachi, and the trip takes around nine hours. Many residents and visitors use rickshaws and cabs to get from Larkana to Mohenjo Daro.

Once at the site, visitors can explore the ruins and learn about the daily life of the people of the Indus Valley civilization. The ruins of Mohenjodaro, which are designated as a UNESCO World Heritage site, feature a wide array of artifacts.

Visitors can also visit the local community and explore the nearby cities and traditional villages. Despite being thousands of years old, the ruins of Mohenjodaro still stand as a testament to the advanced and sophisticated culture of the Indus Valley people. Visiting Mohenjodaro and Harrapa is sure to be a captivating and educational experience.

The cities of Mohenjodaro and Harappa were two of the most advanced cities of the ancient Indus Valley civilization. Despite the cities being destroyed and their inhabitants now forgotten, these two cities have left behind a legacy of engineering, culture, and advanced technologies that continue to awe visitors and archaeologists today.

The ruins of Mohenjodaro and Harappa provide an insight into the daily lives of the Indus Valley people and offer us a glimpse into the past.

Visiting Mohenjodaro and Harrapa is an unforgettable experience, allowing visitors to explore the impressive artifacts and learn about the fascinating legacy of this ancient and advanced civilization. 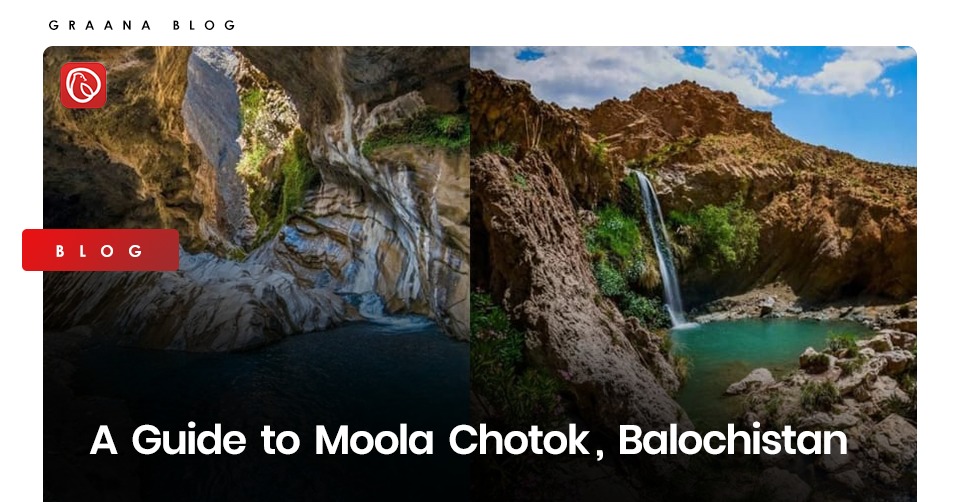 A Guide to Moola Chotok, Balochistan