Home » Tourism » An Overview of Places to Visit in Sialkot 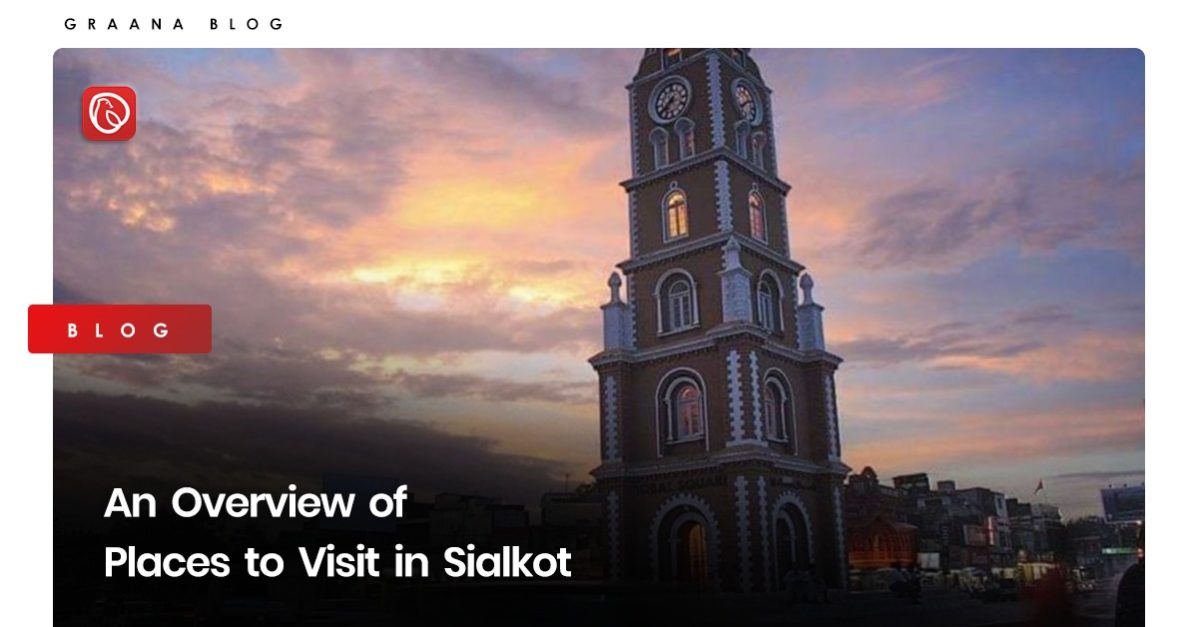 Sialkot, found in the province of Punjab, ranks as the 13th most populated city in Pakistan and serves as the district capital. The city of Sialkot is well-known for the production and export of a wide variety of goods, including surgical devices, musical instruments, sporting goods, leather goods, textile goods, and many more. As a result of the city’s exports as well as the money sent back by Pakistani workers living abroad, Sialkot is Pakistan’s second-largest source of revenues in foreign currency. There are a number of places to visit in Sialkot as well that you can visit with your friends and family.

In the year 633, the Chinese traveller Xuanzang stopped by the city, and during his time there, he wrote down the name of the place as She-kie-lo.

According to Xuanzang’s narrative, the city had been reconstructed roughly 2.5 miles from the city that had been destroyed by Alexander the Great. During this historical period, the political centre of the Punjab area was located in the city of Sialkot.

Places to Visit in Sialkot

Graana.com brings you a list of places to visit in Sialkot.

The Shivala Teja Singh temple is an ancient Hindu place of worship that can be found in the city of Sialkot. It is considered to be one of the most famous Places to Visit in Sialkot. The deity Shiva is honoured in the temple. Sardar Teja Singh was the one who constructed the temple.

In 1947, at the time of the Partition, the shrine was locked up. In the year 2015, prominent local Hindus petitioned the government of Pakistan to speed up the process of restoring the dilapidated structure that houses the Shawala Teja Singh temple.

Iqbal Manzil is the site where one of the most famous personalities of Pakistan lived.  The Muslim poet and philosopher Dr Muhammad Allama Iqbal was born in this building.  Iqbal Manzil has been transformed into a museum, and within the museum are some of the poet’s personal items as well as a library of more than 4,000 volumes.

Mohammad Rafique, Allama Iqbal’s great-grandfather, was the one who made the acquisition of Iqbal Manzil in the year 1861. The home began as a fairly humble abode, but as each succeeding generation added to it, the structure gradually increased in size.

Iqbal’s older brother, Ata Mohammad, was appointed the new owner of the Iqbal Manzil after the passing of Iqbal’s father, Noor Muhammad. After their father Ata Mohammed passed away, his sons moved out of the family home and settled in Karachi and Lahore respectively.

This is another famous Place to Visit in Sialkot. During the years 1906–1912, the British Indian government commissioned the construction of the Upper Chenab Canal and the original headworks in Marala as part of their Triple Canals Project.

In addition to transferring water to the Ravi River, which is located close to Balloki, the canal was designed to irrigate a total land area of 648,000 acres in the Gujranwala District. It first opened its doors in 1912 and was completely finished by 1917, at a total cost of Rs. 37 million.

In 1938–1939, it started turning a profit. The irrigating of the Montgomery and Multan districts was made possible because of the waters that were diverted from the Ravi River and channelled into the Lower Bari Doab Canal by means of the Balloki Headworks.

It took at least ten years longer for the Upper Chenab Canal to turn a profit than it did for this canal to do so. The semi-arid states of Bikaner and Bahawalpur were allowed to continue using the waters of the Ravi River itself for irrigation purposes.

The clock tower can be seen at Saddar Bazar, which is located in the cantonment of Sialkot. The tower has stood the test of time for well over a century, which means it has seen its fair share of turbulent and transformative times.

Although it has undergone several renovations, the building that was constructed originally has not been altered much.

Adjacent to it was a Hindu temple, but it was destroyed in the riots that broke out in 1992 when the Babri Mosque in Ayodhya, Uttar Pradesh, India, was demolished. These riots were in response to the destruction of the mosque. 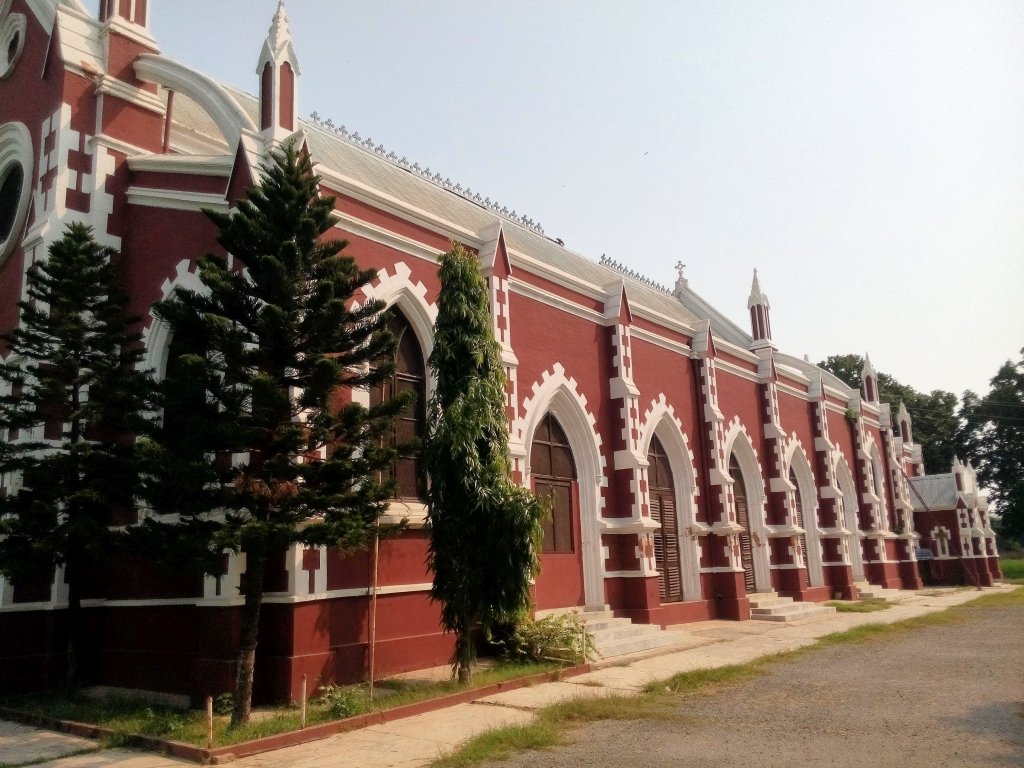 The Holy Trinity Cathedral Church is an Anglican cathedral that may also be referred to as the Sialkot Cathedral. It can be found in the city of Sialkot in Pakistan. On March 1, 1852, the first stone was set in place for the structure.

It can be found on The Mall, which is part of the Sialkot Cantonment (Quaid-i-Azam Road). On January 30, 1857, the church was dedicated by the Right Reverend Daniel Wilson, who served as the Bishop of Calcutta at the time. 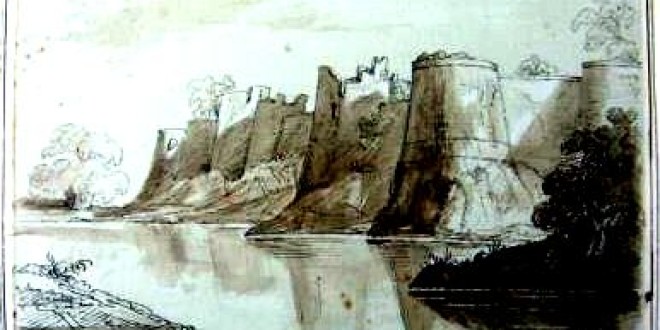 The Sialkot Fort, one of the most famous forts in Pakistan is situated here. This 5000-year-old fort is considered to be one of the city’s oldest landmarks.

In order to protect the city, Raja Salban constructed this fort in the span of two years using the labour of ten thousand people. The stones, slabs, and rocks that were utilised to construct this fort were brought all the way here from Pathankot.

From 1179 to 1186, the ruler Shahabuddin Ghauri governed Lahore and Sindh. With the assistance of the Raja of Jammu, Ghauri was able to seize Sialkot Fort. This location is still highly recommended by locals and tourists alike as a top attraction in the city of Sialkot.

Despite the fact that this location is not in the same state as it was in the past, a significant number of people continue to visit here. Children may have fun running about and playing in the lovely garden that is located in front of the fort. This fort is surrounded by a large number of government offices. 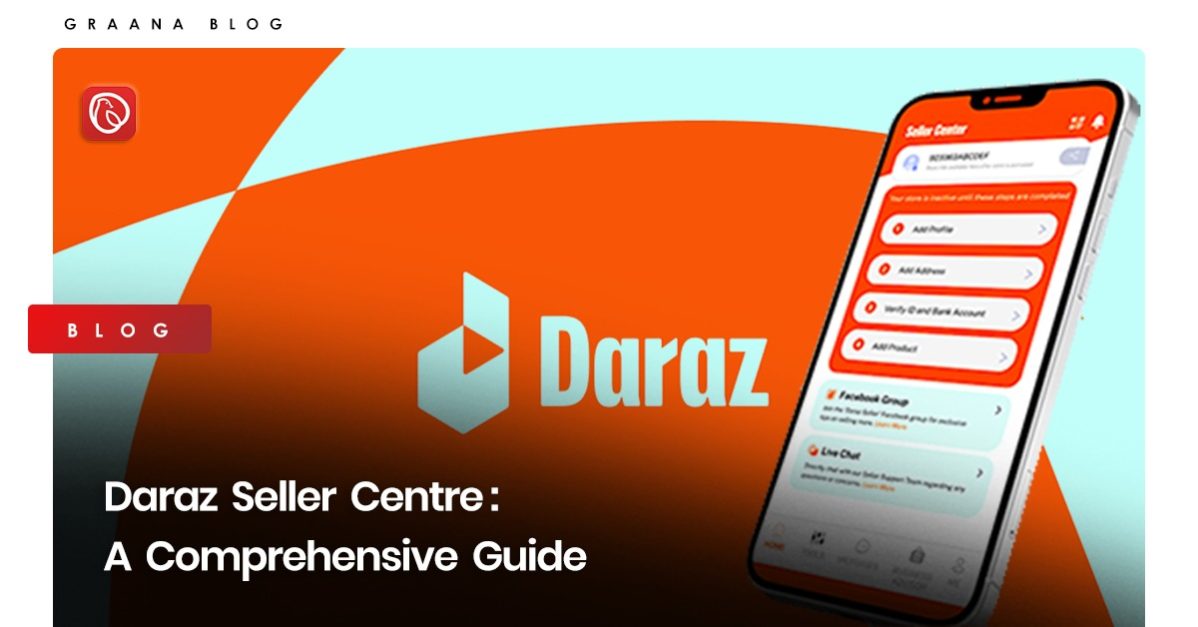