Home » Architecture & Art » Forts in Pakistan You Need to Visit 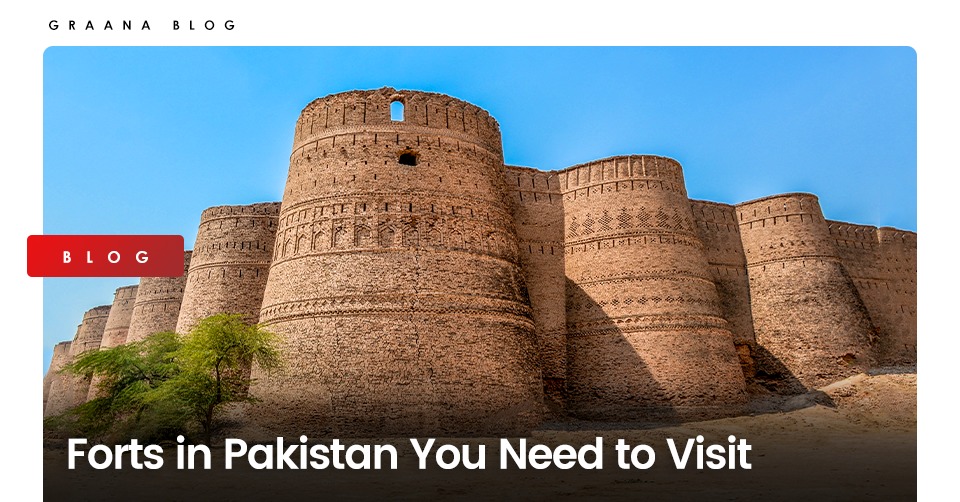 Pakistan is full of rich history, heritage, and culture. Numerous dynasties in different eras have lived here and have left their mark. The likes of Sher Shah Suri, the Mughals, and Nawab Muhammad Wali Khan Laghari erected significant buildings in Pakistan like mosques, forts, historical sites, etc. that stand to this day and are popular tourist attractions.

Graana.com, Pakistan’s first online real estate marketplace, has therefore compiled a list of national majestic historical forts that should be on your bucket list.

Quick Facts of Forts in Pakistan 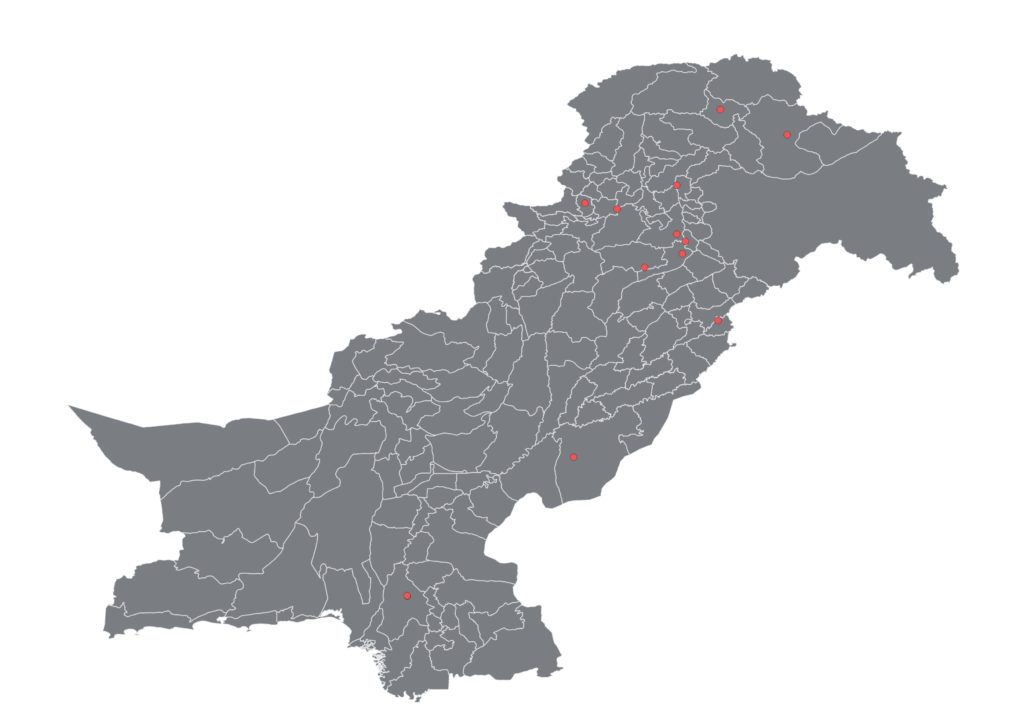 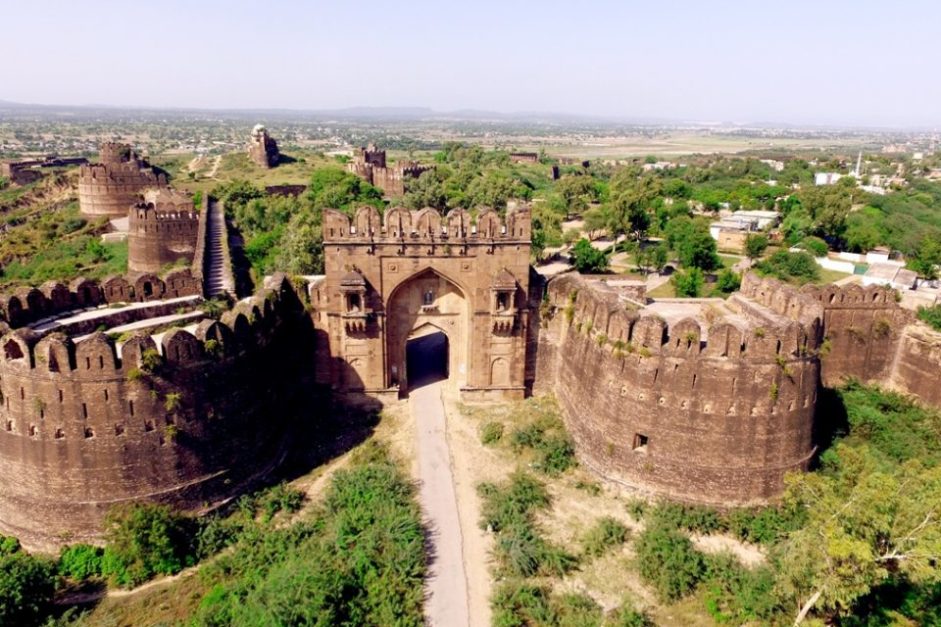 Kila Rohtas is a fortress near Jhelum that was built in the 16th century. It was constructed between 1541 and 1548 during the reign of Sher Shah Suri to ward off rebellious tribes from the Potohar region. The most intriguing aspect of this fort is that, despite being the largest in the subcontinent, it was never stormed by force. 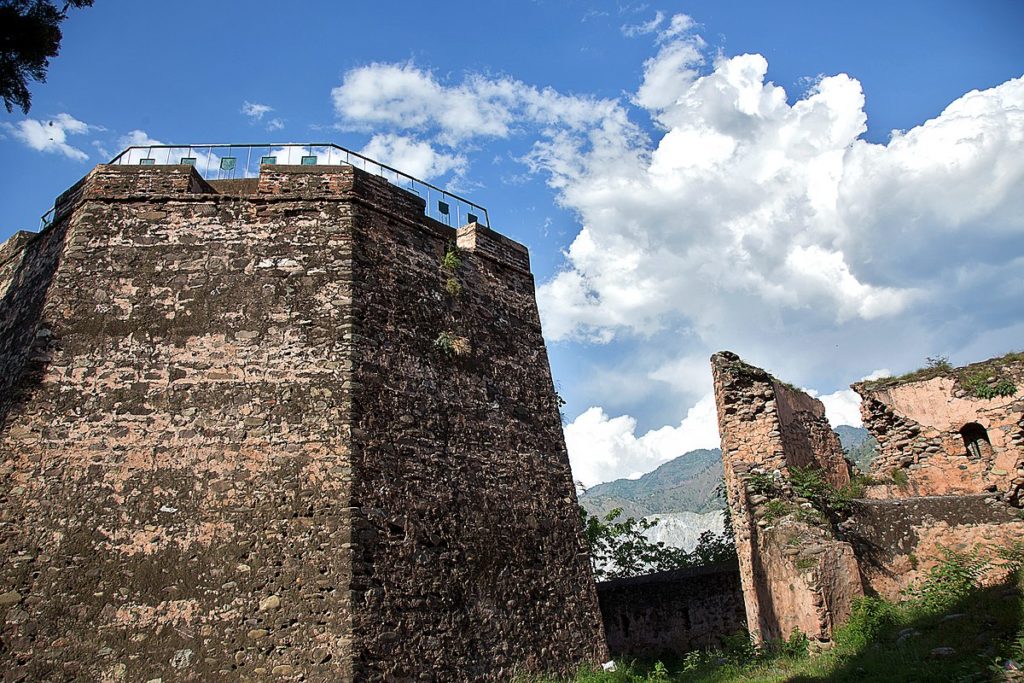 The Red Fort, also known as the Muzaffarabad Fort, was built in the 16th century by the Chak rulers of Kashmir. River Neelum, which was formerly known as Kishanganga River, surrounds the fort on three sides.

The Dogra military extensively used this fort until 1926, when a new cantonment was built. The fort was completely abandoned around 1947. 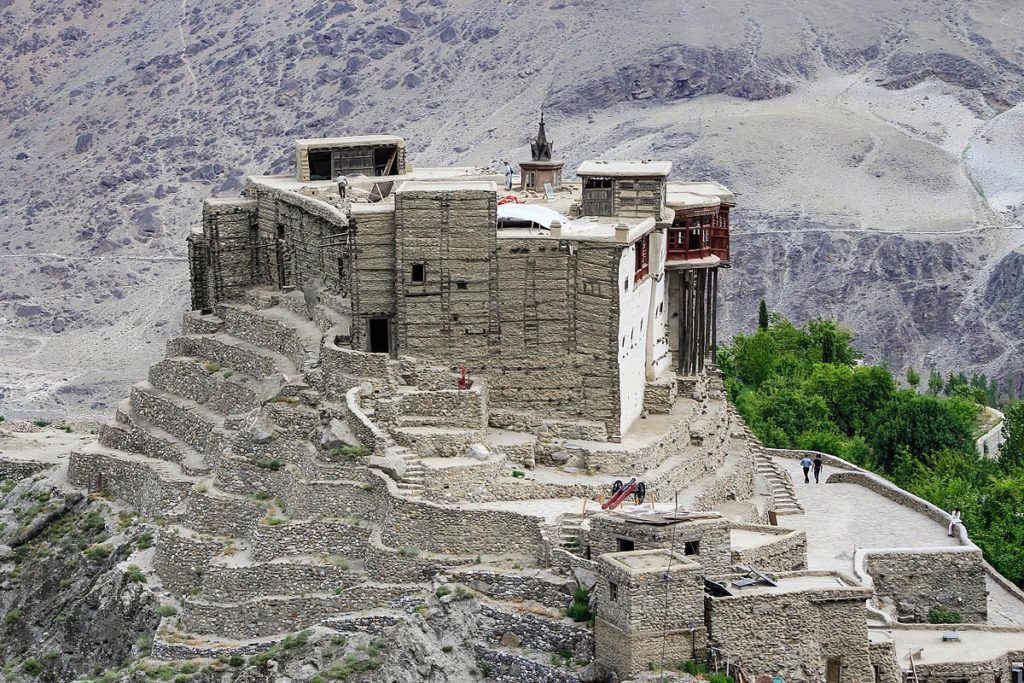 Baltit Fort, located in the scenic Hunza Valley, was built in the 8th century CE and has been on the UNESCO World Heritage Tentative list since 2004. The history of the fort is traced back some 700 years to Ayasho II, the Mir of Hunza. 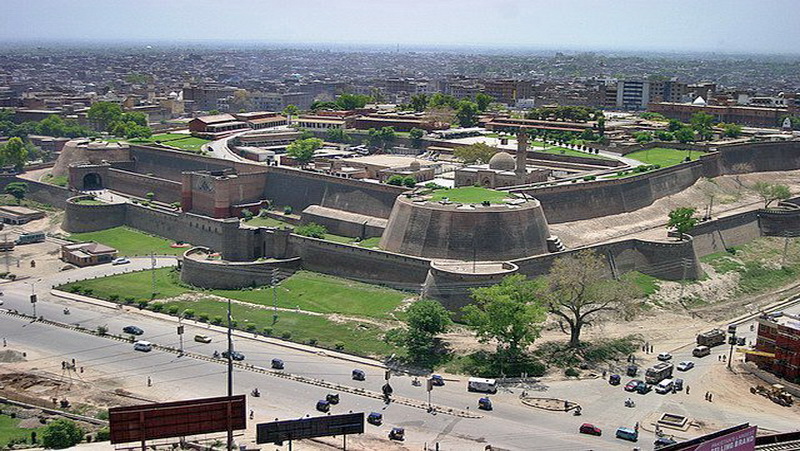 This fort in Peshawar was once used as a royal winter residence for the Durrani Empire. It has been completely renovated and is now in use by the Pakistan Frontier Corps. 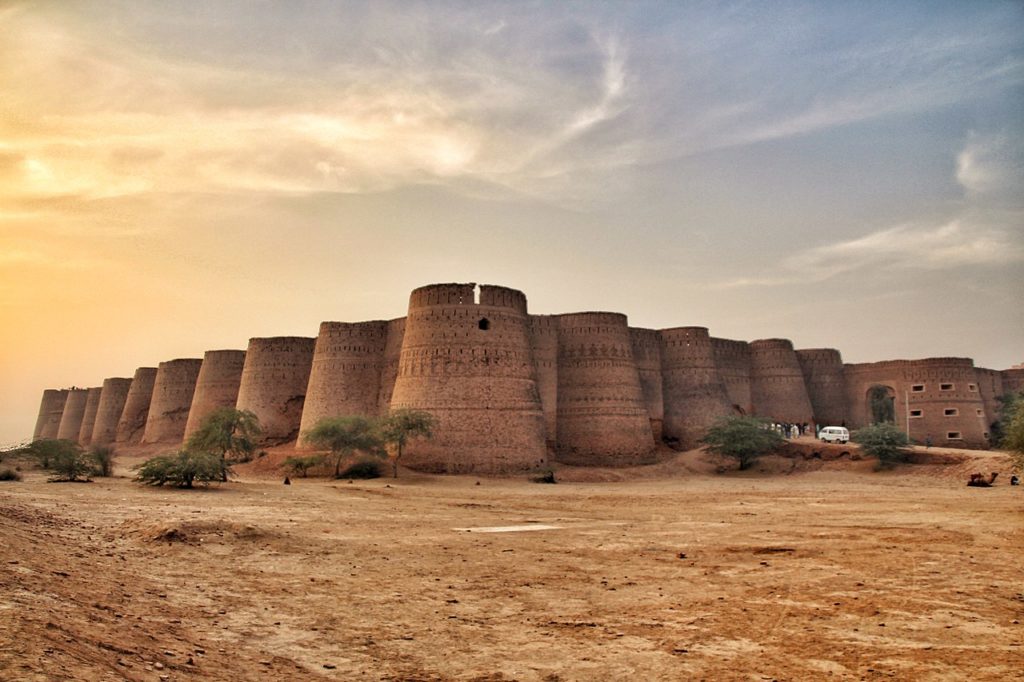 Qilla Derawar, one of the highly popular forts in Pakistan, is a stunning sight in the Cholistan Desert. It is 130 kilometres south of Bahawalpur. The best time to visit is during the famous Cholistan Desert Jeep Rally in February. Its forty bastions can be seen for miles across the desert. 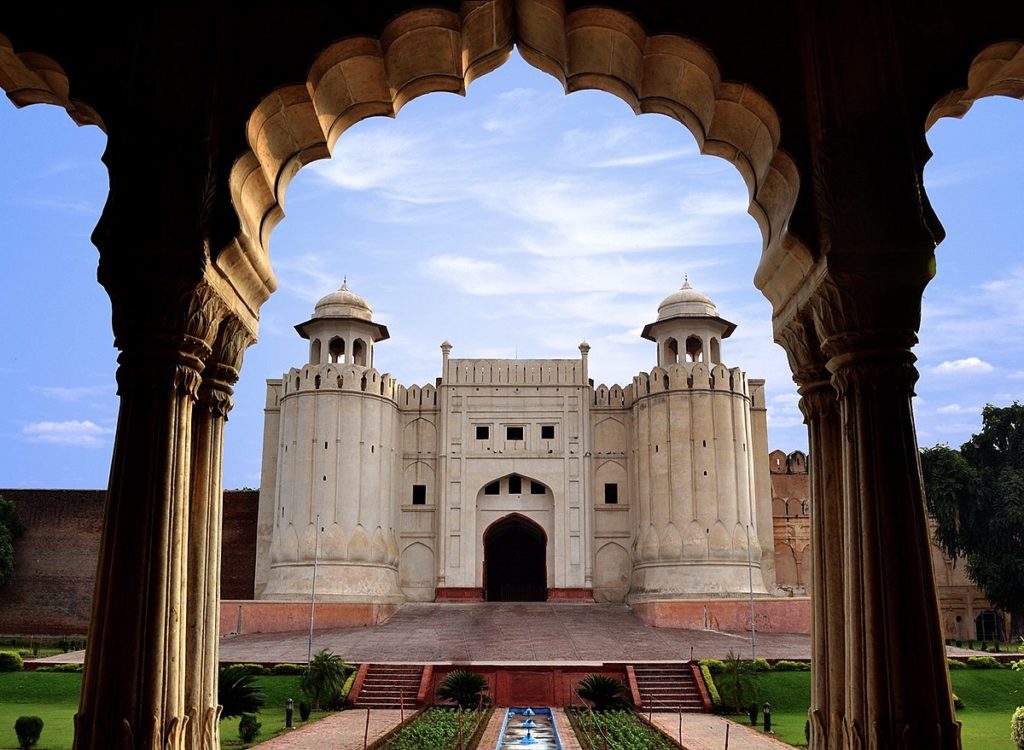 This is a citadel in Lahore, located at the northern end of the famous Walled City. One of the most visited forts in Pakistan, the Lahore Fort covers more than 20 hectares, and serves as a stunning reminder of the Mughal empire’s glory. 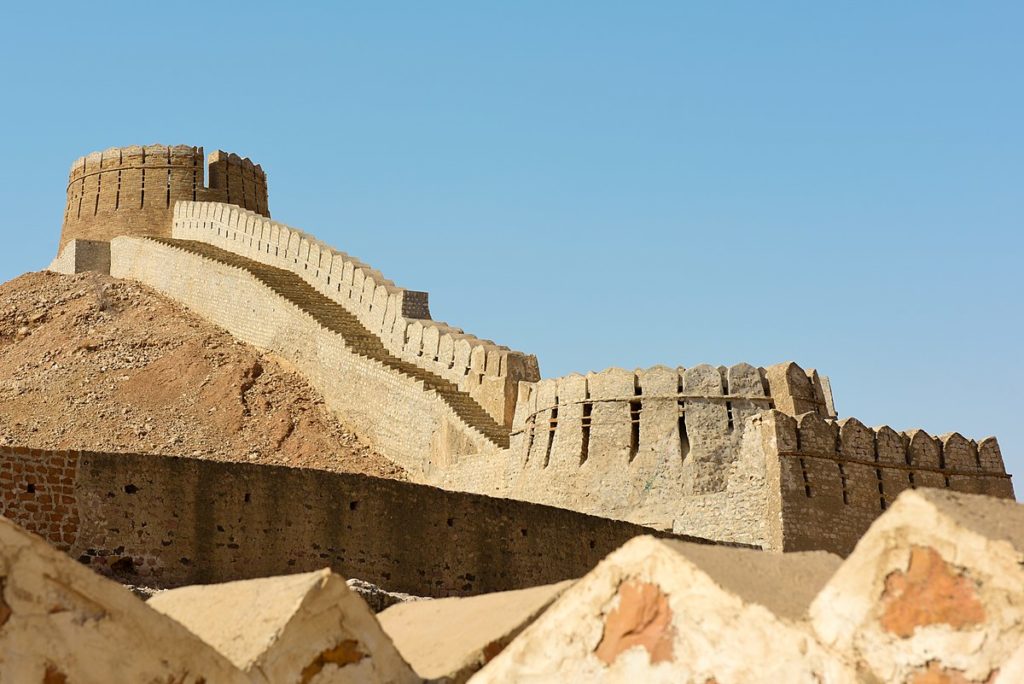 Sindh is unparalleled when it comes to forts, and the Ranikot Fort located near Sann in the Jamshoro district is the jewel of the crown. It is known as The Great Wall of Sindh and is the largest fort in Pakistan. It is also estimated to be one of the world’s biggest forts with its circumference of 32 km or 20 miles. 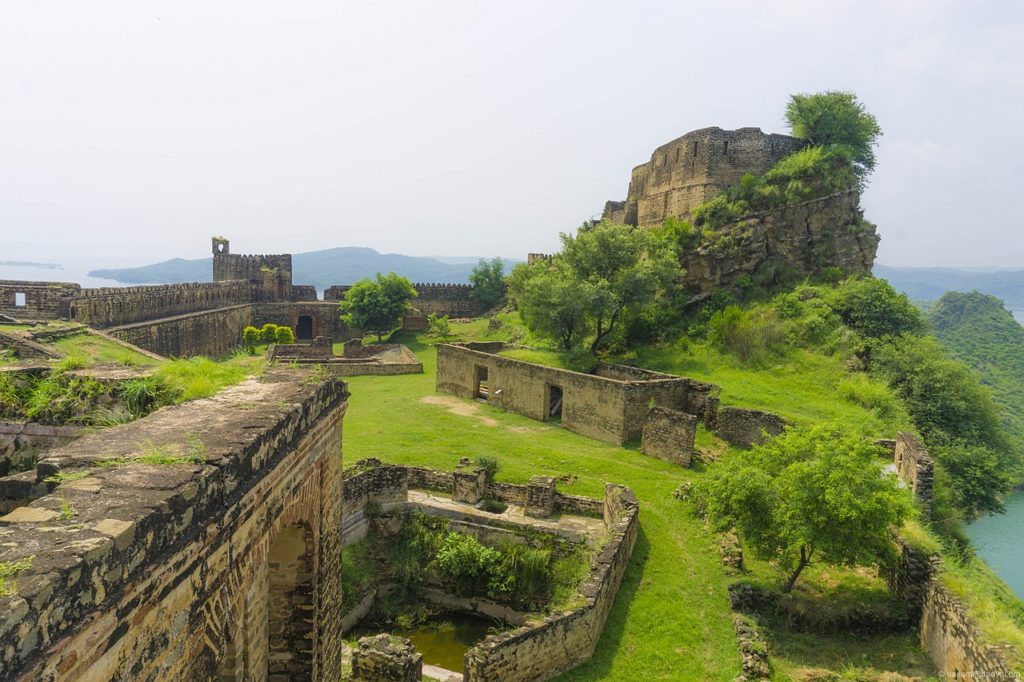 Ramkot Fort is an ancient fort in Azad Kashmir that offers spectacular views of the Mangla Dam. It is located 13 kilometers from Dina and 79 kilometers from Mirpur and is only accessible by boat. 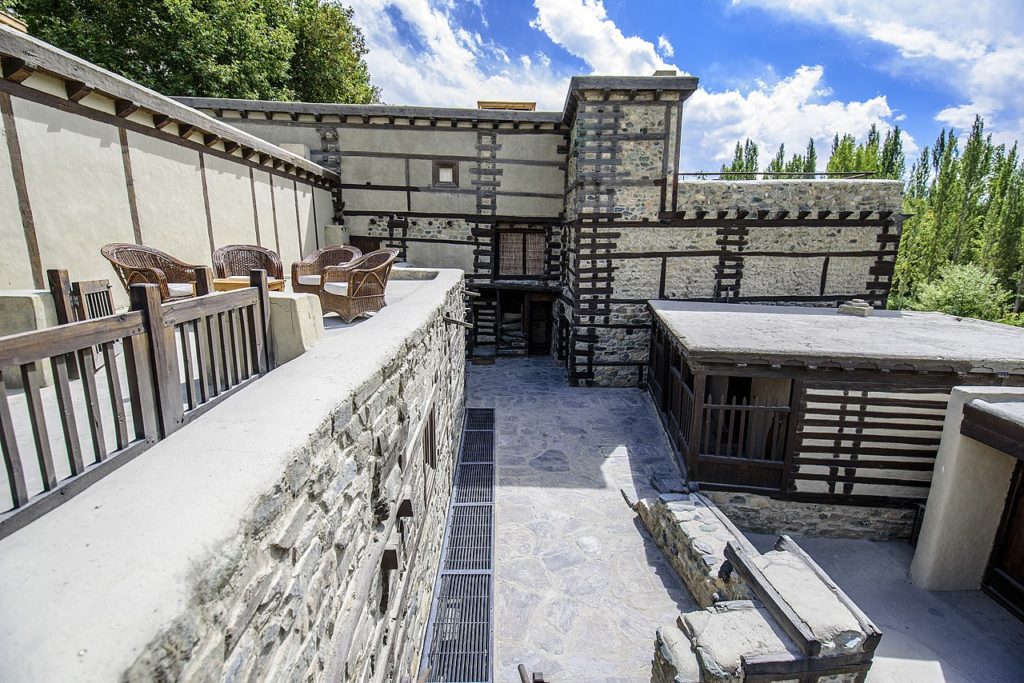 The Shigar Fort may not be as majestic as the others on this list, but it is its setting in a peaceful, quiet village, as well as its quaint garden and sitting areas that make it unique. The fort, built in the 17th century by the Raja of the Amacha Dynasty of Shigar, has been completely renovated and is now used as a hotel. 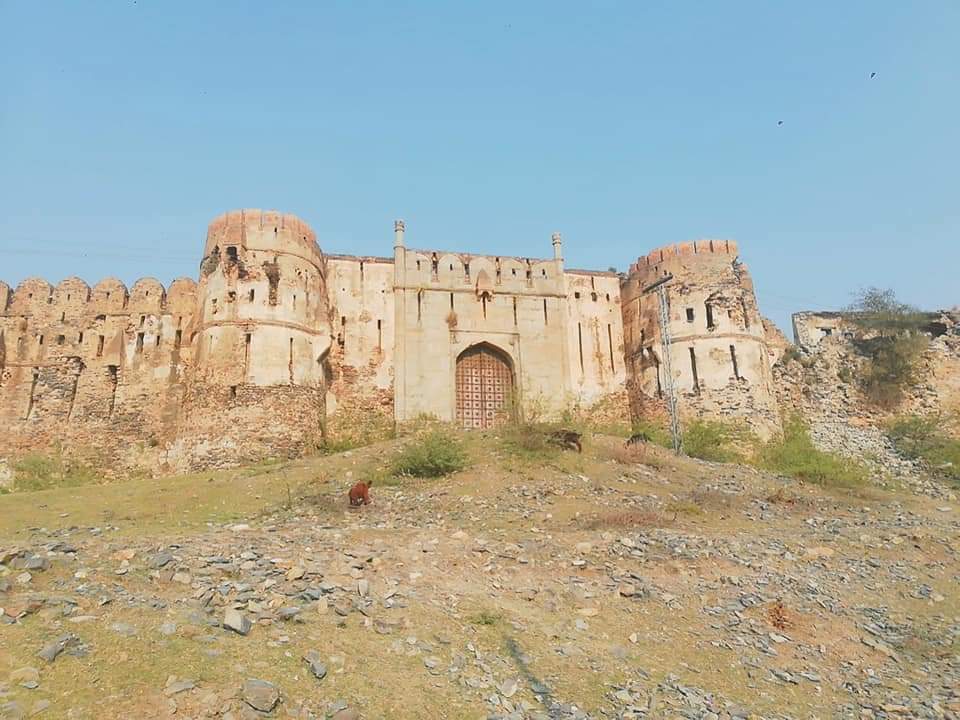 The Attock Fort is located at the confluence of Punjab and Khyber Pakhtunkhwa, approximately 80 kilometers from Islamabad’s capital city.

If you are traveling from Islamabad to Peshawar, you will undoubtedly pass by this magnificent fort, which is located just a few kilometers from Attock on the right bank of the River Indus, next to Peshawar Road.

A beautiful, Victorian-style railway station was built only two kilometers from the Attock Fort in 1880. 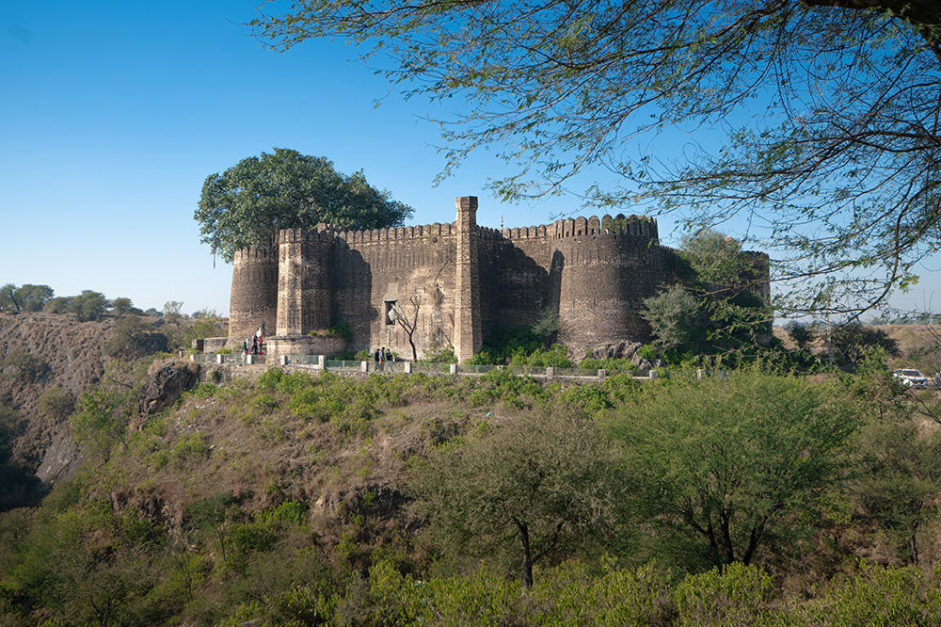 Sangni Fort is part of a chain of fortifications that runs along the Potohar plateau, halfway between Ramkot Fort, 25 kilometers to the southeast, and Rawat Fort, 28 kilometers to the west. It was most likely built in the late Mughal era, but it was extensively reinforced during the Sikh period, which began in 1814. It was later used as a jail, either by the Sikhs or possibly after the British took over Punjab in 1849. 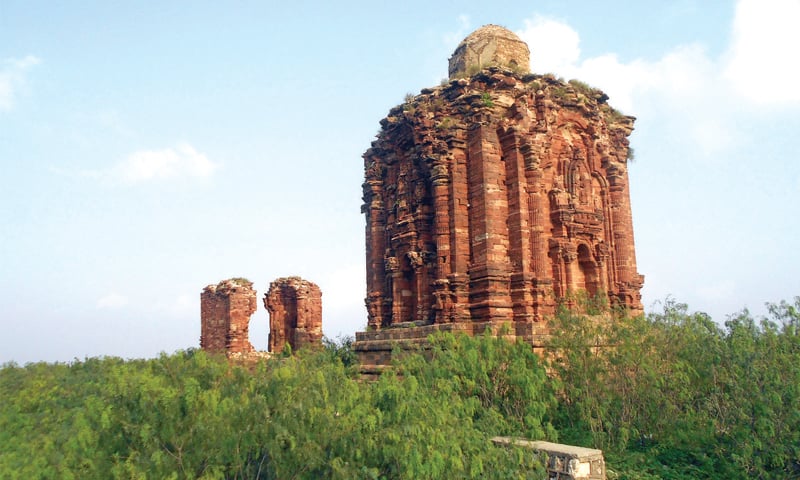 During a survey of archaeological sites in the Salt Range in 1860, Sir Alexander Cunningham declared the facade of Malot Fort to be “strikingly bold and picturesque.”

He further wrote, “The height of the trefoil arch and the massiveness of the square pilasters at the corners give the building an air of dignity that is greatly enhanced by its richly fluted semi-circular pillars.” 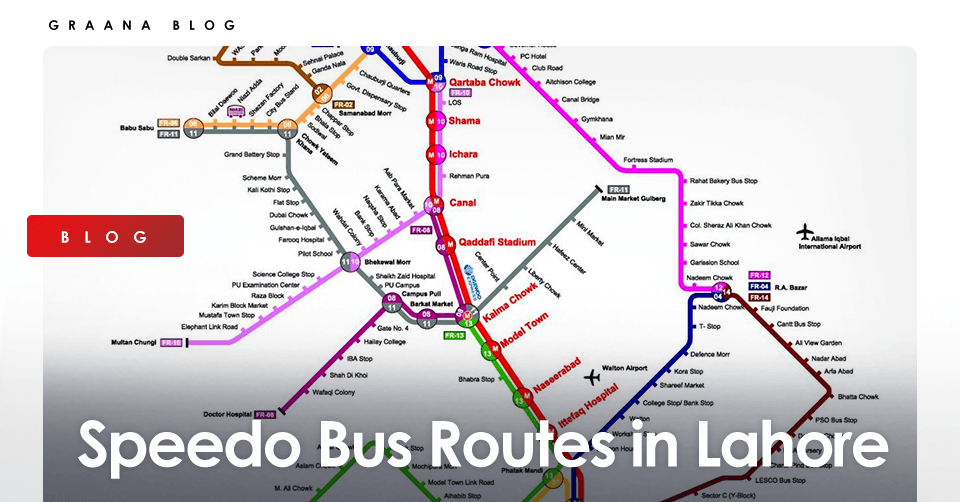