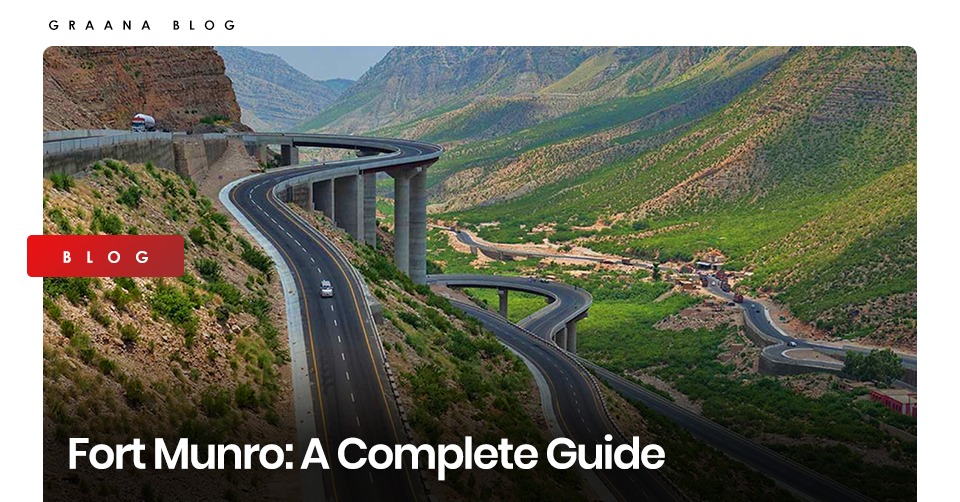 From small and scruffy settlements to towns that boast of old-time charisma, Pakistan is home to a number of hill stations that offer quick getaways to local as well as foreigner tourists. With the snow-capped mountain peaks, jagged escarpments, thickly forested slopes and glittering lakes, the varied topography of the country serves as an impressive backdrop to these places. One such example is Fort Munro, which also happens to be the only hill station in southern Punjab. It is also listed in the famous forts in Pakistan. It straddles the Punjab-Balochistan border. The pine trees and bushes, rickety architecture and panoramic views that stretch to the hazy horizon make it a popular tourist spot for those who are looking for respite from the scorching heat of the province.

Graana.com, Pakistan’s smartest property portal, has prepared a guide on all that you need to know before visiting Fort Munro.

Fort Munro was formerly called Tuman Leghari and Anari Mool (the latter translating to ‘hilltop with pomegranates’ in Balochi). The locals of the area are known as ‘Legharis’, who are direct descendants of an old Baloch tribe. Although it is not too well-preserved, the area still holds on to the remnants of its rather interesting past.

Robert Groves Sandeman, an officer of the British Indian army, founded the town in the 19th century. He named it after Colonel George Monroe, the Deputy Commissioner of the Derajat Division at that time. The British would often spend their summers here. The locals were apprehensive of the foreign visitors, so the latter would usually leave behind onions and jaggery (gur) as a friendly gesture. They also built a conventional filtration system near the famous Fort Munro lake, which helped provide clean water for drinking purposes.

A unique aspect of the area’s history, however, dates back to about 65 million years ago. There happen to be several clues here of the massive asteroid impact that led to the extinction of dinosaurs. A thin grey/brown line on the rocks marks the cretaceous and tertiary boundary (known as the K-T boundary). Research on one of the exposed layers of the rocks links it to the time when the largest land mammal (Baluchitherium) existed (the fossils of which were discovered by an English palaeontologist in Balochistan). In the same mass of sedimentary rock, there is also a point where ancient ‘walking whales’ were discovered in Pakistan by local and US palaeontologists.

How to Get There 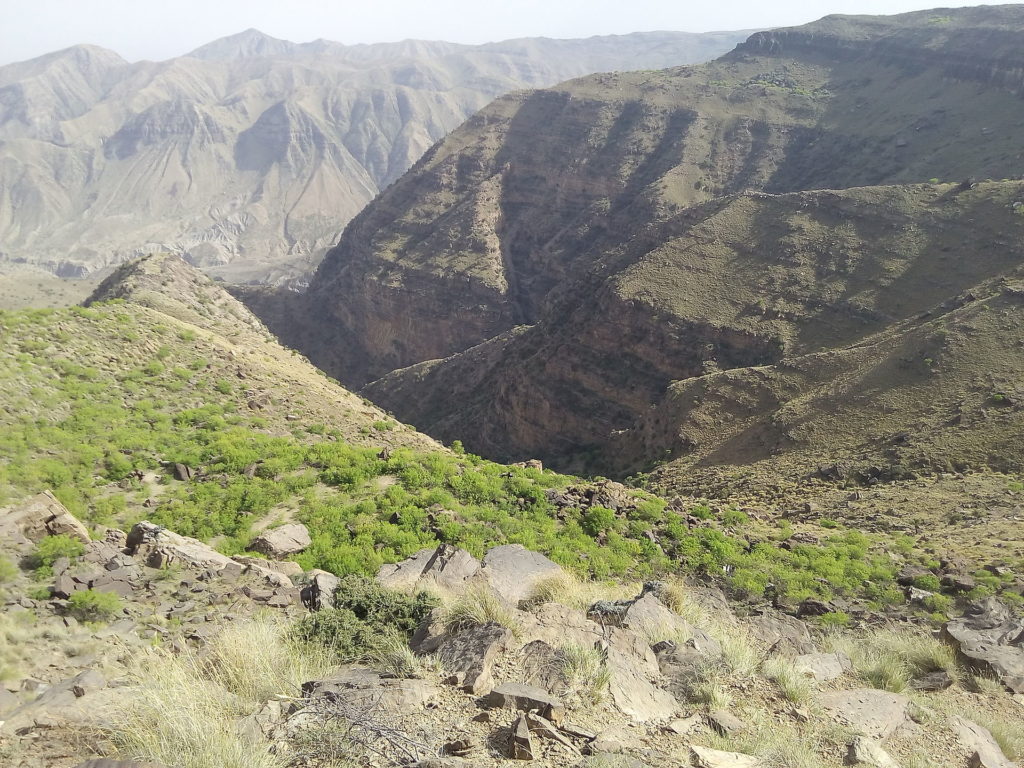 Sprawling at the foot of the Sulaiman mountain range in central Pakistan, Fort Munro is located at a height of 6470 feet above sea level. It is often called the ‘jewel’ of southern Punjab due to its massive height.

It is at a distance of 85 km (just an hour’s drive away) from Dera Ghazi Khan, and is conveniently linked with the National Highway 70. You can choose to travel on your personal vehicle or on one of the several bus services available. On the way, you will pass by a number of sand dunes and the tomb of Sheikh Rakhi Sarwar, a famous Sufi saint in the 12th century. After reaching Sakhi Sarwar (named after the Sufi mystic), the roads leading to Fort Munro become steeper and more dangerous.

On the other hand, its distance from Multan is about 185 km. From there, the route to Fort Munro is more picturesque, with mango trees and fields of wheat stretching along both sides of the road.

Although there is minimal traffic, trucks often use this route to transport commercial goods, which makes driving here difficult. The range begins near Rakhi, a border-post between Balochistan and Punjab. The last stop is at a small town called Khar, before finally entering Balochistan.

In recent years, the Fort Munro steel bridge project has been underway, with financial and technological resources provided by Japan. This would make access to the hill station safer and more convenient once it is fully operational. It is also set to be the second-largest steel bridge in the world. The first phase, involving the route from Rakhi Gaaj-Khar-Bewata, has already been completed. Eight steel bridges have been constructed to accommodate heavy traffic and, thus, reduce travel time between Punjab and Balochistan.

It was especially developed by the British as a summer hill town since the weather in Fort Munro stays cool throughout the year. However, it can drop to freezing temperatures during winters – in fact, it is one of the few places in Punjab that receive snowfall once in a while. Thus, it is advised to take thick, warm clothes with you when you visit. 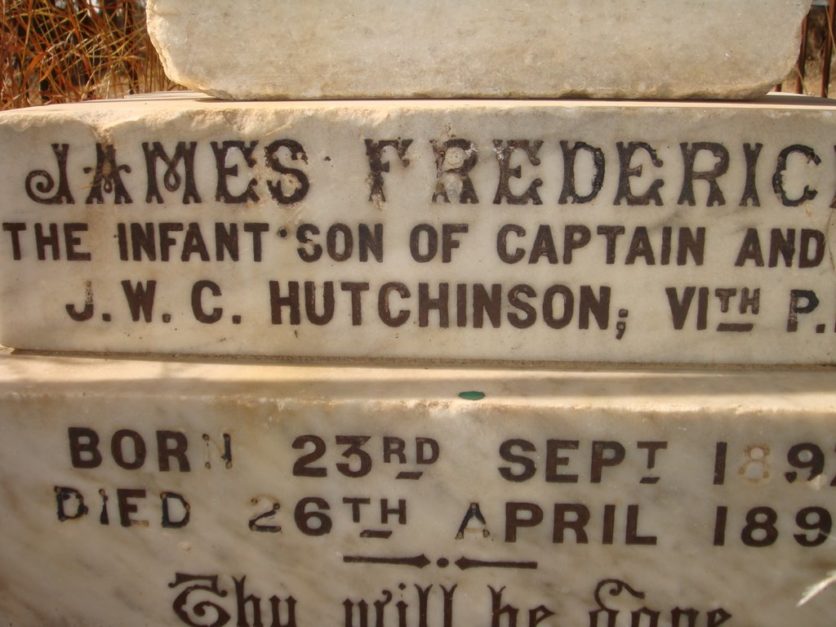 The slow-paced rural life in the area attracts a number of visitors each year. At the top of Fort Munro is the Commissioner’s House, the Deputy Commissioner’s House (Munro’s Lodge), a regional court and a smattering of ruins of a historic fortress. The colonial residence of political assistant (PA), called Sandeman Lodge, is also situated here. With its sprawling lawns and well-maintained billiards room, it provides visitors the chance to relax and unwind. There is also a cemetery just around the corner that can be traced back to the period of British rule. It has 5 graves in total.

Outside the PA house is a monument from 1950, which commemorates the union of various Balochi tribes. Names of prominent leaders (including those of the Mazaris, Gurchanis, Legharis) have been engraved on its stony surface. There is also a flag pole nearby, which is traditionally hoisted each time the PA is visiting.

There are also a few walking tracks winding around the verdant valleys and craggy cliffs of Fort Munro. Visitors can climb these to check out the sweeping views of the mountain range from the top.

The Fort Munro picnic points near Dames Lake are also frequently visited by tourists, who prefer to laze around in the cool shade of the surrounding orchards. However, the lake shrinks to a pond throughout the year, depending on the amount of rainfall the area receives.

The government has recently taken note of the lack of development in the area and has launched several projects to improve the infrastructure. It plans to build parks, and a chair lift and cable car that would be suspended above a steep gorge. 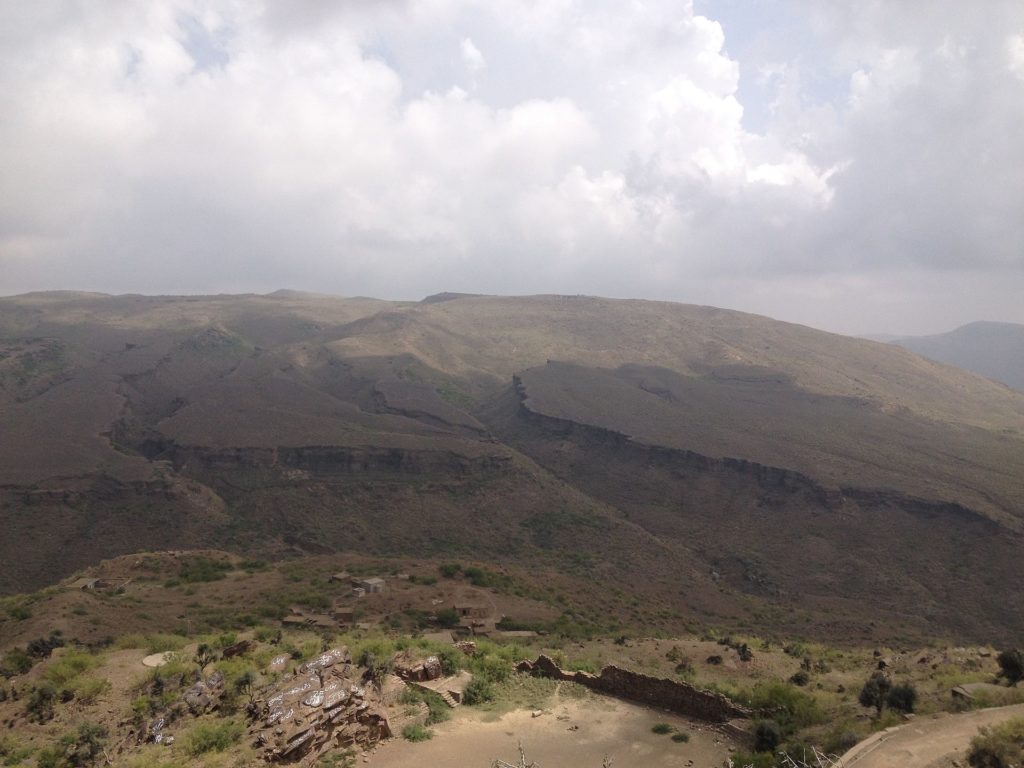 Fort Munro hotels are mostly in the low to mid-range bracket. In most places, a night’s stay can cost as low as Rs. 1000.

TDCP Resorts are a popular choice among visitors, with its 5 bedrooms, a restaurant and a snack bar. They are located near the Dames Lake and even offer boating facilities to the guests. They also serve a traditional dinner of Balochi Sajji.

Fort View Guest House, Agosh Hotel and Royal Hotel are some of the other options for accommodation in the area. 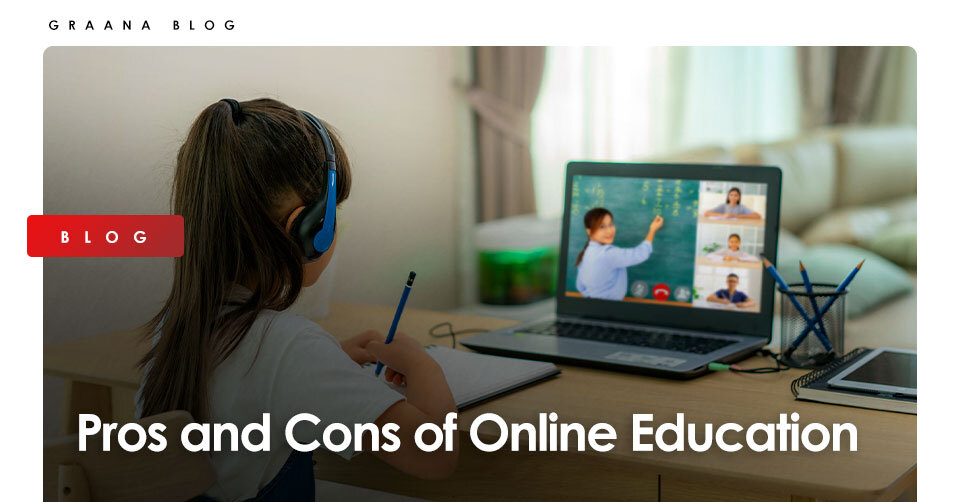 Pros and Cons of Online Education