Home » Tourism » Features and Facilities at Major Airports in Pakistan 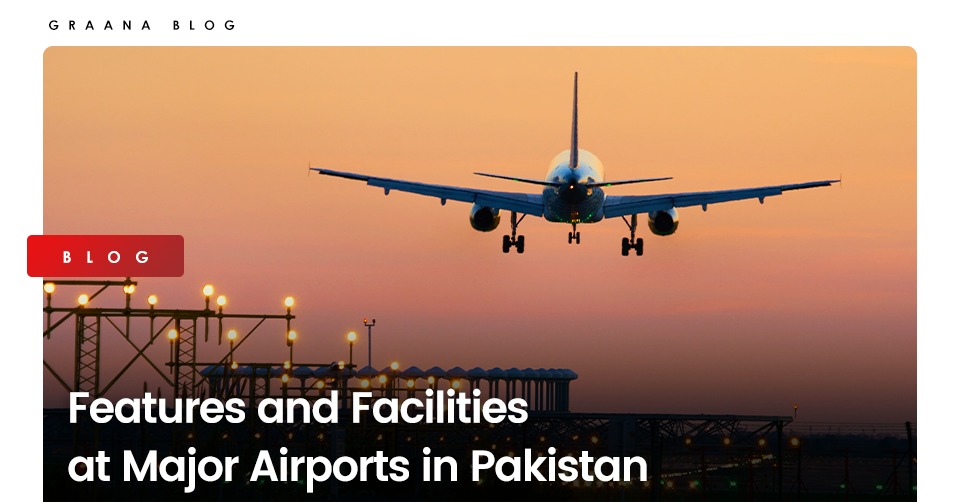 Pakistan has emerged as a premium tourist destination in recent years – therefore, in order to cater to the needs of tourists, diplomats, and businessmen, it has started to renovate its civil airports.

Graana.com, Pakistan’s smartest real estate portal, takes a look at the features and facilities of some of the major airports in Pakistan. 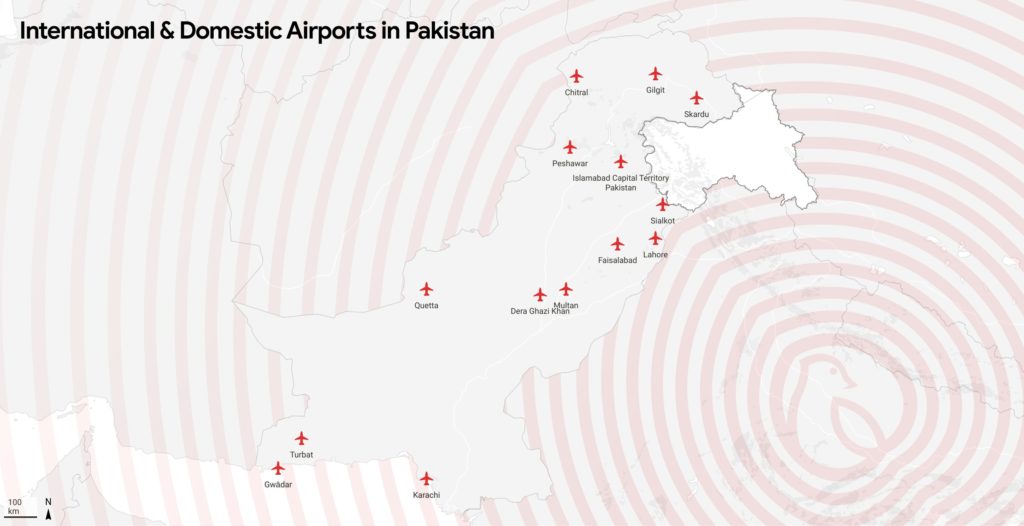 Islamabad International Airport (IIAP) is the latest addition to the list of airports in Pakistan. Prior to its construction, Chaklala Airport in Rawalpindi provided air transport facilities to travellers. However, after a number of upgrades, the terminal at Chaklala was unable to accommodate the growing number of passengers.

Therefore, in 2007, the Prime Minister of Pakistan at that time, Mr Shaukat Aziz, laid the foundation of IIAP, and the airport became functional in 2018. 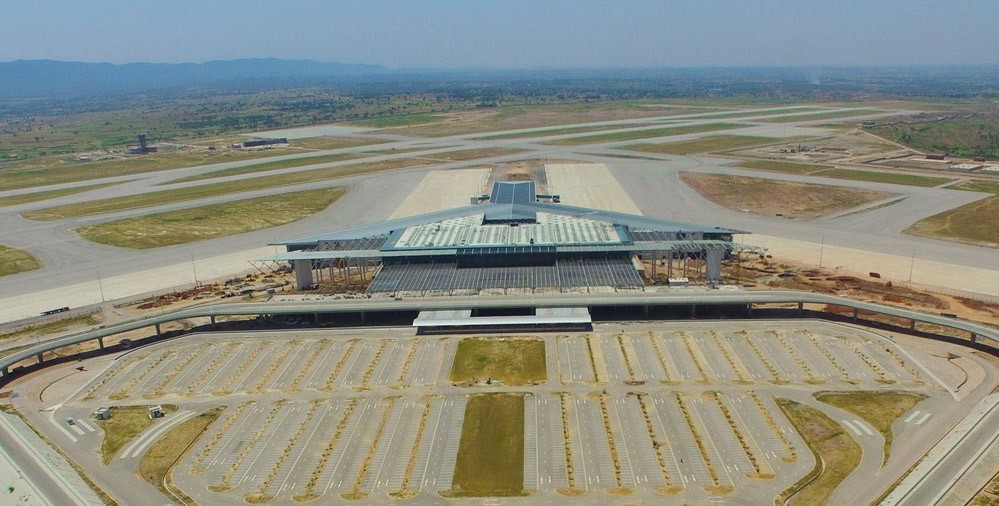 The airport is located some 30 kilometres from Islamabad and is easily accessible via the Srinagar Highway (formerly known as Kashmir Highway).

The codes for IIAP are:

Aéroports de Paris Ingénierie (ADPI), a French airport operator company, designed the infrastructure of Islamabad International Airport. The terminal building, on the other hand, was designed by a Singaporean firm, CPG Corporation.

Bringing on these engineering firms for the project yielded major dividends, with the design being environmentally friendly and sustainable.

The terminal building, in particular, makes use of daylight as its principal source of light with sun shading technology that helps reduce cooling expenses. A water-saving system is also installed on the roof.

Some of the facilities at the Islamabad International Airport are: 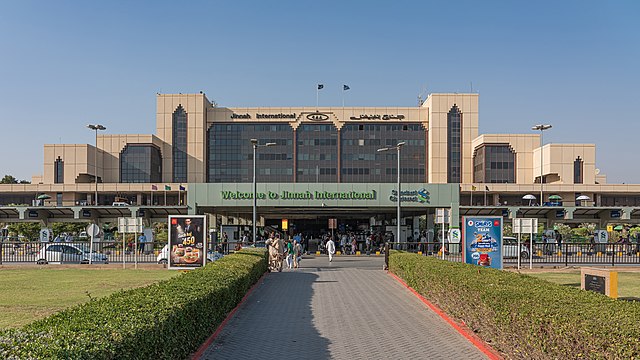 The Jinnah International Airport (JIAP) in Karachi is the largest civil airport in Pakistan, and is named after Muhammad Ali Jinnah, the founder and the first governor-general of Pakistan.

The airport is an important hub of Pakistan’s flag carrier, Pakistan International Airlines (PIA), Air Blue, and Shaheen Air among others. The airport has an aircraft engineering area and an aircraft overhauling facility that accommodates both narrow-body and wide-body aircraft.

Pakistan’s Civil Aviation Authority (CAA) notes that JIAP has the capacity to handle more than 12 million commuters annually. Furthermore, in 2014, JIAP handled 19 million passengers (which is more than 52,000 passengers a day). The airport also coordinated 129,645 aircraft movements along with the movement of 1,69,124 million tonnes of cargo.

JIAP is located 20 km northeast of the city centre and, depending on the traffic conditions on the Shahrah-e-Faisal, it can take up to 30-35 minutes to reach the airport.

As stated before, JIAP is the largest airport in Pakistan and has four terminals, three of which are named Terminal I, II, III, and the last one is named after the airport itself “Jinnah Terminal”.

Major facilities at the airport include: 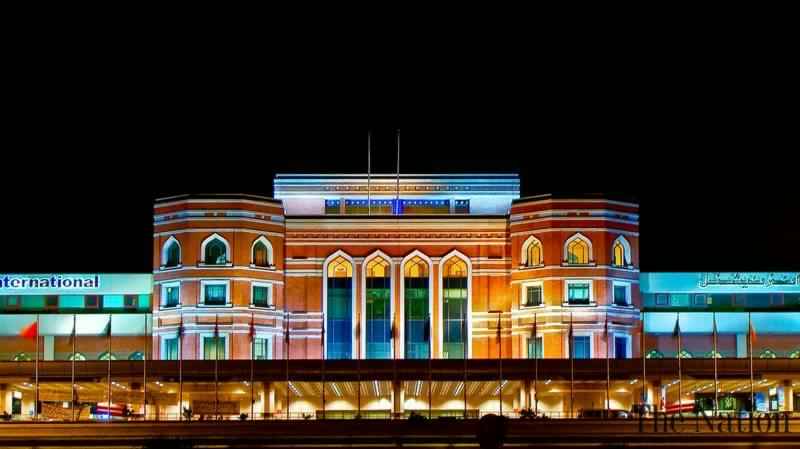 This airport is the second-largest civil airport in Pakistan and was previously known as Lahore International Airport. At the time of independence, the main airport in Lahore was Walton Airport.

However, PIA’s first jet airliner (Boeing 720) was unable to operate out of Walton and the government decided to commission the new airport in 1962, which would not only handle the current jets but will also cater to the needs of planes like the Boeing 747.

The airport is situated near the eastern edge of the metropolis and is a 14.5 kilometres drive (or 28-minute drive) from the Model Town Society.

The airport continued its operations for more than two and a half decades and, as the demand for air travel grew, the government decided to commission a new terminal and the old terminal was handed over to army aviation.

The new terminal was inaugurated in 2003 by the then president, Mr. Pervaiz Musharaf. Consequently, a few years later, the terminal handed over to the military was reacquired by the government and converted into a Hajj terminal.

Development work at the airport continued till 2008, when the national flag carrier of the United Arab Emirates (UAE), Etihad Airways, opened a dedicated maintenance facility for its aircraft at the airport. This facility is equipped with the latest resources for technical maintenance.

In order to meet the needs of the passengers, the following facilities are available: 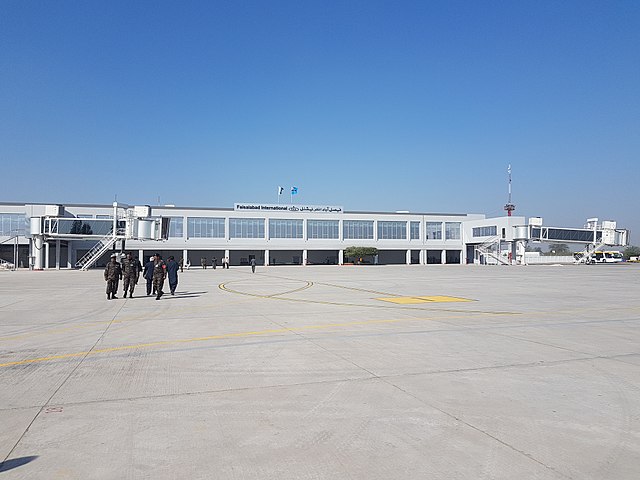 The airport is one of the most important airports in Pakistan as it not only provides air travel to the people of Faisalabad, but also to neighbouring cities such as Jhang, Kamalia, Sargodha, Sargodha, Pir Mahal, and Laliyan among others.

The airport is also home to two flying schools that provide training to cadets and flying enthusiasts.

The airport is located in the southwestern corner of Faisalabad and is accessible via Jhang Road.

International identification codes for the airport are

The construction of the airport terminal and tarmac started in 1966-67 in order to make the airport suitable for aircrafts like the Fokker F-27. The terminal was extended in 1986 to accommodate the growing number of passengers along with modern aircraft.

Furthermore, a CIP lounge was added to the airport in 1993 and, in 1998, direct Hajj operations started from the airport.

The following facilities are available to commuters at the airport:

Multan International Airport is the city’s first airport, serving not only domestic and international travellers, but also those travelling to and from adjacent towns and cities like Khanewal, Vehari, Pakpattan, Sahiwal, Rajanpur, and Muzaffargarh. Passengers enjoy all of the latest amenities and services at this sophisticated airport complex, ensuring a stress-free trip and journey.

Multan International Airport was built before Pakistan gained independence. Before that, the Royal Air Force used it as an airbase till 1934. However, the ‘modern’ history of this airport began in 2010, with the construction of the terminal building (Phase II), the completion of a new runway, and the first direct Hajj flight from Multan by Pakistan International Airlines.

This facility, which is considered one of Punjab’s most important international airports, is also run by the Civil Aviation Authority of Pakistan, with the Airport Security Force in charge of security.

Multan Airport is located at the western edge of the city, and is an estimated 16 kilometres from the city centre.

Airport Road connects the Multan International Airport to several of the city’s major thoroughfares, including Kaswar Gardezi Road and Nusrat Road. The airport can also be reached through Vehari Road or the Northern Bypass.

Identification codes for the Multan International Airport are:

For both domestic and international passengers, the airport complex comprises a single passenger terminal with arrival and departure halls.

Given below are the facilities available to the passengers: 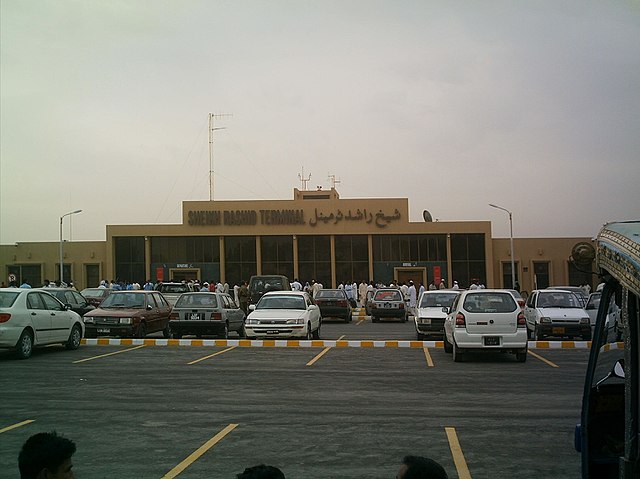 The Bahawalpur Airport began its operations in 1986, but development work to bring it up to modern standards began in the 2000s. The government of UAE oversaw the construction of a new terminal. Sheikh Rashid bin Saeed Al Maktoum, the former ruler of the United Arab Emirates, was funding the project.

Phase 1 of the project began in November 2002, with the opening of the first section of the airport’s 4,400-foot-long runway. Sheikh Hamdan bin Rashid Al Maktoum, Dubai’s Deputy Ruler, began Phase 2 of the reconstruction project in 2007.

The Pakistani Defence Ministry and the Dubai Civil Aviation Department were in charge of the airport expansion. Arrival and departure halls, airline offices, engineering and security support centres, and cargo spaces are all part of the complex. Within the airport, a new traffic control tower has also been constructed.

Bahawalpur International Airport is located on the southern side of the city, and is located roughly 9 kilometres from the city centre.

International identification codes for the airport are given below

The airport has a single terminal that caters to both domestic and international travellers.

In order to cater for the needs of the travellers, the following facilities are available at the airport:

Built well outside the city of Sialkot Sialkot International Airport (SIAL) is Pakistan’s first privately owned public airport. The airport extends over an area of 1,014 acres.

This airport had the distinction of having Pakistan’s longest runway prior to the opening of the new Islamabad International Airport. It is also Pakistan’s first greenfield airport and one of the country’s largest privately-owned foreign airbases.

The Sialkot International Airport, as one of Punjab’s secondary international airports, is expected to handle about 1,000,000 passengers per year from the city and surrounding areas.

The airport is located around 22 kilometres west of the city of Sialkot and is easily accessible through Daska Road, Wazirabad Road, and the M1 Motorway.

International identification codes for the airport are given below.

Domestic and international travellers are served by a single terminal at Sialkot International Airport. It also includes a CIP lounge for travellers flying in business class, first-class, Skywards Platinum, or economy class. It is accessible for a fee of USD 10 per person.

Here are some of the facilities available at the airport:

Gwadar was purchased by the Government of Pakistan from the Sultan of Muscat in 1958 and air operations to Gwadar started in 1966. The airport came on the international spectrum with biweekly flights from Gwadar to Muscat, initiated by Fokker F-27 aircraft.

In 2019, former prime minister Imran Khan had laid the foundation stone for the New Gwadar International Airport (NGIA). Once its construction is completed in late 2022, NGIA would be the country’s largest.

It is located in Gurandani, on the south-western Arabian Sea coast of Balochistan, on 4,300 acres (17 km2) of land, 26 kilometres northeast of the present airport in Gwadar City. The cost of NGIA is anticipated to be $246 million. China has fully supported it as a grant.

The terminal building at the airport was inaugurated in 1984, while the VIP departure lounges began operations in 2008.

The international IATA and ICAP codes of Gwadar airport are: 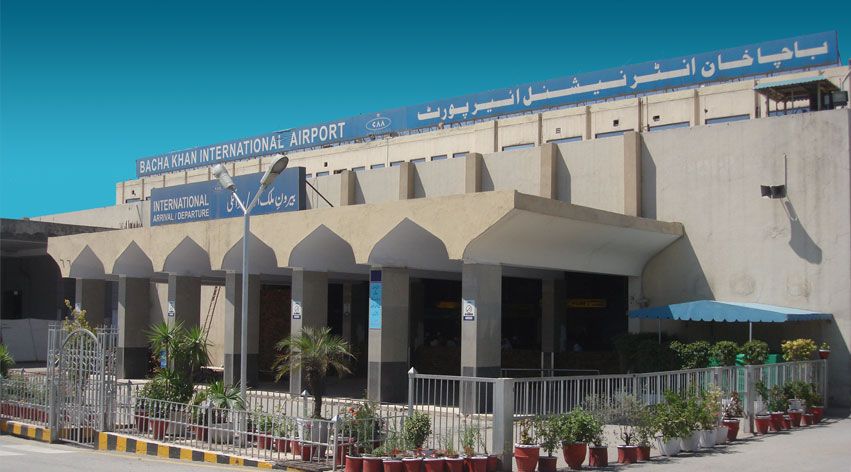 The airport dates back to 1927 when it was a small airfield that served most of the British Empire and aircraft heading towards the east (for example, to China and Malaya/Singapore) or west (for example, to the United States or Europe.

Because it linked traditional oriental culture to modern western traditions, the city was awarded the nickname “Gateway to the East”.

The airport only became significant after Pakistan obtained independence from the British Raj. The Pakistan Civil Aviation Authority (CAA) and the Pakistan Air Force began using the airfield jointly for military and civil operations.

The CAA did not enlarge the terminal until 1981 to fulfil projected needs over the next decade and to accommodate expected passenger growth. By 1986, it had been fully constructed, and the airport could accommodate four wide-body planes and two tiny narrow-body planes at the same time.

The provincial government met in 2008 to examine the expansion work required to improve the airport’s quality in terms of amenities, terminal modernization, and cargo growth.

The international recognition code of the Bacha Khan Airport are:

Prominent features of the airport are: 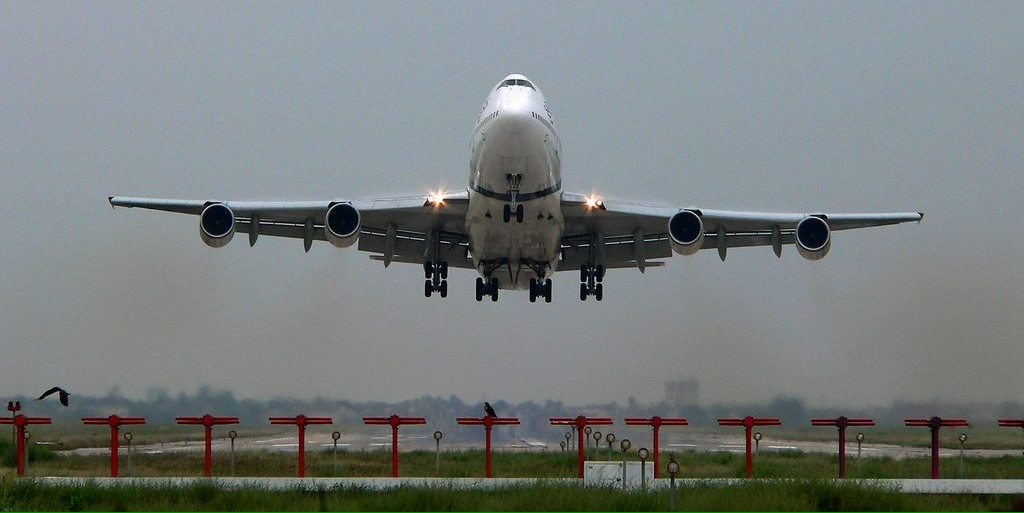 Only the major airports of Pakistan, along with their facilities, have been discussed above. In the following list, some of the smaller airports have been outlined, which largely handle domestic operations:

Rahim Yar Khan is home to the Sheikh Zayed International Airport. It was named after Sheikh Zayed bin Sultan Al Nahyan, the former ruler of Abu Dhabi, who contributed funds to the completion of this facility and other municipal development initiatives.

International airport identification codes for the airport are

IATA and ICAP codes for the airport are

To read more about travel and tourism in Pakistan, visit Graana.com. 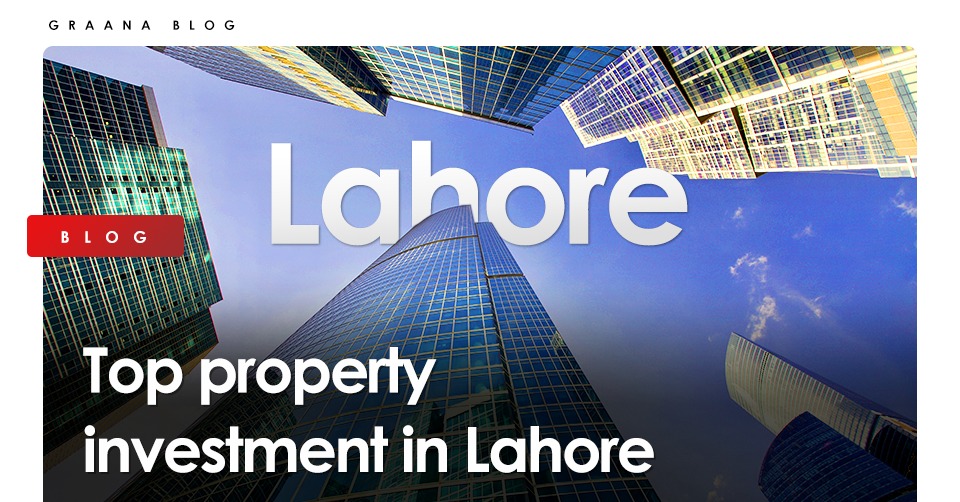