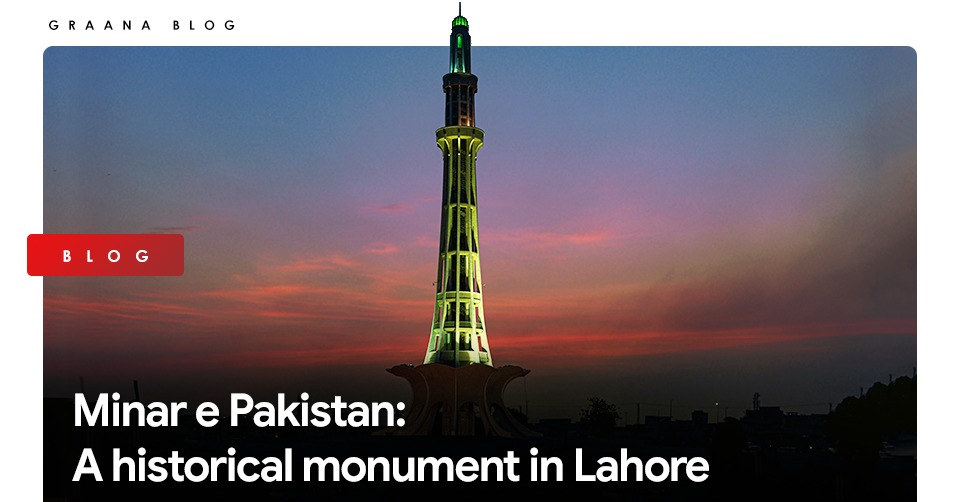 Each country is characterized by a number of historical buildings, landmarks, and monuments that reflect its cultural heritage. Careful efforts are made to trace their prehistoric past and preserve them in their original glory. While Pakistan is home to a number of such historic sites, Minar-e-Pakistan is considered the most significant among them.

Minar-e-Pakistan, also known as the ‘Tower of Pakistan’ or ‘Pakistan’s Liberty Tower’, is a national monument in Lahore. The tower was constructed between 1960 and 1968 at the location where the All-India Muslim League passed the Lahore Resolution on March 23, 1940.

It marked the first official call for an independent homeland for British India’s Muslims, as advocated by the two-nation theory. In 1947, the resolution was instrumental in the creation of an independent Pakistani state. 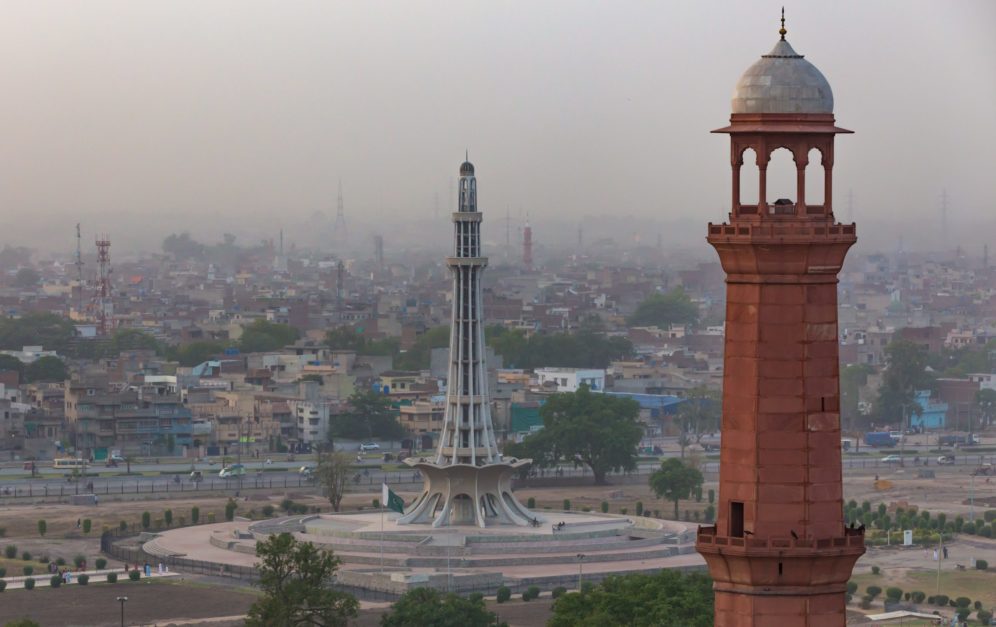 The tower is situated in the heart of Greater Iqbal Park, formerly known as Minto Park.

The tomb of Hafeez Jalandhari, an Urdu poet who wrote the lyrics of the National Anthem of Pakistan, is situated in the courtyard of Minar-e-Pakistan.

Some other tourist attractions in the vicinity are as follows: 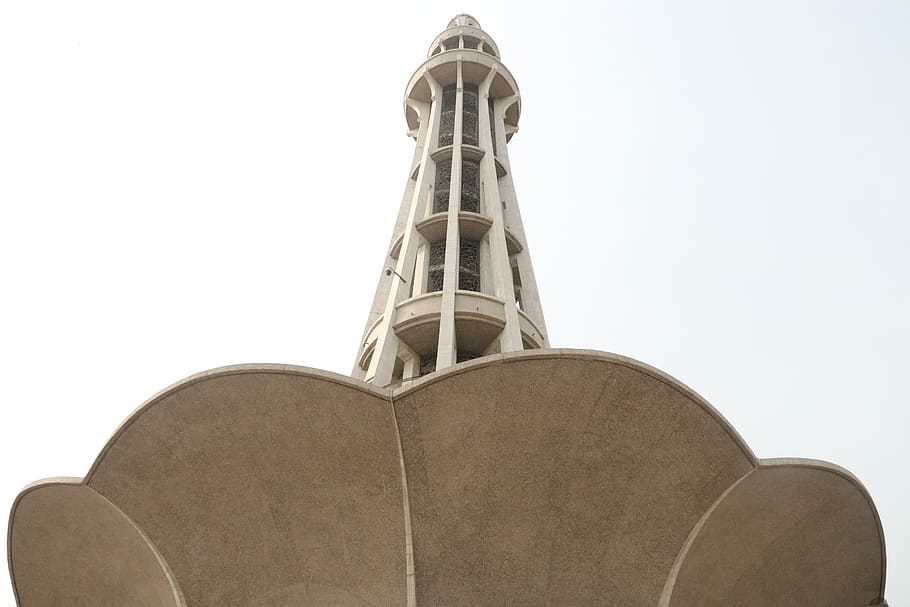 The architect of Minar-e-Pakistan was Nasreddin Murat-Khan, a Russian-born Pakistani architect and civil engineer. He was also the architect behind Gaddafi Stadium and several other notable structures.

The architecture of Minar-e-Pakistan is a mix of Mughal/Islamic architecture and contemporary styles. It is surrounded by a large park, an artificial lake, and trickling fountains, all of which add to its beauty.

The base of the tower is designed like a flower, with the petals spreading at a height of 9 meters. The tower’s diameter is approximately 9.75 meters. The rostrum faces Badshahi Mosque and is comprised of patterned tiles. There are four platforms in the base.

The first platform is made of uncut stones from Taxila, which symbolize the unwavering efforts of Indian Muslims during the time of independence. The second level is made of hammer-dressed stones, representing the rigorous struggle for freedom, whereas the third platform is composed of sculpted stones, signifying the progress of the movement.

Finally, the fourth is made up of white marble to display the success and sovereignty of the freedom movement. Visitors can climb the stairs or use the elevator to reach the top of the minaret to get a panoramic view of the city. It is also used for political and religious gatherings. 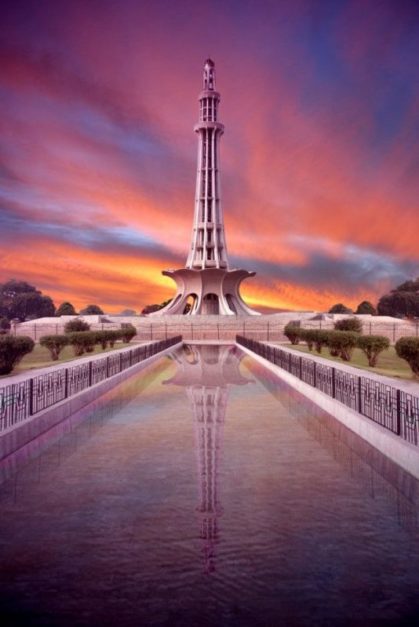 The foundation stone of Minar-e-Pakistan was placed on March 23, 1960. It took eight years to complete (on October 21, 1968), and the entire project cost around Rs. 7,058,000. At the request of Governor of West Pakistan Akhter Husain, the money was raised by levying an extra tax on movie and horse racing tickets.

There are botanical engravings on ten focalizing white marble plaques at the base of Minar-e-Pakistan. The inscriptions include the highlighted details of the Lahore Resolution and Delhi Resolution in Urdu, Bengali, and English.

Quranic verses and the 99 attributes of God are etched in Arabic calligraphy on various plaques. Furthermore, the National Anthem of Pakistan (in Urdu and Bengali), excerpts from Muhammad Ali Jinnah’s speeches (in Urdu, Bengali, and English), and a few couplets by Allama Iqbal are also engraved there.

Minar-e-Pakistan holds great historical importance since it symbolizes one of the most significant freedom movements in history. The day of March 23, 1940, is remembered as the day when Muslims demanded their own homeland. It echoed Allama Iqbal’s presidential address from Allahabad in 1930, in which he expressed his desire for an independent country for India’s Muslims. The Lahore Resolution urged that Muslim-majority districts in India’s north-eastern and northwestern zones be united as independent states.

In 1999, Atal Bihari Vajpayee, the Indian Prime Minister of that time, became the first leader from India to pay a special visit to Minar-e-Pakistan. On 21st April 2022, former prime minister and Pakistan Tehreek-e-Insaf (PTI) Chairman Imran Khan held a mammoth public gathering at Minar-e-Pakistan, after holding two in Karachi and Peshawar earlier.

This was after he was removed from his position after a no-confidence vote. This series of massive rallies are intended as a peaceful struggle for what Imran Khan calls the ‘real freedom’ movement. Minar-e-Pakistan is also where he displayed the strength of his political party in 2011.

In fact, the political party has held a total of four public gatherings at this site in the last decade, thus displaying the significance of the monument in shaping the nation.

Minar-e-Pakistan reflects the subcontinent’s Muslims’ never-ending hardships and endeavors to get to their beloved motherland. It serves as a reminder of the blood, sweat, and tears that went into obtaining this freedom. It is not only historically significant for Pakistanis, but it is also a popular tourist destination.

For more information on the important landmarks of Pakistan, visit Graana.com. 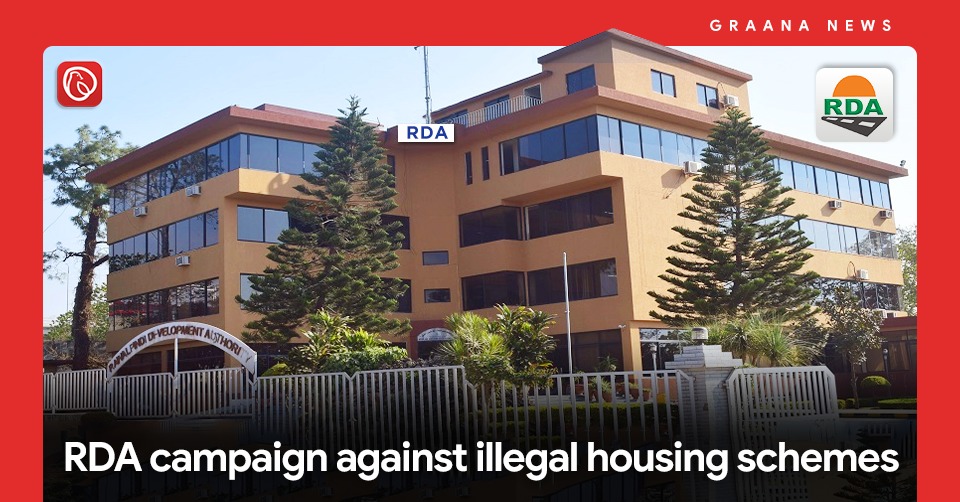