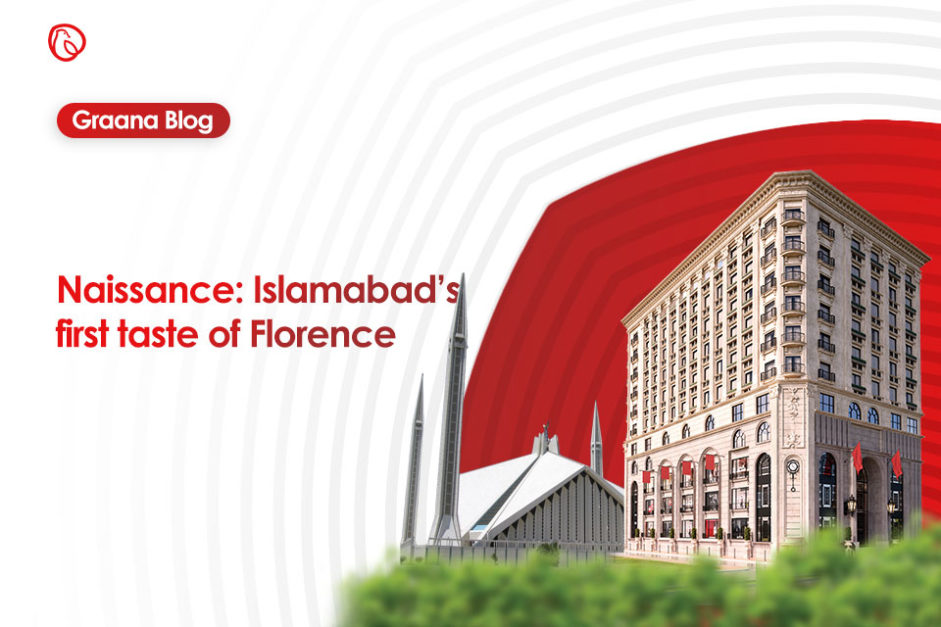 The era of rebirth sprouted the change in art, literature and architecture. The Renaissance was a period of creativity and liberty. The liberties taken with the contemporary practices of the Greeks and Romans introduced a whole new horizon, and Florence was the centre of it. The movement that originated in Florence spread throughout most of the Italian peninsula and the masterpieces created then still stand testament to the imagination and creativity of its originators. The rebirth of Classical culture started in the early 15th century and made its way into Europe, replacing the medieval Gothic style. Renaissance took form by absorbing the ancient Roman forms. The writings of the Roman author and architect, Marcus Vitruvius Pollio, served as the cornerstone for the reimagining of the Roman influence on architecture. “De Architectura” was heavily relied on by Leon Battista Alberti to write his treatise on classic architectural, “De Re Aedificatoria”, the first theoretical book written on the subject of Italian Renaissance. Renaissance carried the air of rebirth to France, Germany and England, reinventing and influencing the art, literature and architecture throughout Europe.

Renaissance architecture tends to feature planar classicism. The walls of a Renaissance building, both exterior and interior, are embellished with classical motifs (e.g. columns, pilasters, pediments, blind arches) of minor physical depth, such that they intrude minimally on the two-dimensional appearance of the walls. Put another way, the walls of a Renaissance building serve as flat canvases for a classical veneer. This contrasts sharply with Baroque architecture, in which walls are deeply curved and sculpted. Planar classicism also tends to divide a wall into neat sections, using such elements as columns, pilasters, and stringcourses. A Baroque wall, on the other hand, is treated as a continuous, undulating whole.

Renaissance architects were critical of their predecessors and preferred the simplicity and balanced proportions of Classicism to the intricacy and verticality of the Gothic Style. Those at the helm of the movement struck a balance between beauty, construction and the human sense of proportions. Symmetry and simple proportions were incorporated with the Roman and Greek styles to increase and appeal to the aesthetic sense of the people. The perception of people was one of the biggest influences on the designs in the Renaissance. This expanded on the ideals of Classical periods and resulted in clear, easily comprehended space and mass differing for the intricate and complex Gothic Style. The architects trained as philosophers and humanists elevated their profession. The buildings were designed to elicit emotions while appealing to logic and reason. The architecture was utilised to convey and to create a theme and a motif. 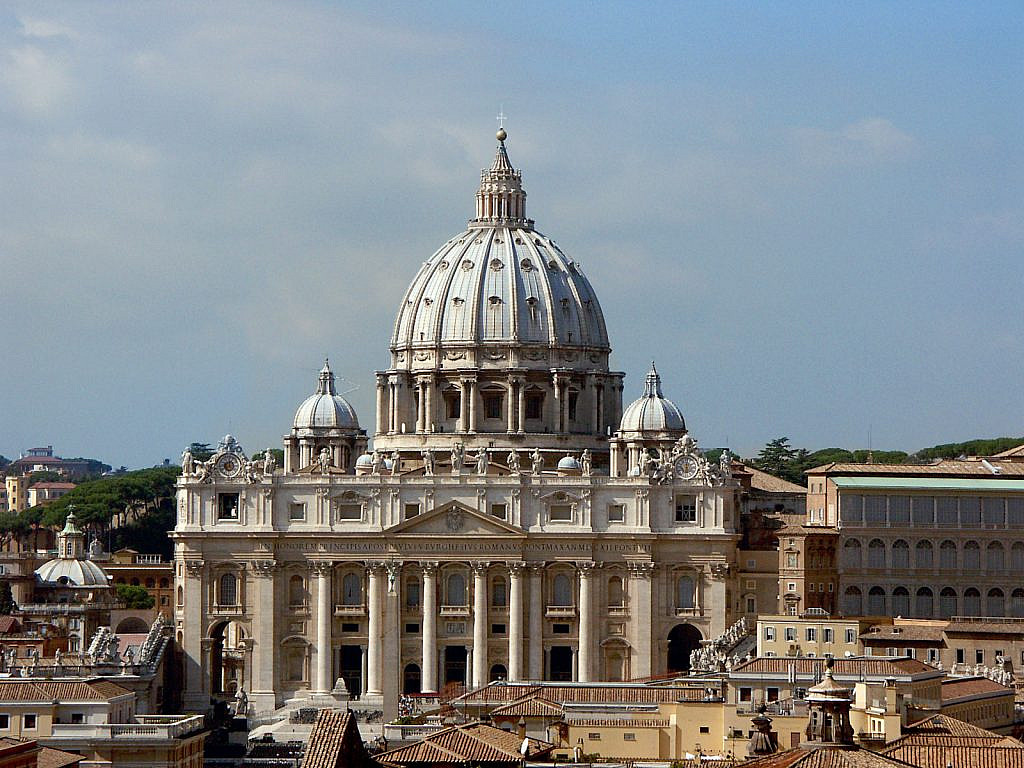 The Early Renaissance was ushered in by Filippo Brunelleschi. Heralded as the first architect of the Renaissance, Brunelleschi derived inspiration from Gothic roots for a pre-industrial marvel known as the dome of Florence Basilica. The dome is not considered to be a Renaissance work and the touch of Renaissance in Brunelleschi’s design is seen in the Basilica of San Lorenzo, which includes a series of blind arches on the exterior and the interior designed on planar classicism. Leon Battista Alberti theorised the architectural principles of the Early Renaissance and immortalised his position as one of the most influential architectural theorists. Alberti was the leading pioneer of the classical façade design which can be observed in the Church of Sant’Andrea and Palazzo Rucellai. 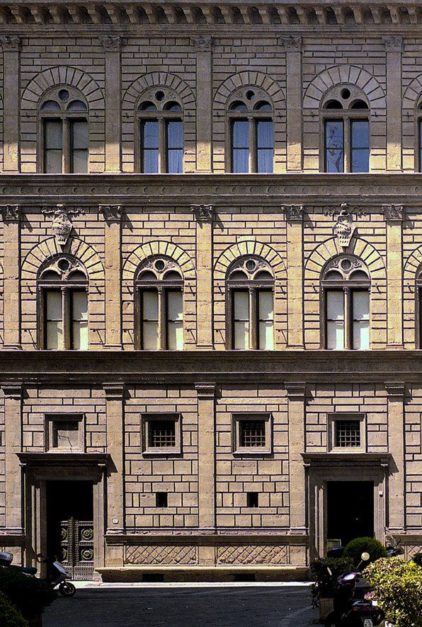 Early Renaissance still incorporated the Gothic complexity to a degree but the High Renaissance greatly focused on classical simplicity and harmony. The central plan layout was popular during this period. The rotational symmetry was paired with Doric, Ionic, Tuscan and Corinthian influences. The architectural pioneer of this era was Donato Bramante. As the Renaissance flourished, it entered the period of deliberate pursuit of novelty and complexity, known as the Late Renaissance or Mannerism. Mannerism featured a rebellious outlook, a distortion of the classical balance and harmony. In the exploration of new artistic possibilities, even the architects with a classical sense of aesthetic took liberties. Andrea Palladio’s villa designs cemented him as arguably the most influential architect of all time. The palladian arch introduced by him is still being incorporated in today’s architecture. 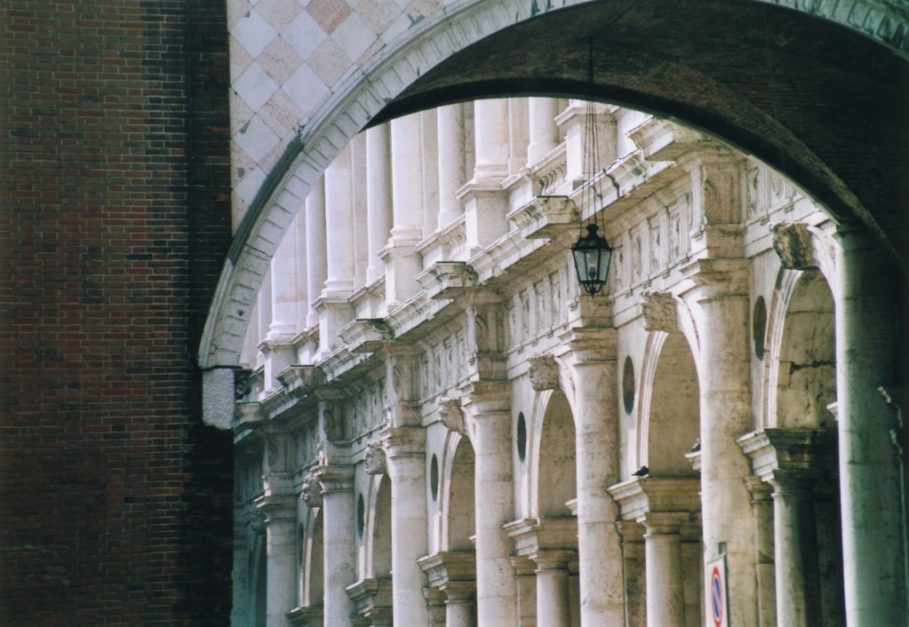 Islamabad – a Centre for Cultures:

The historic land on which the planned city of Islamabad is built is considered one of the earliest sites of human settlement in Asia. Excavations have revealed evidence of prehistoric culture in the area. It was quite suitable to build a city that was going to be a centre for multiple cultures on this land. In 1960, Islamabad was constructed and the capital was shifted from Karachi. The city had almost no native population but as time passed, an amalgam of cultures appeared to thrive in Islamabad. The city attracted people from all over Pakistan and even abroad. The broad strokes of Pakistani traditions have evolved due to the influx of foreigners to create a diverse and multiform culture. Islamabad, when designed by Dioxidis as a dynapolis, has morphed into one in every facet of life. This has enabled Islamabad to thrive despite having multiple cultures. 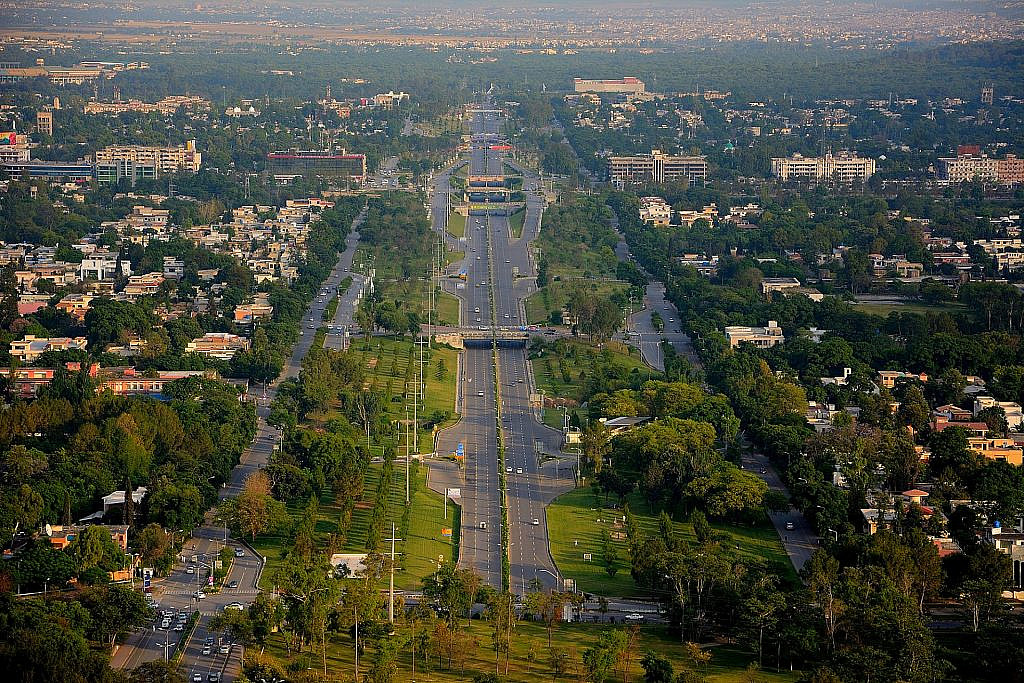 The Architecture of Islamabad:

The name Islamabad is derived from two words, Islam and abad, meaning “the city of Islam”. This idea is also prevalent in the architectural style of most building in the city. The city combines modern and old Islamic and regional traditions. There are multiple examples of this fusion. The Saudi-Pak Tower, Pakistan Monument and Faisal Mosque are some of the examples. Another landmark of modern architecture is the Centaurus. In the last two decades, the architecture of the city has seen quite a lot of western influence. This evolution in the style has been lacklustre with straight high-rises with no thematic soul. Architects have borrowed contemporary western styles but the lack of humanistic approach has made the structures lacking in purpose and aesthetic. The city also has architectural influences from multiple cultures as visible in the Mall of Arabia and The Amazon Mall which take inspiration from Moorish architecture and the Amazon rainforests, respectively. 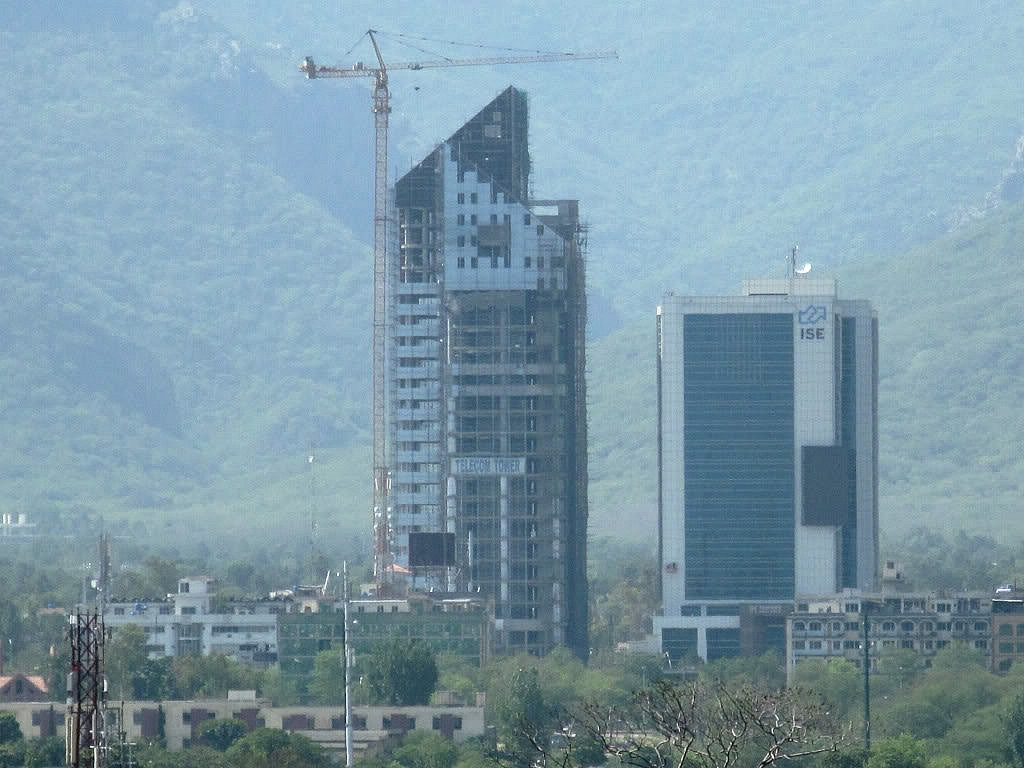 Islamabad, in the last two decades, has seen most of its architectural design influenced by western and modern designs. The unbridled approach to mix traditional architecture with foreign influences has isolated the general theme of the city. The city which was supposed to be a centre of diversity has become bland with the same architectural style being repeated over and over again. There have been some attempts to increase the cultural value while enhancing the aesthetic in the form of Amazon Mall and the Moorish architecture observed in the Mall of Arabia. 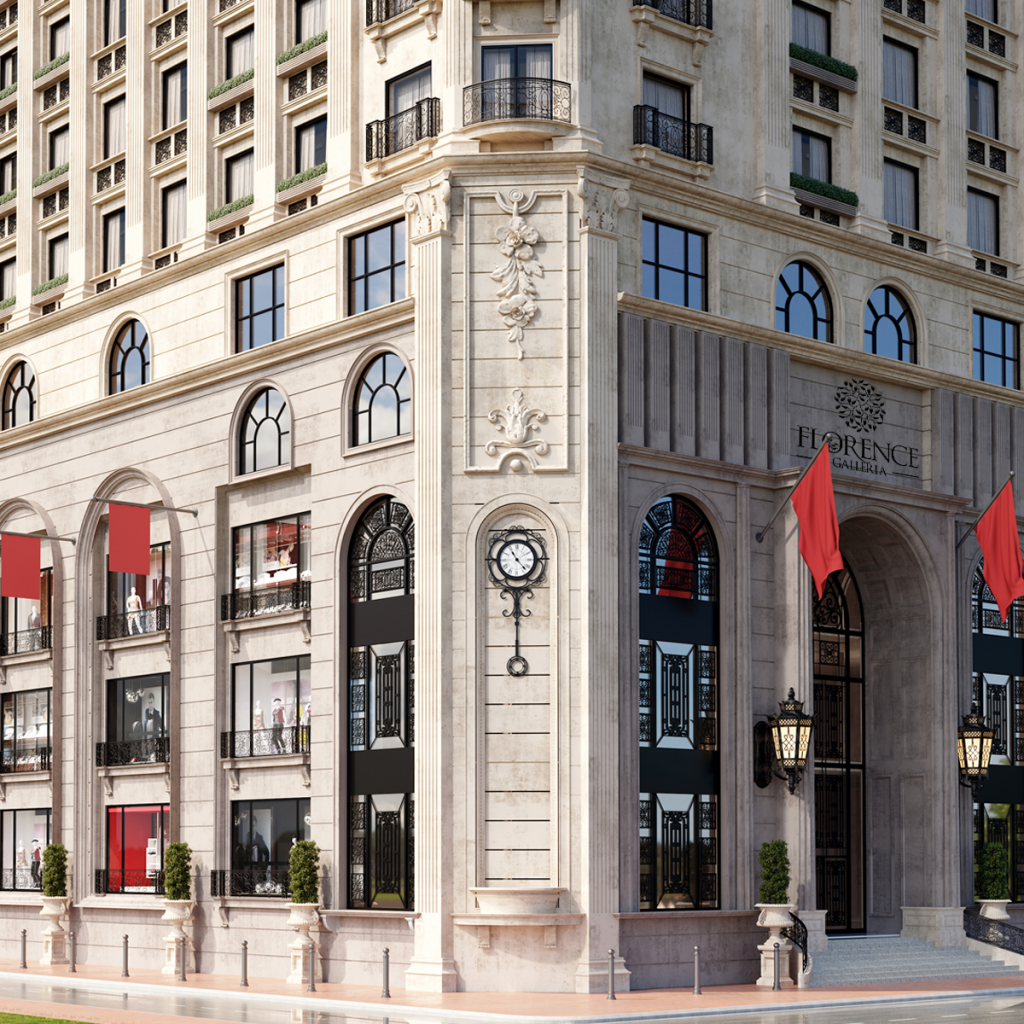 Florence Galleria is an attempt to introduce Renaissance architecture to the city of Islamabad. The 15-storey marvel is designed with influences ranging from the Early Renaissance to the High Renaissance and Mannerism. The project is designed to culminate the same humanistic ideals of Brunelleschi, the simplicity of Bramante and the liberating creativity of Palladio. Florence Galleria is an attempt to breathe fresh air into the soulless architectural style that has crept into Islamabad. The building will feature the symmetry seen in the Roman classics while incorporating pilasters influenced by Doric and Ionic styles. The Palladian arches and facades pioneered by Alberti will grace the exterior. The tunnel vaults and walls decorated with frescoes of Gothic style will be reimagined in Pakistan. As Renaissance its focus, the building is designed to maximise the use of space. Florence Galleria aims to bring the Renaissance not just in architecture but in the experience as well. A 4-star hotel, a grand souk and a one-stop state of the art beauty and body care hub will familiarise you with the concept of rebirth. The purpose of this project is to add another iconic landmark in Islamabad. The concept of Renaissance that has been seen throughout the world has yet to reach Pakistan, and Florence Galleria aims to be the first taste of Florence for Islamabad. 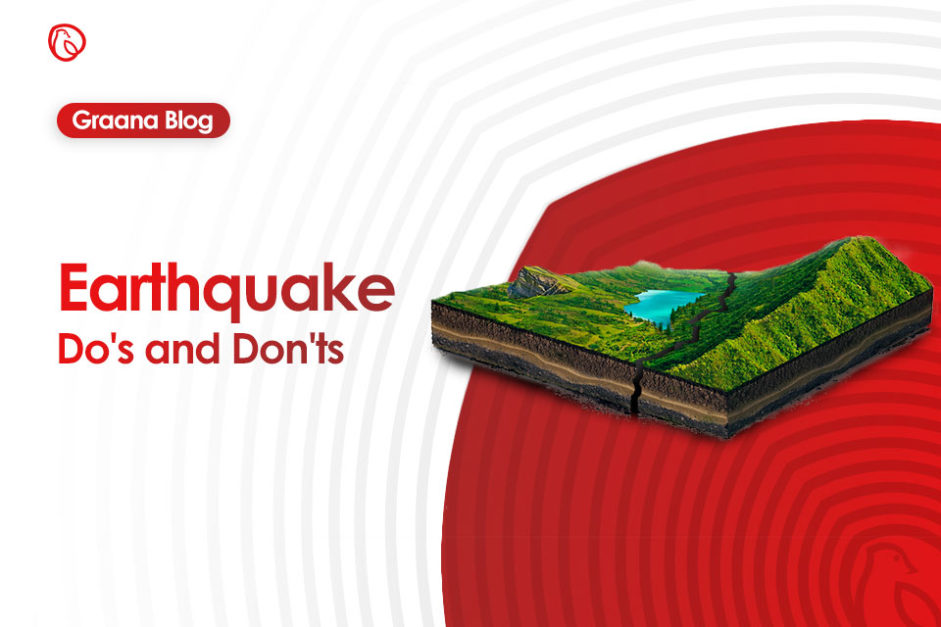