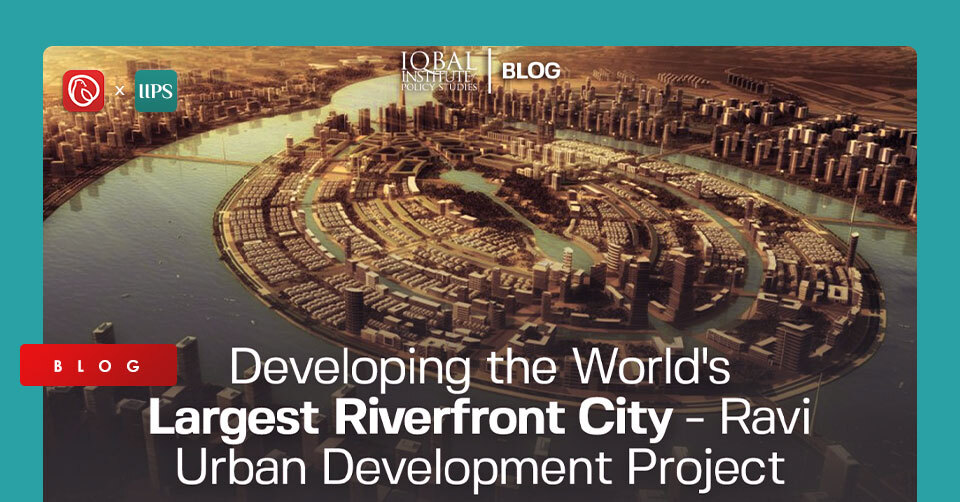 Located on the outskirts of Lahore, the Ravi Riverfront Urban Development Project aims to develop the world’s largest riverfront city in Pakistan. The project, envisioned at the time of the country’s independence in 1947, was only seriously considered by the Government of Punjab 66 years later in 2013.

The project aims to rehabilitate and develop the dying River Ravi into a perennial freshwater body, with high-quality waterfront urban development on the reclaimed and adjoining land. 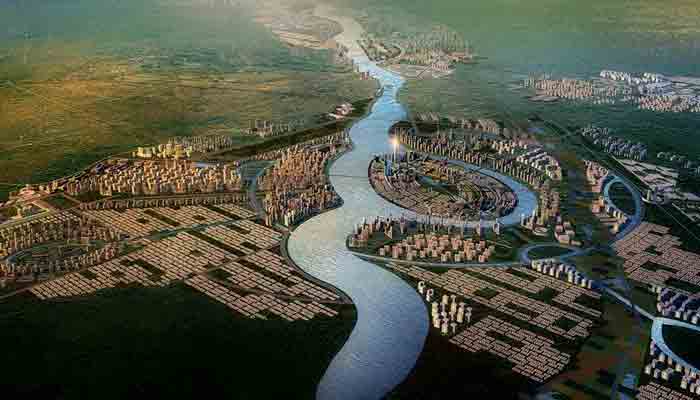 In August 2020, the Prime Minister of Pakistan also launched the Ravi Urban Development Authority which will overlook the entire process as the project is worth more than Rs. 5 trillion in value. Continue reading to understand the project’s objectives along with its timeline and impact on the people of Lahore and the real estate sector.

As rapid urbanisation occurred due to rising rural-to-urban migrations and population growth, people poured into cities to seek better investment opportunities in Pakistan. Lahore was no exception to this.

The population of Lahore increased from 3.9 million in 1990 to 13 million in 2021 (Khan, 2021). This massive influx in the city’s population has caused a strain on natural resources and the environment while also resulting in the deterioration of the general living standards of the city’s residents. For instance, the city’s groundwater reserves are depleting at an annual rate of 1 meter.

In winter, the city is covered with the smog that disrupts transport and endangers the lives of millions with poor air quality. Moreover, many industrial settlements have polluted water sources with heavy metals, municipal waste, and industrial sewage.

Realising the challenges of overpopulation and falling living standards in Lahore, the Ravi Urban Development Authority (RUDA) was formed in 2020 to overlook the formation of a well-planned city along the Ravi riverfront to release the mounting pressure on Lahore. It is a great step towards a clean, green, and secure future. Continue reading to get further insights on the game-changing project. 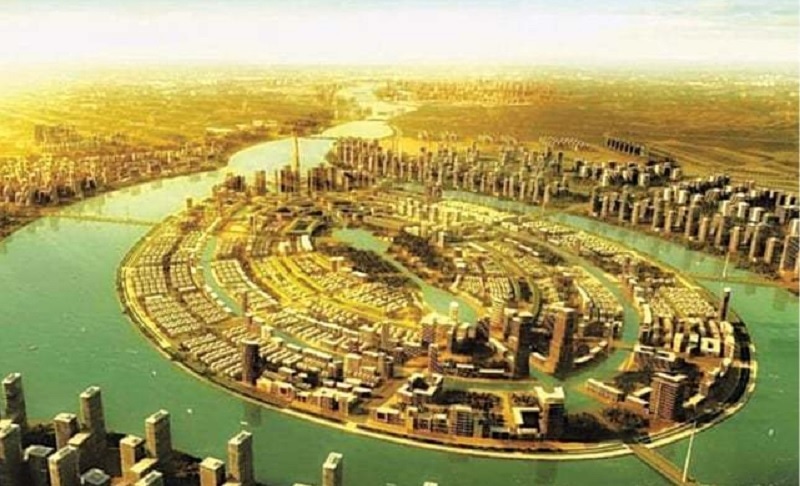 The Ravi Urban Development Project consists of developments on more than 100 acres of land, which will be converted into a state-of-the-art master-planned city in 6 decades. The project poses enormous environmental benefits and economic opportunities for local and overseas investors.

It will be completed in three phases. The Ravi River will be cleaned in the first phase, and water filtration plants will be established to revive the river from heavy pollution and industrial waste contaminants. Groundwater will be replenished by establishing a 46 km long lake, which will help the earth absorb up to 1 billion litres of water daily.

The lake will also provide 2 billion litres of clean water to Lahore city, fulfilling 50 per cent of the city’s water demand. An urban forest will also be set up during this phase of the project to ensure that all future developments in infrastructure do not have a tremendous environmental impact.

The second phase will focus on roads and infrastructure developments, while the third phase will be geared towards setting up education, health, commercial innovation, government, and sports facilities (Randhawa, 2021).

Under this project, existing forests will be preserved while establishing a 100-acre knowledge park that will host several universities, making it a hub of knowledge and research. It is planned that more than 6 million trees will be planted in the city besides eco-ponds, wetlands, wildlife sanctuaries, theme parks, botanical gardens, and algae ponds.

Therefore, it can be understood why the project is a welcome proposition for local and overseas investors in the real estate sector. Nearly five thousand small and medium businesses will be established throughout the development.

The Ravi Urban Development Authority will also provide an ecosystem for technological and media businesses to promote the project’s benefits locally and globally. The development of high-rise buildings consisting of more than 18,000 units will also boost the construction sector, creating thousands of job opportunities in more than 40 allied sectors (DailyTimes, 2021).

The Potential of Investing in the Ravi Riverfront Project 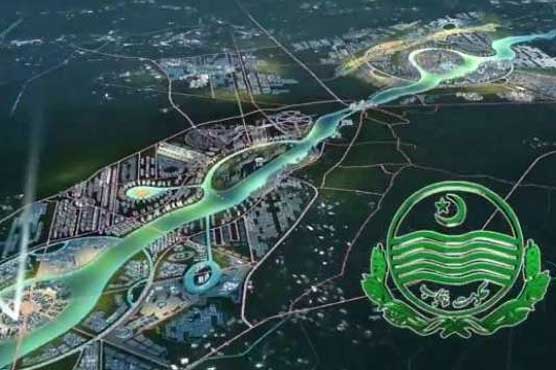 The Ravi Riverfront Project will give new life to the construction industry and the economy, so the government has announced multiple incentives for the construction sector to facilitate capital flow, tax reductions, financing facilities, and simplification of relevant laws.

In the future, the project will generate over 250 billion rupees in revenue, creating more than 260,000 jobs. Upon successful completion, it can be used as a model for other cities, such as Karachi, Gujarat, Jhelum, and Khushab.

Consequently, it is anticipated that the project will bring much-needed foreign direct investments and local industrial growth to the economy of Pakistan, revitalizing the real estate sector.

With the challenges associated with rapid urbanisation rising in Lahore, such as overpopulation and deteriorating living standards, the Government of Punjab decided in August 2020 to launch the Ravi Urban Development Project.

The project aims to develop a state-of-the-art planned city along the Ravi Riverfront. The project is planned to complete in three phases. The first phase will focus on cleaning the river of all pollutants and establishing a nature park.

The second and third phases are focused on infrastructural developments. The project will provide a much-needed boost to the construction sector of Pakistan, along with generating jobs and revenue from 40 allied industries.

The Ravi Riverfront project can be a great opportunity for local and overseas investors and can prove to be a game-changer for the economy of Pakistan. 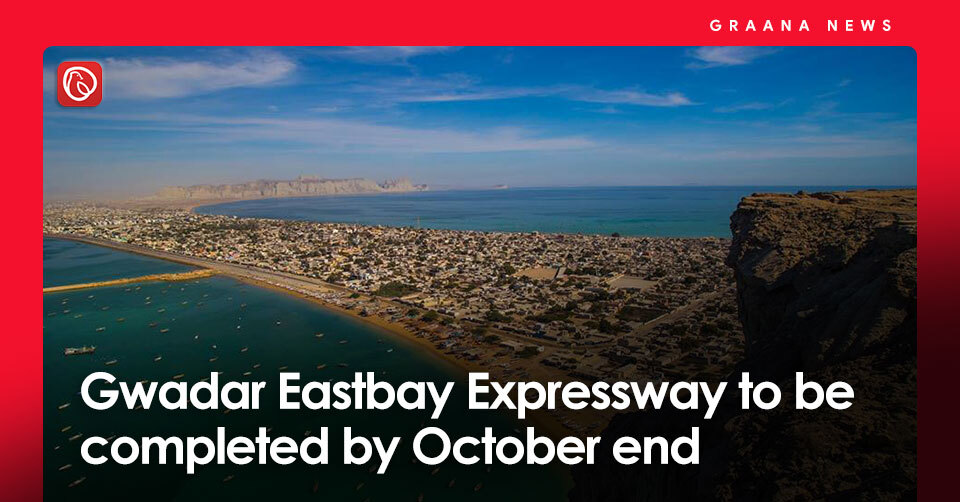 Gwadar Eastbay Expressway to be completed by October end