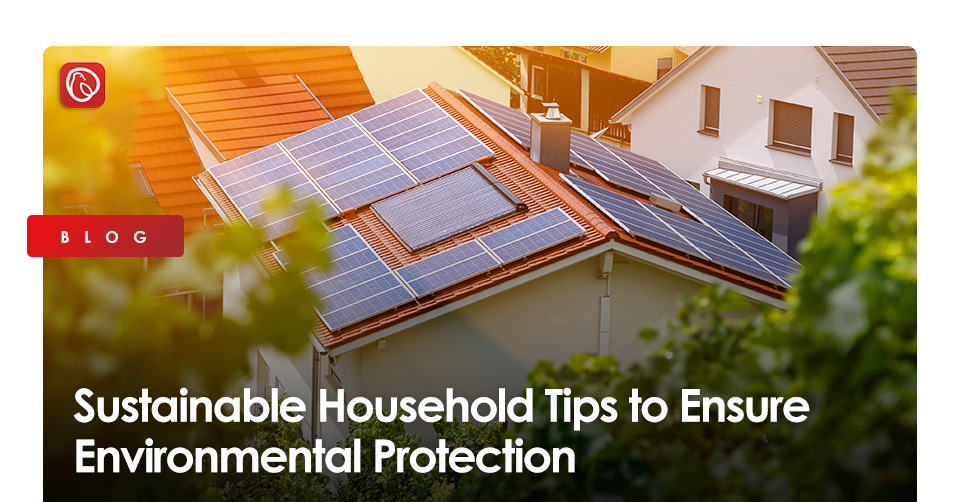 Rapid urbanisation and increasing population have provided an impetus to governments and policy circles to approach urban development with new and modern strategies. The trend of rural to urban migration, which dominates various issues including pollution, poverty, and resource scarcity associated with rapid urbanisation.

Amidst these changing patterns, efforts are underway to protect the ecosystem which for very long had remained at the backburner. States have adopted top-down, and bottom-up approaches to make significant changes at the micro and macro levels of societies. Moreover, citizens across the states have extended their scope of civic responsibilities and have undertaken different initiatives for achieving short and long-term goals.

With transforming the real estate landscape,  the rapid urbanisation along with other factors has resulted in various environmental issues that include global warming, carbon emissions, and glacial melt.

It has been cited by the United States Environmental Protection Agency that greenhouse emissions produced as a result of Electricity and Heat Production in 2010 had a share of 25% of global greenhouse emissions. While the share of Building sectors in 2010 was 6% of global greenhouse gas emissions. The greenhouse gases have repercussions on the world’s ecosystem and endangering the biodiversity of the world. Furthermore, with the shrinking of green spaces, flora and fauna, and the ecosystem, the life cycle can face severe consequences in the future.

In the context of economic development, the buzzword ‘Blue Economy’ has become a tool of reinvigorating the Pakistani economy. However, the increasing carbon emissions are proliferating the number of algal blooms in the oceans and damaging the ecosystem of marine life. Moreover, the lack of recycling and the low popularity of using recycled products is contributing to the plastic pollution in oceans accompanied by synthetics used in detergents.

In these circumstances, the relevant stakeholders have found themselves in a conundrum where they have to make room for rapid urbanisation due to globalisation and also adapt to climate change. The industries emitting greenhouse emissions have correlation and direct contributions from domestic usage in residences; by including eco-friendly and sustainable techniques in the residential buildings the residences and housing sector can act as a catalyst of change.

Amidst the rising concerns, Graana.com brings a list of sustainable practices that can be taken up at household level to play a part in curbing carbon emissions and protecting our environment.

Water scarcity has become a major policy issue, in the light of depleting water resources and the freshwater being wasted in the oceans this technique can solve the water issues of urban centres.

This technique involves the treatment of the greywater collected from laundry, bathing, and domestic use in a dedicated water tank. The water is passed through various filters which can be used for irrigation purposes, gardening, and daily routine of cleaning. If done at the micro-level or at municipalities, the technique can prove beneficial for conserving water.

With shrinking green areas and increasing urbanization, the temperature of planet earth is likely to increase above the determined limit of 2 degrees centigrade. Trees and plants absorb the carbon emissions and help to maintain the temperature of the earth which is suitable for biodiversity.

The technique of vertical gardening in the urban centre can resolve the issue of increasing carbon emissions and greenhouse gases. Moreover, this technique has a direct impact on the energy consumption pattern of residences. The state of Pakistan relies on the burning of fossil fuels for providing electricity to households, moreover, the demand for electricity increases in summer thus increasing the carbon emission and changing energy patterns in households. By, incorporating vertical gardening the impacts of climate change can be mitigated.

Detergents are among the primary household items and occupy the shelves of almost every household. The detergents are primary tools of industrial and domestic consumption and mostly used for laundry, and cleaning purposes. The detergents mostly contain phosphorus which is damaging to marine life. In developing countries, untreated water mostly mixes with major water bodies (seas and oceans) and damages marine life.

The synthetic-free products can come to the rescue of marine life and can also help to tackle various skin diseases.

One of the major pollutants of water bodies is plastic. The plastic bottles which are not recycled end up in the oceans, and it is estimated that if the same trend of plastic dumping continues the plastic will outweigh all the fish by 2050.

The practice can be altered by changing the attitude of the public and advising them to adopt plastic-free practices. Through advocacy and strict policy implementation, water bodies can be preserved from plastic pollution.

Last but not the least, renewable energy sources are one of the major tools that can decrease the number of carbon emissions and preserve natural resources for the coming generations. Around the world, residences are shifting to solar systems that not only work for the preservation of the environment but also help to manage the monthly finances of households in a better manner. The medium and low-income families dedicate a major portion of their incomes to utility bills, if the energy produced through renewable energy sources is supplied to households then it can benefit in myriad ways.

By incorporating the following eco-friendly techniques with conventional methods, the urban households, and residences can lower the carbon emissions at the micro-level and reverse the environmental deterioration. Moreover, these practices are easy to adopt at the household level and can be enforced by different municipalities and housing societies to create a better environment.

Majority of street lights made functional by CDA