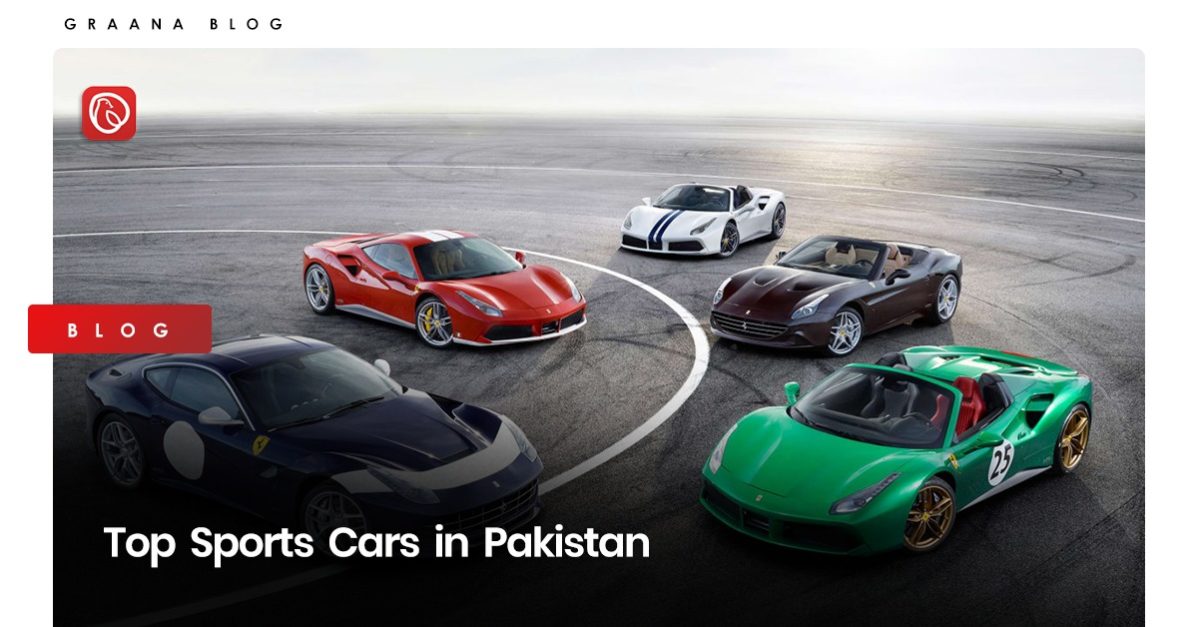 Sport cars in Pakistan are some of the most popular and coveted vehicles on the road. With their powerful engines, agile handling, and sleek designs, they are the ultimate expression of automotive performance.

In Pakistan, however, finding a sports car can be quite challenging. While there are many car enthusiasts in the country who would love to get behind the wheel of a high-performance vehicle, the availability of sports cars is somewhat limited here.

Whether you are looking for a classic muscle car or a cutting-edge sports car, Graana.com provides a few options that are available in Pakistan below.

What Are Sports Cars? 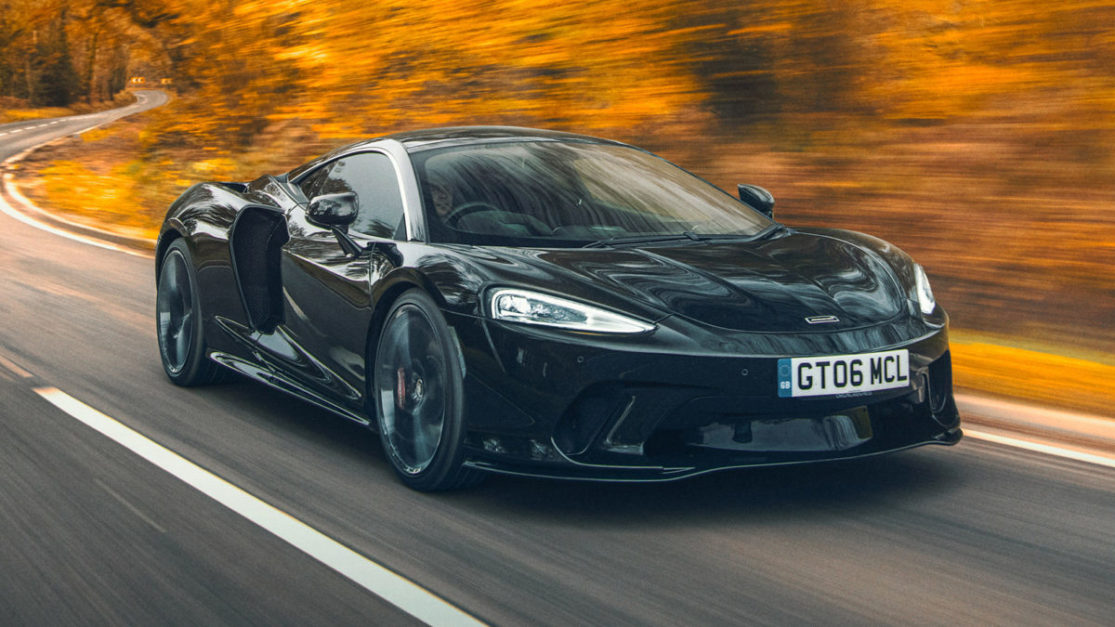 Sports cars are vehicles that are designed specifically for high-performance and agile handling. They are typically characterised by their powerful engines, low and wide stances, and sleek, aerodynamic bodies.

They can be either two-seater or four-seater cars, and they often have a coupe or convertible body style. Some examples of sports cars include the Porsche 911, the Ferrari F8 Tributo, the Lamborghini Aventador, and the Ford Mustang.

Sports cars are often associated with luxury, and many come with a higher price tag as compared to other options in the market. They are usually not practical for everyday use, due to their high-performance capabilities and often limited cargo space. However, for many car enthusiasts, the thrill of driving a sports car is worth the trade-off.

Most Common Sport Cars in Pakistan

Following are some sports cars that you can find in Pakistan:

The Honda CR-Z is a sporty hybrid coupe that was produced by Honda from 2010 to 2016. It was the first hybrid sports car and featured a combination of a petrol engine and an electric motor, with performance elements like 2+2 seats. The CR-Z is available in limited showrooms in Pakistan, so it is hard to find many of these in the country.

However, it is possible that you may be able to find a used CR-Z imported from another country. It is worth noting that importing a car to Pakistan can be a complex and expensive process, and you should be prepared to pay duties and taxes on the vehicle. It is recommended to do thorough research before importing any car.

The interior, on the other hand, includes: 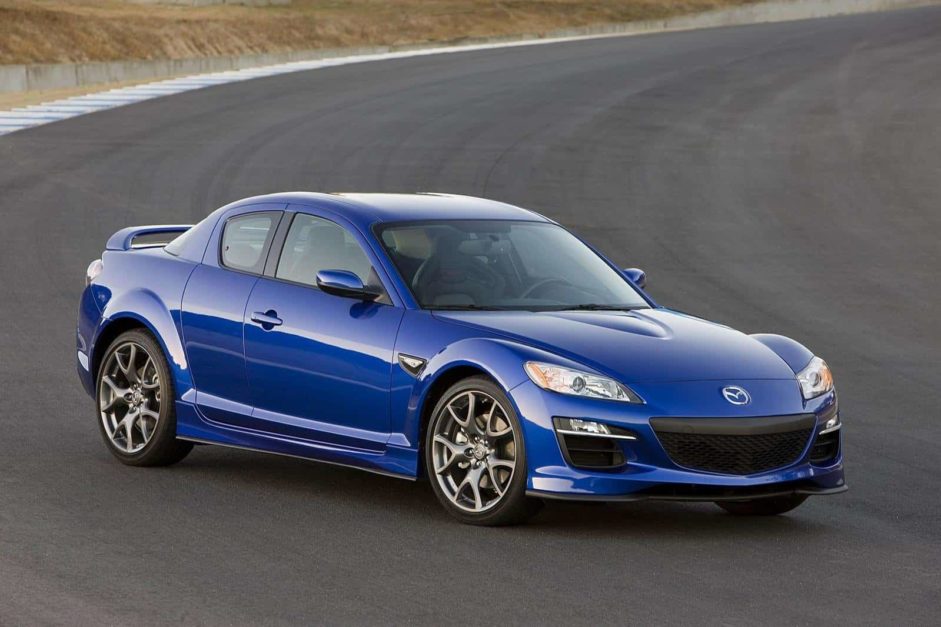 Mazda RX-8 is a sports car that was produced by Mazda from 2003 to 2012. It is known for its unique rotary engine, sporty handling and exquisite interior and exterior.

Like the Honda CR-Z, the Mazda RX-8 was not officially sold in Pakistan. It is possible to find used RX-8s that have been imported from other countries, but it is important to keep in mind that the process of importing a car to Pakistan can be costly and complicated.

Exterior features are as follows:

The Chevrolet Camaro is a popular sports car that has been produced by Chevrolet since 1966. It is renowned for its powerful engines and sporty handling. The Camaro is not officially sold in Pakistan and is available through import only.

It is rated as an excellent and enjoyable luxury sports car. With its excellent performance, rapid acceleration, well-decorated interior, and high-tech features, it is definitely worth the investment.

However, there are some issues despite the vehicle’s aerodynamic shape and upscale cabin. For instance, the small windows at the back seats make viewing difficult, and the car offers congested space for passengers to sit. Moreover, luggage space is also limited.

The Porsche 911 is a sports car that has been produced by Porsche since 1964. It is one of the most iconic and enduring sports car models in the world.

There have been many different versions of the 911 over the years, and its details and specifications depend on the specific model and year. In general, the Porsche 911 is popular due to its rear-mounted flat-six engine, rear-wheel drive layout, and sporty handling.

Some common features of the Porsche 911 include:

Engine: The 911 has traditionally featured a rear-mounted, flat-six engine, although more recent models have also offered flat-four and flat-eight engines. The 911 has a range of engine sizes, from 3.0 litres to 4.0 litres, and comes with both options of naturally aspirated and turbocharged engines.

Transmission: The 911 has been offered with both manual and automatic transmissions over the years.

Suspension: The 911 features a sport-tuned suspension for agile handling.

Interior: The 911 has a luxurious interior, with a range of advanced features such as a touchscreen infotainment system, climate control, and a variety of driver assistance technologies.

Exterior: The 911 has a distinctive and iconic design, with a sloping roofline, rounded headlights, and a wide stance.

Other details are included in the following table.

One of the brand’s most well-known sports vehicles, the Mercedes Benz SLK was produced from 1996 to 2015. It was created with Pakistani consumers in mind as well. It was available in a range of trim levels, and the details and specifications depend on the specific model and year.

Moreover, it has an eye-catching design, an innovative interior design with 2+2 seats, along with ample luggage space.

Although it is an expensive car, the high-tech features justify the price.

Some common features of the Mercedes-Benz SLK include:

Engine: The SLK was offered a range of four and six-cylinder engines, ranging in size from 1.8 litres to 5.5 litres. Some models were available with a turbocharged engine for added power.

Transmission: It came with both options of manual and automatic transmission.

Suspension: The car featured a sport-tuned suspension for a smooth ride.

Interior: Advanced features like a touch screen infotainment system, climate control, and driver assistance technologies were included in the system.

Exterior: The SLK had a sleek and stylish exterior, with a retractable hardtop roof that allowed it to be converted from a coupe to a roadster. 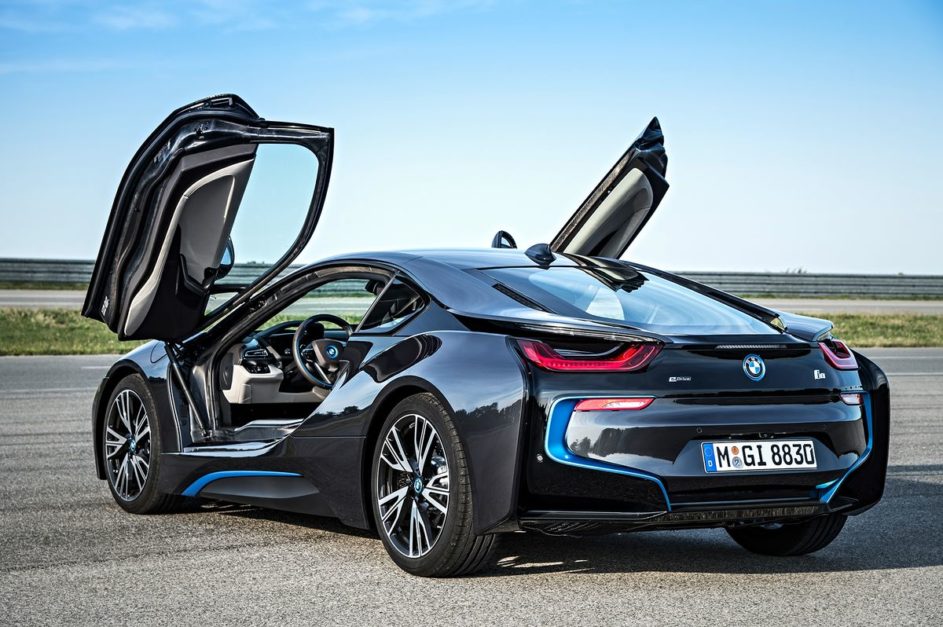 The BMW i8 is a hybrid sports car that was produced by BMW from 2014 to 2020. It was known for its futuristic design and advanced technology, including a plug-in hybrid powertrain that combined a turbocharged three-cylinder engine with an electric motor.

Some key features of the BMW i8 have been described below:

Engine: The i8 featured a 1.5-litre three-cylinder engine combined with an electric motor, producing a total of 357 horsepower. It could accelerate from 0 to 60 mph in just 4.2 seconds.

Transmission: It was equipped with a six-speed automatic transmission.

Suspension: It featured a sport-tuned suspension.

Exterior: It had a distinctive and futuristic design, with sleek lines and butterfly doors. It was available in a range of bold colours. 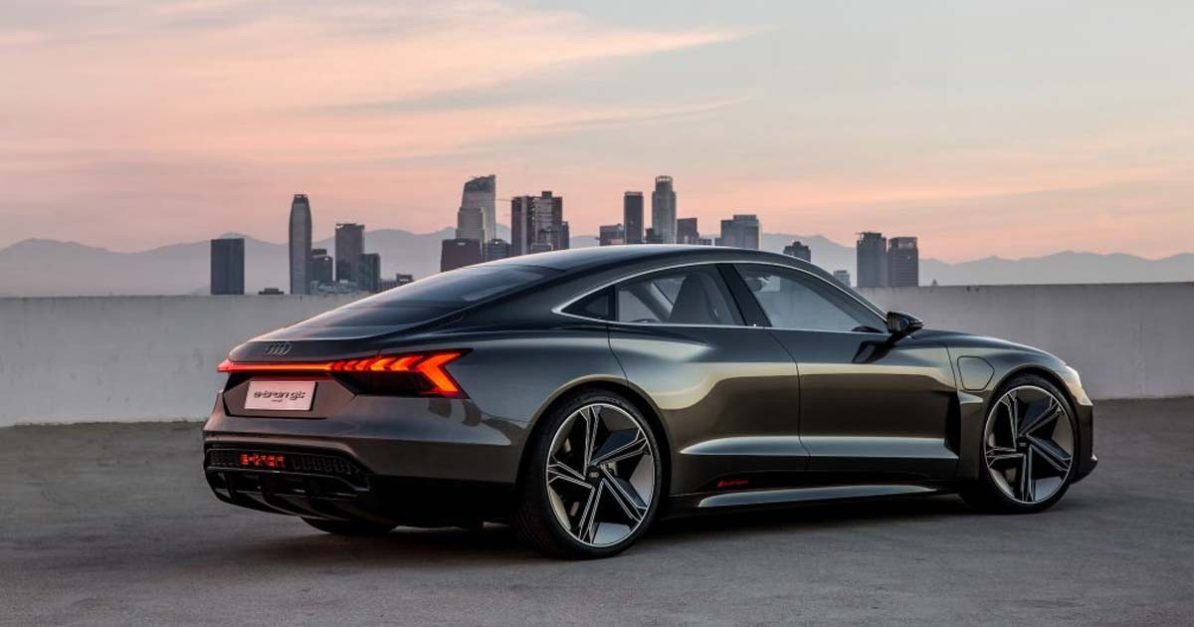 The Audi e-Tron GT is an electric sports car that was introduced by Audi in 2020. It is a high-performance version of the e-Tron GT, and it is called the e-Tron GT RS.

Some key features of the Audi e-Tron GT RS include:

Engine: It is an electric vehicle, powered by two electric motors that produce a total of 646 horsepower. It has a range of up to 238 miles on a single charge.

Transmission: It has a single-speed transmission.

Suspension: It has a sport-tuned suspension.

Exterior: The e-Tron GT RS has a sleek and sporty exterior, with a low, wide stance and a distinctive grille design. 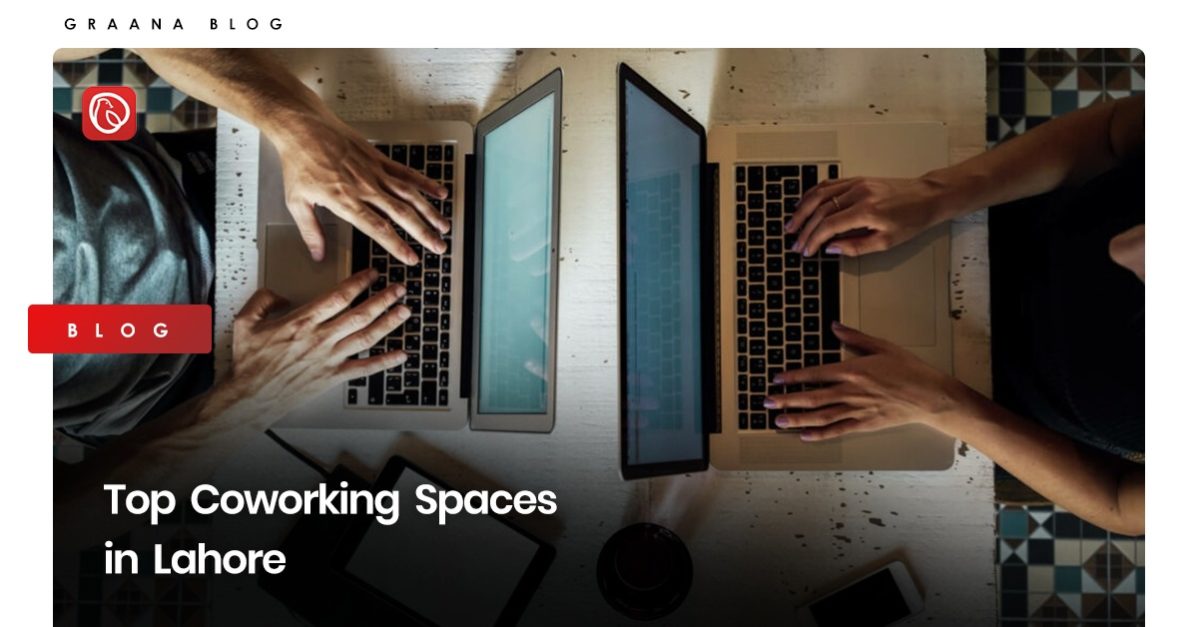