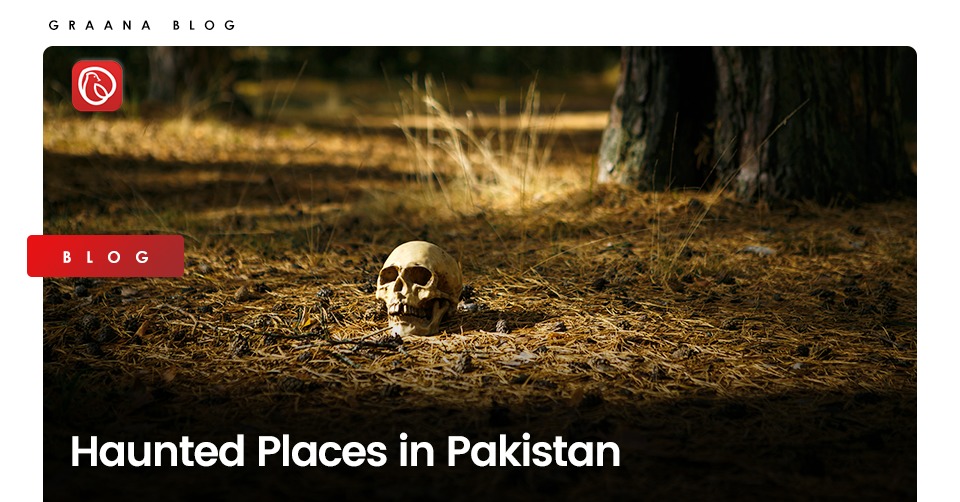 Do you believe in the paranormal?

Or do you have a knack for bold adventure?

Either way, we have you covered. With centuries of history accumulated over this land, several haunted places have cropped up all over Pakistan. Whether these are simply abandoned places or sites of pure horror, you’ll have to experience them for yourself.

For those with a weak heart – proceed with caution

For a truly spine-chilling experience, plan your next trip to these ghastly places. Graana.com, Pakistan’s smartest property portal, features a list of some of the most haunted places in Pakistan.

It is said that the ones that are unable to find peace on the other side tend to linger back to fulfil their missing desires. Be it a tragic death or an undeserving fate, you’re bound to find all sorts of stories in these haunted places in Pakistan. 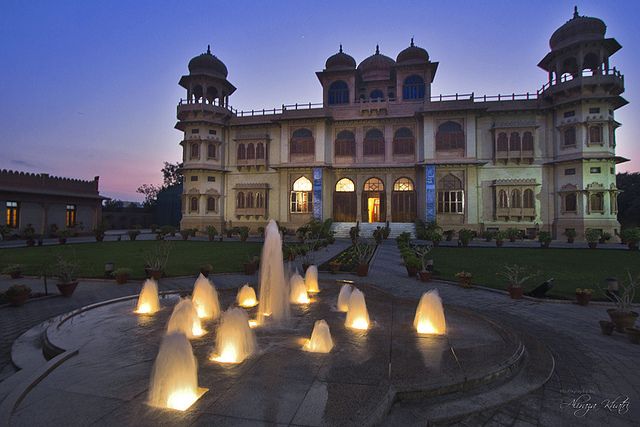 Karachi’s most famous historical landmark – the Mohatta palace doubles as one of the city’s most spookiest sites, with several terrifying accounts of paranormal activity. The museum’s guards and workers have reported several sightings of strange activity, such as the museum’s artifacts moving from their place.

Strange voices of people having a party have also been heard throughout the palace’s halls. Upon investigation, nothing would be found. Many guards have also been spooked by a ‘metaphysical presence’ in the palace. If you ever plan to visit the museum, take someone with you, that is if you don’t want an unwanted encounter alone. 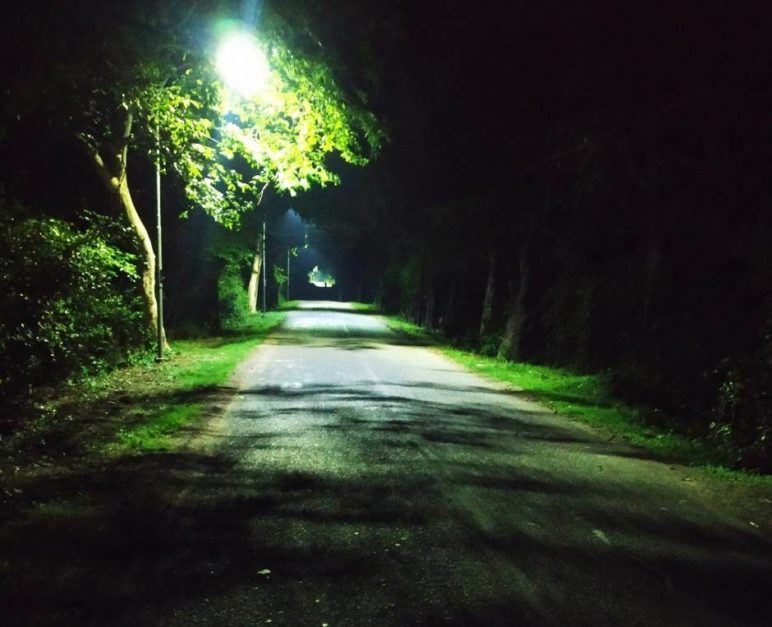 The bride at Karsaz is a horrific tale about a newlywed couple that died in a car crash on Karsaz Road, Karachi. Since then, there have been several sightings of a bride dressed in red that lingers around the road. But it gets even more sinister. Several people have reported that a ‘beautiful bride’ stands on the side of the road at night, signaling late-night travelers for help. Once they stop, the bride’s face turns into something unearthly, almost like a decomposing dead body.

Some eye-witnesses say that they were chased by the bride, with her running as fast as their cars. With so many sightings of this tragic bride, it’s safe to say that Karsaz road isn’t the most welcoming place at night, making it one of the most frightening haunted places in Pakistan. 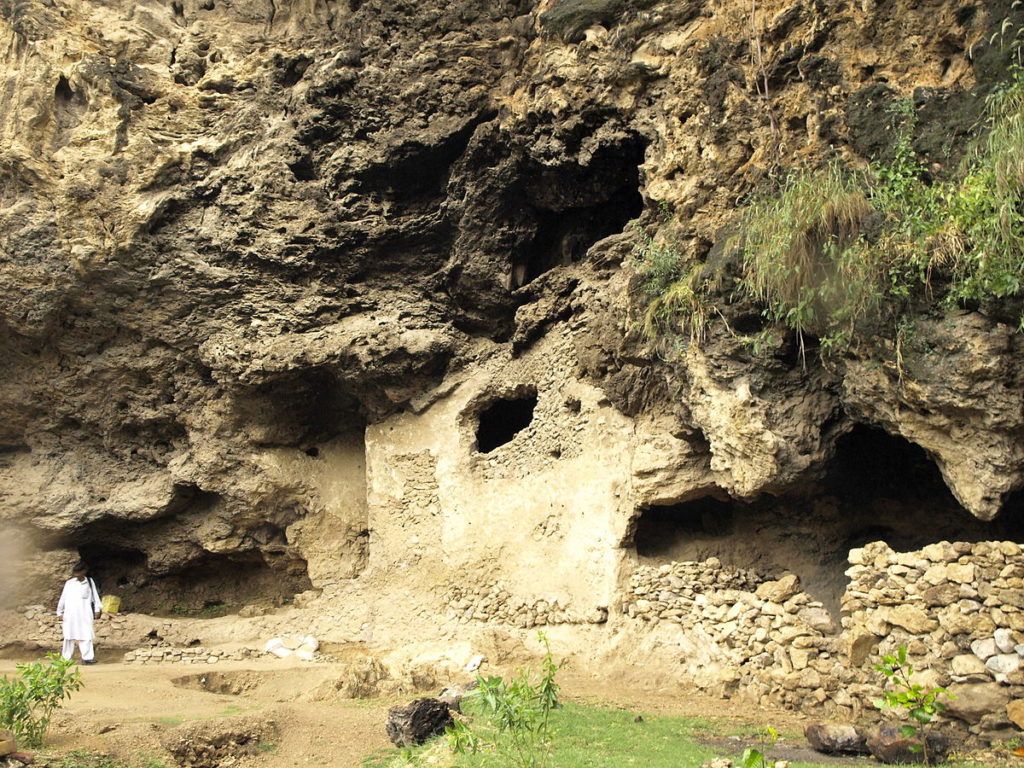 This famous tourist spot in Islamabad is advised to only be visited at day time – for a very spine-tingling reason. The Shah Allah Ditta caves are almost 700 years old, with many more undiscovered caves that lay deep below the surface. Visitors have reported hearing shrill noises from within the caves.

And if that wasn’t enough, residents of nearby localities such as Sector D-12 have reported several sightings of dark silhouettes at night. Caves and dark shadows – a combination that you certainly do not want to encounter alone. 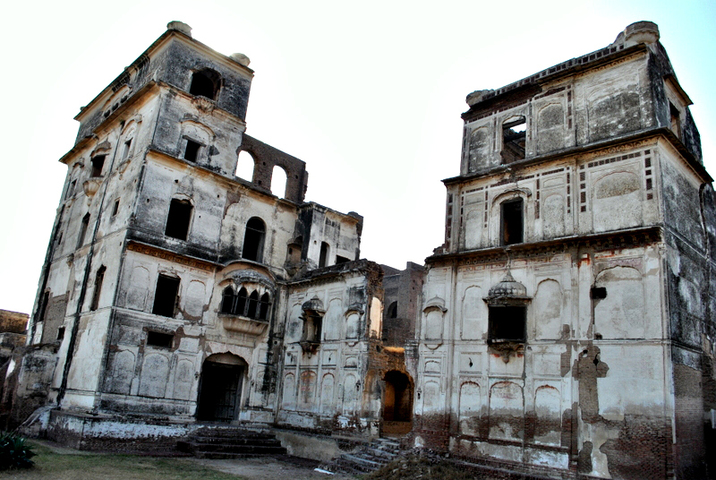 Sheikhupura Fort is a historical fort located in the district of Lahore. The fort is currently in awful shape, and no one is willing to restore the site. Anyone who even dares to go near the fort returns with fear and horror. It is said that the last queen that resided in the fort died there, and it has since been haunted by her vengeful spirit. 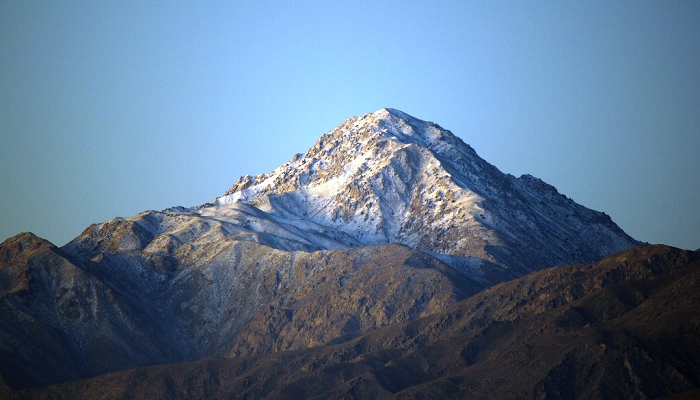 Koh-i-Chiltan, one of Balochistan’s most beautiful sights, has a dark and eerie story behind it. The peak is said to be haunted by the ghosts of forty babies. According to a local tale, the babies were abandoned at the peak of Koh-i-Chiltan, since their parents could not afford to raise them all. When they went back, the babies had disappeared without a trace.

Visitors have reported hearing cries of help and echoes of children at night. Yet no one has ever been found there. If you’re into both haunted places and beautiful sights, this haunted place in Pakistan should be worth a visit. 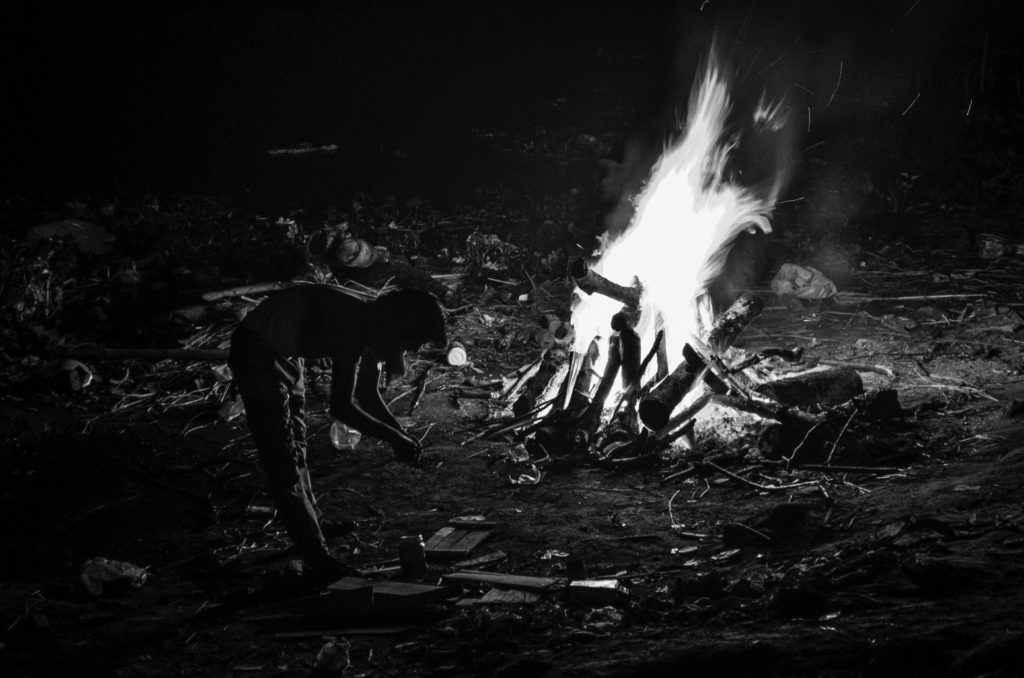 One of Pakistan’s oldest Hindu graveyards, Shamshad Ghat served as a Hindu burial site with thousands of burning rituals and cremations taking place here. It is said that if you walk past the area at night, you are bound to witness a chilling sight.

Many passer-byers have reported seeing children playing within the graveyard’s boundaries. The sounds tend to disappear around dawn. The cemetery guards have never seen anyone enter or exit the gates, yet these sights remain a common occurrence in this haunted graveyard. 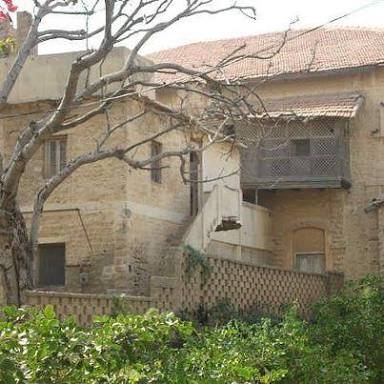 One of the creepiest haunted places in Pakistan – this house is located in the bustling locality of P.E.C.H.S. Karachi. Despite the area being a dense residential society, no one dares to venture near this house at night. Several locals have reported seeing a pale woman wearing a white dress at night, roaming within the premises of the house and the surrounding street.

A dimly-lit light can be seen through the windows of the home, resembling a candle. What makes the place so unsettling is the fact that no one has ever lived in the house since its construction, nor has anyone ever been seen entering or exiting the house. What happened within the boundaries of that house remains a mystery to this day.

These haunted places in Pakistan are bound to make you frantic. With eerie stories and petrifying sightings, there’s surely some truth to these claims. If you’re looking for a thrill, these places are definitely worth a visit. But be careful not to tread alone – you never know what may linger within. 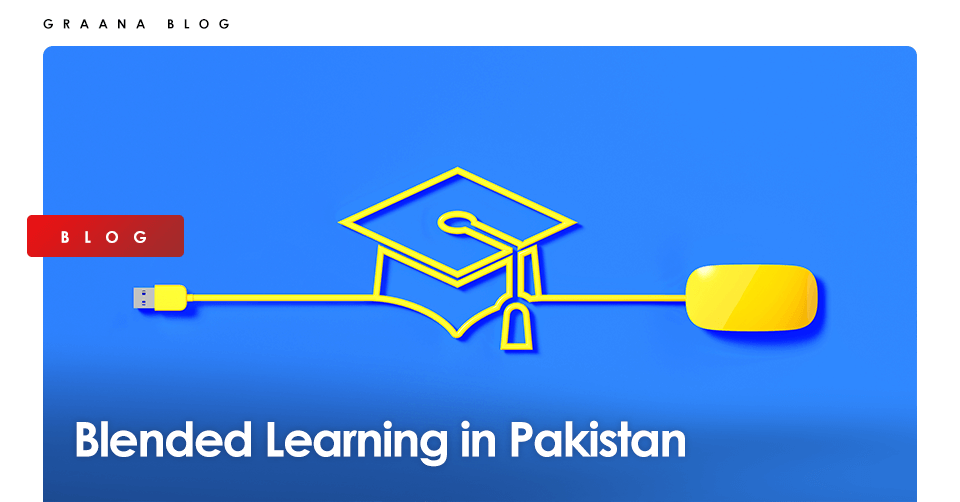