Home » Infrastructure » List of Most Popular Roads in Lahore 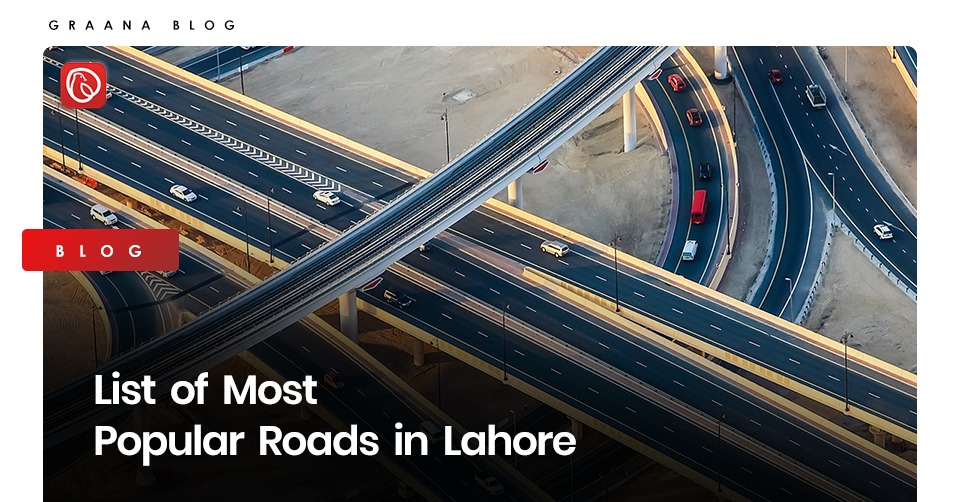 In Pakistan, there is a state-of-the-art road network that spans a total of 263,775 kilometres and connects various cities. These roads are well-built and efficiently maintained by the government.

The improved road infrastructure of Lahore, in particular, has greatly aided in controlling the flow of its previously heavy traffic. The well-developed numerous underpasses and flyovers have also rendered a significant portion of the city signal-free.

Graana.com has compiled a list of some of the most iconic roads in Lahore below, which are used by thousands of commuters every day. 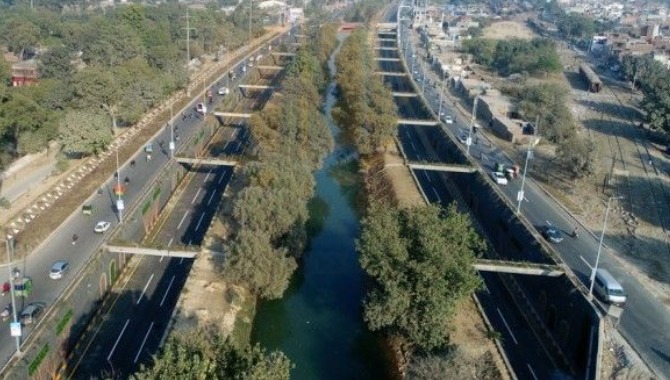 Canal Bank Road, one of Lahore’s most picturesque roads, extends for 29 kilometres. This route links the newly-developed neighbourhoods of the city with Old Lahore. You can reach Canal Bank Road through Thokar Niaz Baig if you are entering the city through the highway.

With 12 overheads and underpasses, it is a signal-free route and, thus, has less traffic. Numerous private and public residential communities and other well-known spots can be found along Canal Bank Road.

These include Johar Town, PCSIR, Canal View, Park View, Garden Town, Harbanspura, and Mughalpura. On public holidays, however, you would come across plenty of traffic on Canal Bank Road. There is a bridge between Kasur and Lahore, which is known as Ferozepur Road. One of Lahore’s busiest highways, it connects to prominent residential and business areas, including Model Town, Qurtaba Chowk, the railway station, Walton Road, Ichra, Defense, and Kot Lakhpat.

There are many other hospitals, housing developments, and commercial markets that are conveniently accessible from Ferozepur Road.

The main road is also home to Ichhra, one of Lahore’s most well-known bazaars. You can also find the metro station here, with the bus service providing access to all the areas located along Ferozepur Road. 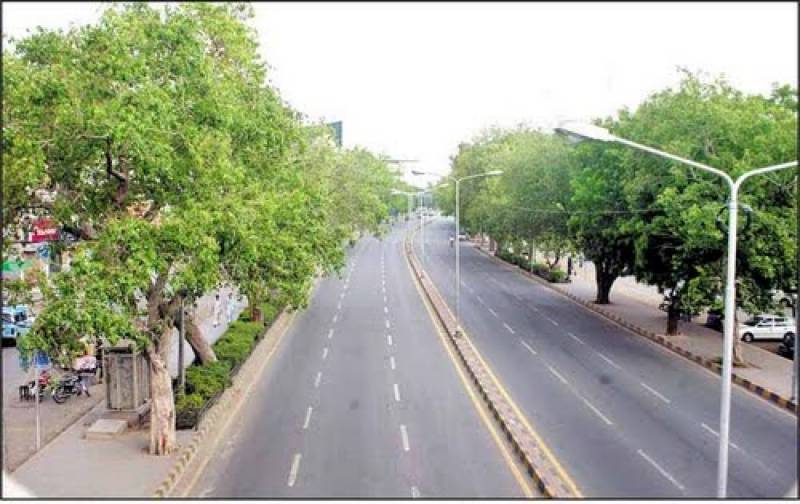 No other avenue can compete with Mall Road in terms of popularity, with its historic structures, popular markets and significant government buildings. One of the oldest educational institutions, Aitchison College, is also situated here.

Anarkali Bazaar, one of Lahore’s oldest markets, can also be found on Mall Road and it is renowned for having the largest selection of apparel and bedding. 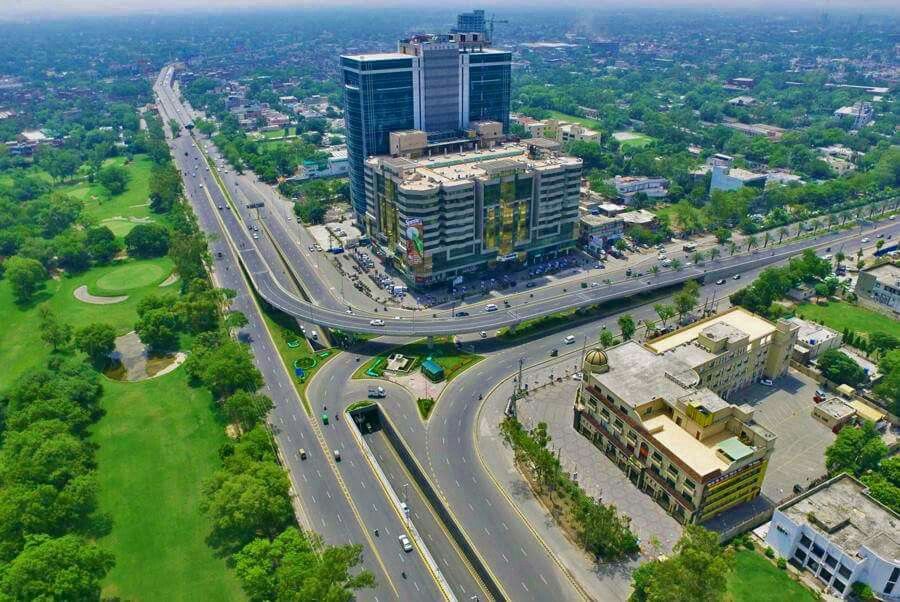 In addition to being well-known throughout the country for Jilani Park Lahore, Lahore’s Jail Road serves as a major thoroughfare and a link between the old and modern portions of the city.

A commercial market, park, clinic, restaurants, and multiple options for entertainment activities are all conveniently located on Jail Road, close to residential areas.

Both Services Hospital and the Punjab Institute of Cardiology, which receive hundreds of patients on a daily basis, are situated on Jail Road.

Jail Road begins at Sherpao Bridge in Gulberg and goes to Ferozepur Road. It connects to Shadman, G.O.R. – I, Mall Road, and Mazing in-between. 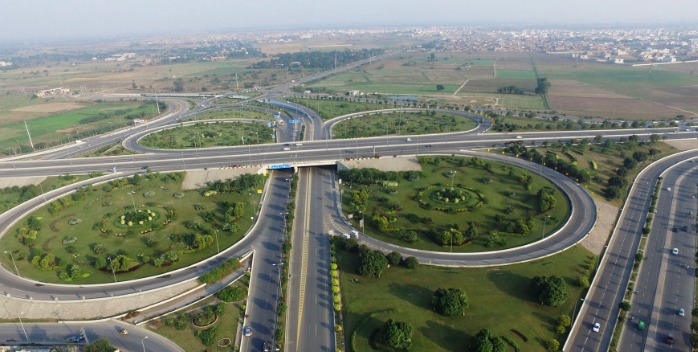 Lahore Ring Road is an architectural marvel that surrounds the city in a circular pattern, as implied by its name. It provides connections between most neighbourhoods.

Whether you work in Barki or live in Johar Town, all you need to do is take Ring Road to reach your destination via a signal-free route.

Coupled with its 120 km/h speed restriction, it is an ideal road for getting to your destination in the lowest amount of time.

Ring Road has brought about a significant decrease in city traffic. It runs from Bahria Town, Lahore to Azadi square. There are a number of commercial and residential projects along the way, which make for lucrative investment opportunities. 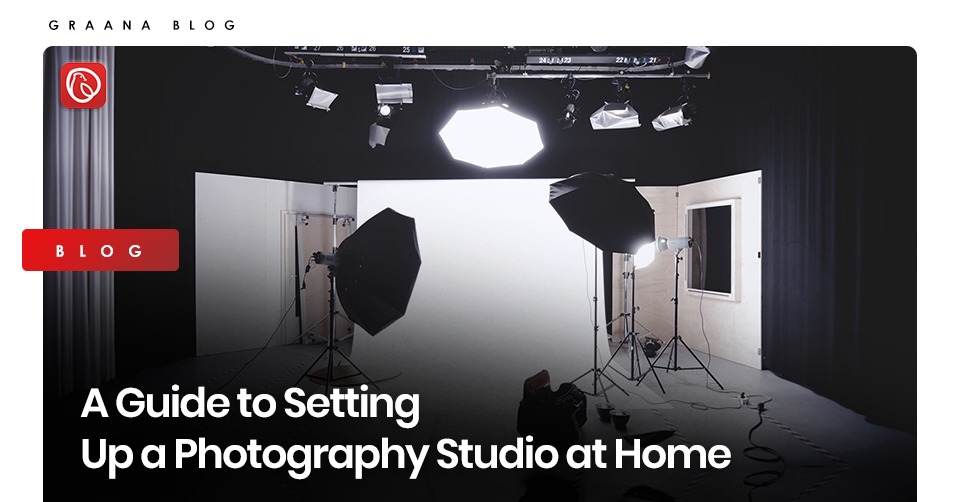 A Guide to Setting Up a Photography Studio at Home