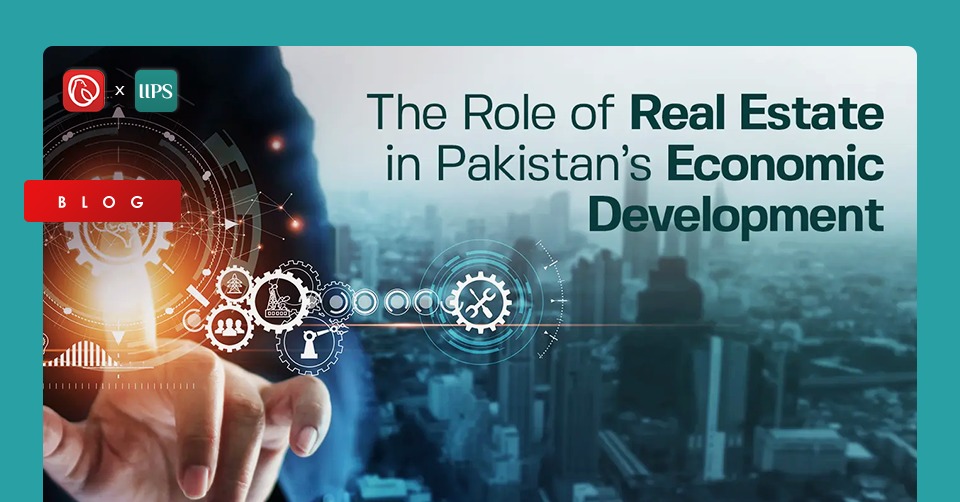 Real Estate is the largest segment of Pakistan’s economy.  The sector is connected with the growth of 40 allied industries and 200 sub-industries including construction, cement, glass, and electronics. Despite its importance in economic growth, the sector lacks an institutional approach towards its development and regulation. The Iqbal Institute of Policy Studies (IIPS) organized a webinar titled “ The Role of Real Estate in Pakistan’s Economic Development” to highlight the significance of real estate in Pakistan’s economic development and discuss the challenges hindering the growth of the sector along with its remedial measures.

Graana.com in partnership with Iqbal Institute of Policy Studies (IIPS) highlights that how Real Estate can be a harbinger of growth in the economic development of Pakistan.

The real estate sector is much broader than the general perception of just buying and selling of land. It includes housing, construction, hoteling, retail, and much more. The sector has gained importance in recent years. Data related to real estate is not easily available, mainly because the housing and construction sector are considered separate industries under the National Accounts Framework. Construction is considered a part of the industry sector, whereas housing is placed under the services sector. The combined contribution of these two sectors towards the GDP has remained 9 percent over the last decade. Amongst construction and housing services, the construction sector dominates with a high employment capacity and industry linkages with more than 40 allied sectors. Therefore, economic activity and real estate growth are interlinked. Growth in real estate necessitates growth in the economy, while growth in the economy leads to the development and growth of real estate.

In terms of a historical perspective, real estate development started from the time of Pakistan’s independence. Certain areas were considered high priority like Karachi, which was the economic hub of the country and a centre for large numbers of refugees migrating from India. The demand for residential and commercial areas in Karachi remained high and resulted in a massive boom in construction activity. DHA Karachi was set up in the 1950s whereas cities like Lahore saw the arrival of DHA in the late 1970s. Another way of looking at the difference in the early development of real estate is considering the different levels of urbanisation and economic activity of cities. Due to industrialisation and the lure of jobs, massive rural to urban migration led to the rapid urbanisation of cities. Another reason for the growth of real estate is the flow of remittances in Pakistan. According to the latest economic survey, Pakistan is among the top ten remittance-receiving economies. It has the 6th largest diaspora in the world that becomes a major factor for growth in demand for real estate.

Globalisation after the 1990s also contributed towards the growth of real estate. Pakistan became open to the world economy and started liberalising its use of foreign exchange and capital accounts. Many foreign banks opened and increased their operation in the country, creating a high demand for quality real estate development. Perhaps, the biggest leap for real estate came after 9/11 as Pakistan became a beneficiary of large capital flows on account of war on terror. Remittances also increased during the same period. After 2005, construction was also declared as a priority sector, resulting in an economic growth of 9 percent. Since 2013, the construction sector has grown in 2-digit numbers, showing a consistent trend. It can be said that the real estate sector needed support from the government in the initial stages of its growth and development, however, it has now gained momentum within the private sector and is moving towards higher growth rates and greater economic activity.

Real estate, defined as immovable property, is not just limited to buying and selling of land, it is one of the largest sectors of the global economy. Having the highest per capita demand for housing in the world, Pakistan’s real estate sector has the potential to uplift and revitalise the country’s economy. The country needs 20 million housing units by 2040.  This demand can be fulfilled either through utilisation of planned or unplanned areas. Less than 0.5 percent of Pakistan’s area is planned, having a worth of USD 600 to 700 billion. If 20 million housing units are created by 2040, the value of this planned area can increase to USD 1.5 to 2 trillion. It will also lead to the creation of 15 to 20 million jobs in the real estate market and its allied sectors. Industrial growth and local production can also be increased through activity in the real estate sector. Therefore, real estate can easily become the main driver for Pakistan’s economy. Unfortunately, data on the real estate sector is not streamlined in Pakistan. Due to the undocumented nature of the construction sector, its contribution towards the GDP remains largely undervalued, whereas, in reality, the actual contribution could be around 10 to 12 percent. Real estate also includes agricultural land planning, industry, and the services sector.

The real estate sector faces multiple challenges in Pakistan. Since the country’s inception, there has been a lack of focus on the sector’s policymaking and regulation. The challenges can be divided into four major areas namely, lack of planning, lack of regulation, lack of access to information, and malpractice. The solutions to these challenges are easily available. Pakistan can look towards the developed world for the adoption of competent planning practices while forming a mechanism at the national level for agricultural and urban planning Off the shelf solutions can be found in the areas of architecture, real estate development, infrastructure development, hospitality, services, technology, and financing. For example, the United Kingdom introduced an online land registry system back in the 2000s through digital mapping of its land. The Imarat Group has adopted the technology where most of the planned 0.5 percent area of Pakistan’s has been digitally mapped. A total of 30 million people live in the planned areas of Pakistan, whereas the rest live in unplanned areas or slums. Out of the total 4.6 million plots of planned land, 4 million have already been digitally mapped, while the rest can be completed in a span of six months.  Having a land registry system is vital for Pakistan as a staggering 60 percent of court cases are related to real estate, with 80 percent of these cases being related to disputed ownership. A majority of overseas Pakistanis complain about real estate transparency in Pakistan. Land acquisition is another significant challenge in the real estate market of Pakistan. If the process is made easier for the developers, the delivery of real estate projects can be ensured on time. Therefore, a regulatory authority is required to implement these reforms.

For regulation, a real estate regulatory authority (RERA) must be implemented in its true spirit and form. The task of this regulatory authority should be to regulate real estate agents and developers and help with the problems that arise in real estate development. Opening a one-window operation system, physical and online, can be an encouraging step. Malpractices within the real estate sector occur because real estate agents are not licensed or do not follow the standard practices. Similarly, poor record keeping has led to a plethora of cases being piled up in legal courts. Countries like the United Kingdom, India, and Dubai have already implemented RERA for better practices in their real estate sector. Therefore, by implementing a national level mechanism for urban and agricultural planning, RERA implementation, and providing access to information through online tools, the challenges of the real estate sector in Pakistan can be solved.

The perception that real estate is related to just buying and selling of land is an outdated understanding. Real estate not only includes the urban and agricultural land, but it is also a major part of the services and industry sector of the economy. There is a serious lack of information regarding the sector’s growth and performance.. A high per capita demand for housing coupled with investments flowing into the country in the form of remittances means that the real estate sector has the potential to revitalise and uplift the economic development of Pakistan. 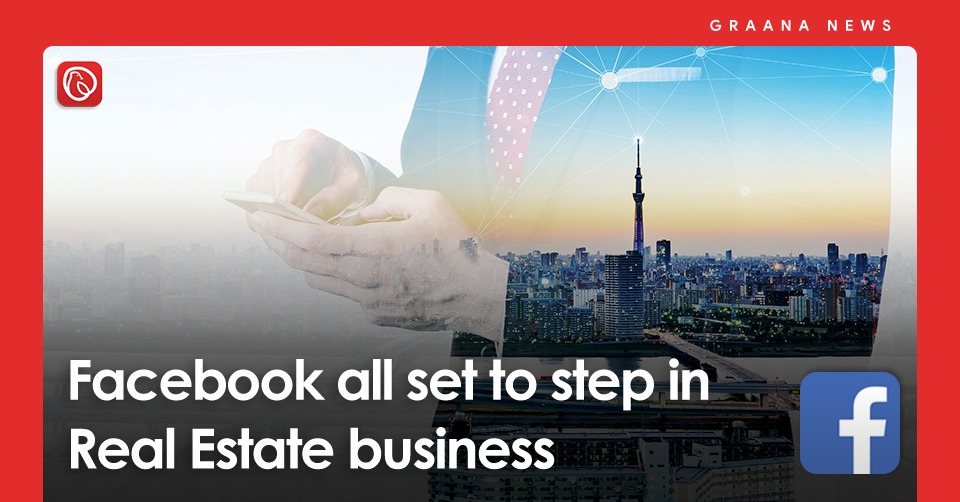 Facebook all set to step in Real Estate business