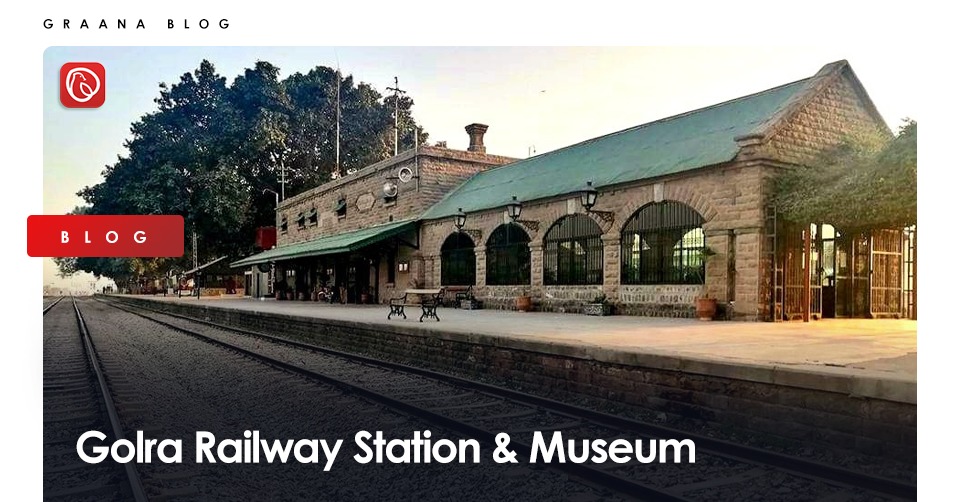 Railways have been an inextricable feature of Pakistan’s cultural, economic and geographic landscapes. They were instrumental in its development, propelling it from a newborn nation to an important centre for trade, transport and communication. Some railway stations have faded into obscurity over time, while others still stand — and are on track — today. One of the oldest surviving stations in the country is the Golra Railway Station.

Located on the outskirts of Islamabad (near the sector F-13), the Golra Sharif Railway Station is a junction station in the Rawalpindi Division of the Pakistan Railways (the main line that connects Peshawar and Karachi). What makes it especially unique is the collection of railroad memorabilia carefully preserved and exhibited in a museum located right on the premises. It houses an assortment of relics related to railways dating back to the days of the British Raj. Visitors can study and learn about the different artefacts that illustrate different points in history and provide a whimsical narrative of a once-dominant industry and the world it left behind.

Graana.com, Pakistan’s smartest property portal, has compiled a guide on all that you need to know about the Golra Railway Station and Museum.

History of the Golra Railway Station 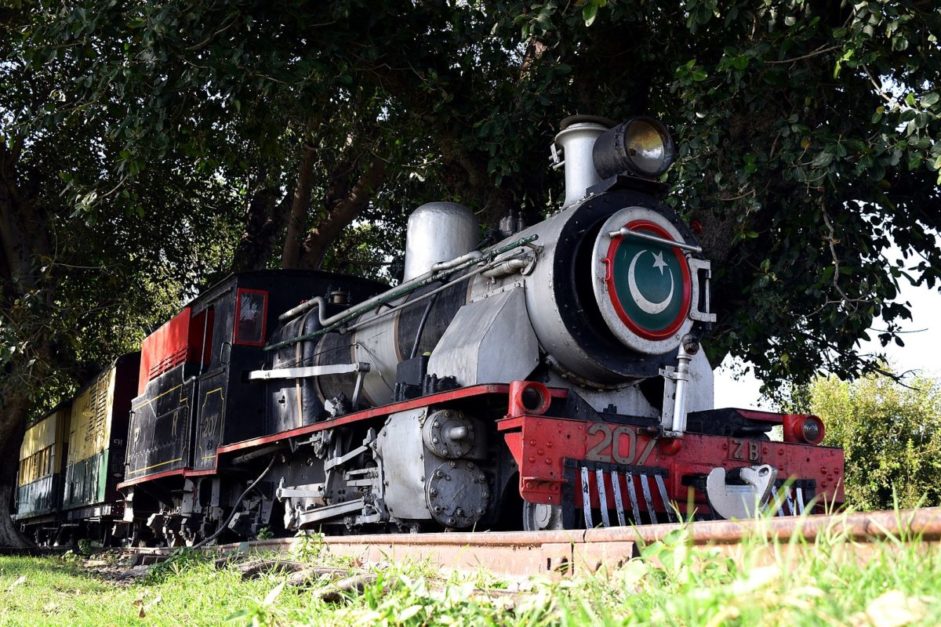 The station was constructed in 1882 and upgraded to a junction in 1912. Despite its modest size compared to other central railway stations built by the British in other major cities, the Golra Railway Station is considered largely significant. It served as a logistic artery in the beginning of the 20th century during the Great Game, a political confrontation between the British and Russian empires over Afghanistan. It also became an important trade route that extended to Afghanistan through Khyber Pass.

The station once linked Peshawar, Multan, Kohat and Havelian. During the British rule, around 20 trains would pass through this junction every single day. It was also frequently used by British royals and aristocrats travelling to the hill stations in summers. 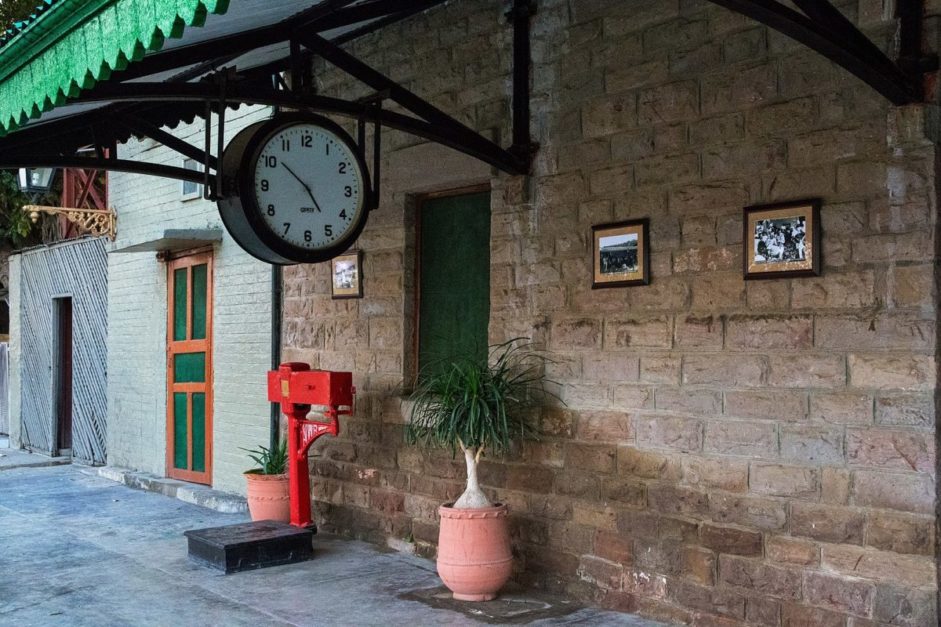 The Golra Sharif Railway Museum, also known as Pakistan Railways Heritage Museum, goes beyond just trains; it plays a valuable role in collecting, preserving and interpreting the extensive railway culture of Pakistan. From the gleaming locomotives to original print materials (like passenger tickets and manuals), it allows visitors to view and examine actual pieces of history.

How It Came About 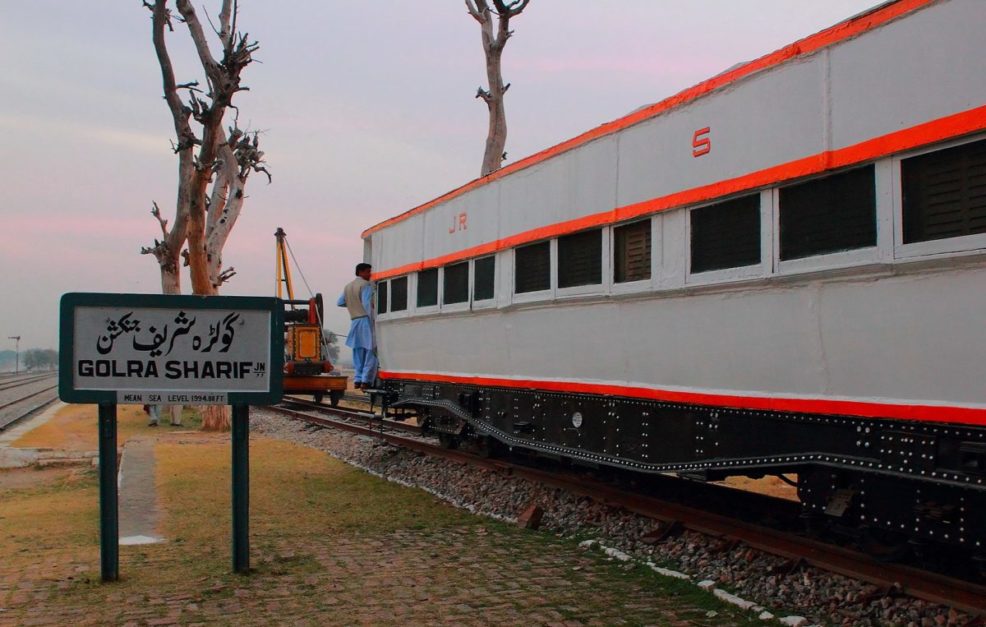 The museum was officially inaugurated in March 2007, but had already opened its doors to the public in September 2003.

It was the brainchild of Ishfaq Khattak, the DS (Divisional Superintendent) of the Rawalpindi branch of that time. In late 2002, all divisions of the Pakistan Railways received orders to accumulate old items like furniture, utensils, tools etc. so a heritage site can be created. The museum was established within a year, with everything fully preserved despite limited resources.

The old waiting room of the Golra Railway Station, which still exists in its original state, was converted into space for the museum. There are two adjoining halls where items from more than 150 years ago (including almost 100 years of the subcontinent) are displayed. Visitors can wander through to discover the stories and engineering marvels that made up the country’s railway system.

There is an array of objects: weapons and ammunition (used by guards stationed at different railway lines), clocks, surgical items used by railway hospitals, kerosene lanterns, crockery belonging to Lord Mountbatten (the last Indian viceroy), antique furniture, model trains, a station master’s old coat, light fixtures, bells, stoves, gazettes, gas heaters, fans — and even a working piano. Mechanical models, signalling systems and other communication tools have been arranged chronologically in the museum, some of which are still operational. Pictures and documents of historical value have also been laid out.

Some prominent articles include:

Old Locomotives and Other Relics 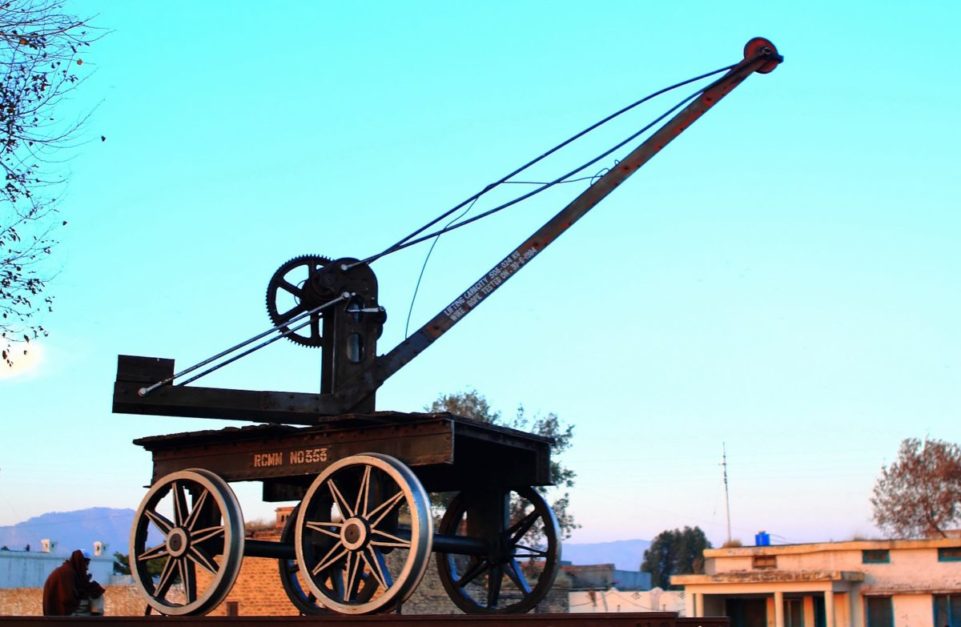 The Golra Railway Station also has an open yard where an impressive collection of old locomotive trains, coaches, cranes, trolleys and saloons — that have become extinct all over the world — have been lined up. These give a glimpse into a time when they were used for their intended purpose, steaming or chugging their way down a pair of railway tracks.

There are four old engines with coaches, two of which are narrow gauge steam engines, while the other two are broad engines. The latter two comprise a Canadian-assembled steam engine and an engine that was once used for travelling on the Lahore-Khanewal track. There is also a German postal coach, along with luxury coaches from the British period. These include a saloon car used by Lord Mountbatten, which is also believed to have been used by Muhammad Ali Jinnah (the Founder of Pakistan) at one time. A private railway car from the Jodhpur Railway is also displayed here. It belonged to the Maharaja of Jodhpur, who then gifted it to his daughter in 1888 as a wedding present.

A lifter from the British period is also positioned outside, which was used to load and unload goods on trains, as well as to clear the tracks in the event of any accidents.

A series of advertisements, which were placed outside by the British, can still be seen today. The posters boast about their newest import — tea — and demonstrate how to make the perfect cup through diagrams, along with details on costs and benefits. Another picture goes as far as to show three men from different cultural backgrounds drinking tea together. These pay a fitting tribute to the long-standing tradition of enjoying tea while on board. 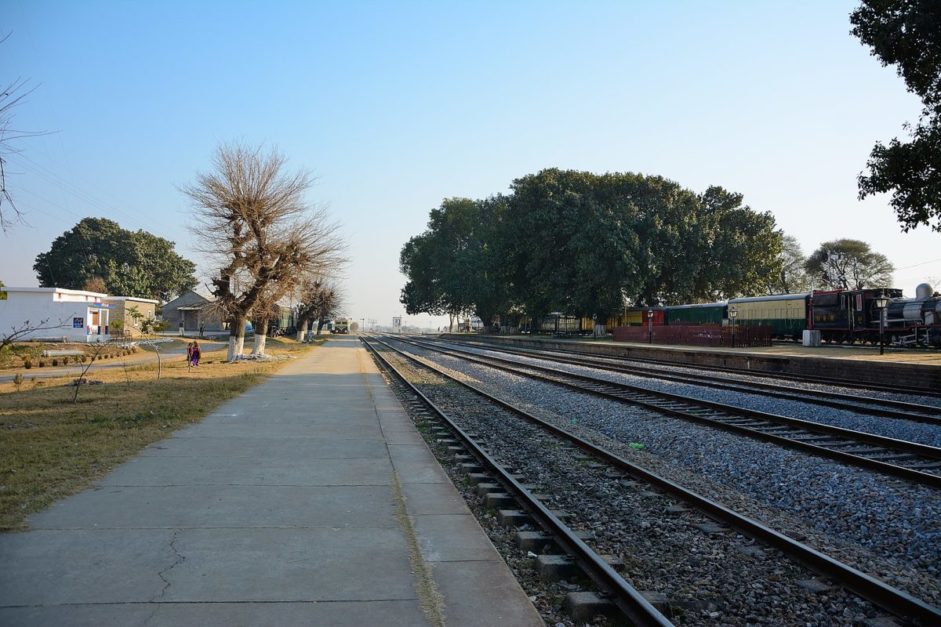 In recent years, the Safari Tourist train was rolled out as an effort to promote local culture and travel,  particularly in the Potohar region. It begins at Golra Station, passes through Taxila and Hassanabdal, and ultimately terminates at the historic Attock Khurd railway station. Tourists get the chance to experience the scenic views of the Margalla Hills, travel through the Sangjani tunnel, and view famous bridges like Chablal bridge, Ghazi Borotha bridge and Haro bridge.

Lying amidst the thick foliage of 100-year-old banyan trees, the yellow masonry walls of the Golra Railway Museum (along with the Golra Railway Station itself) instil a sense of peculiar romanticism once associated with roaring whistles of steam engines, polished brass and bustling crowds of a time gone by. 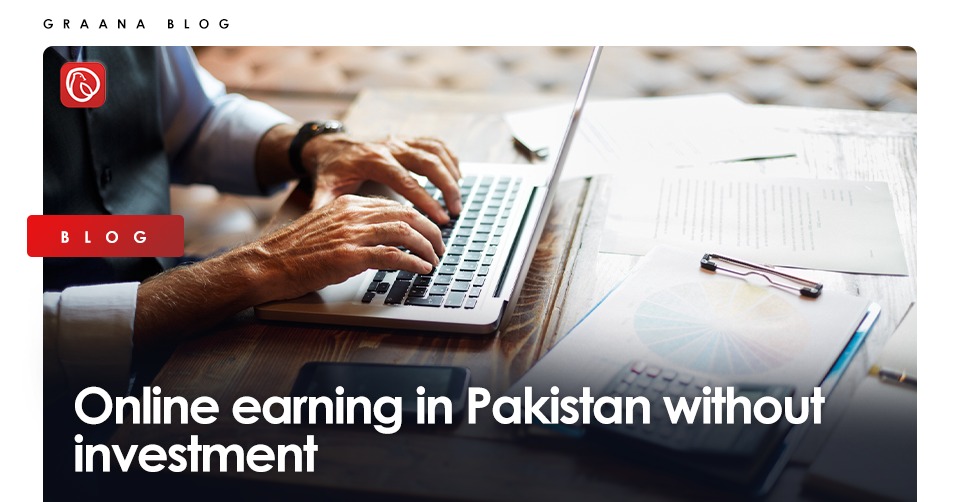 Online earning in Pakistan without investment