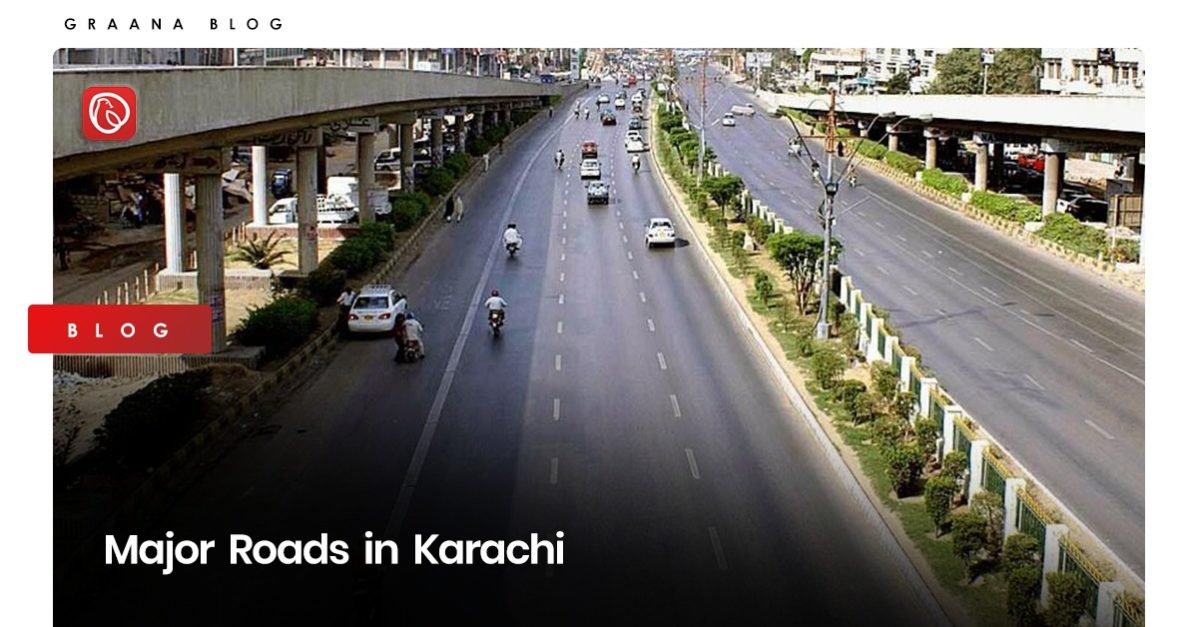 Karachi is the largest city in Pakistan and is known for its traffic congestion and chaotic roads. However, there are still some well-developed road networks that are relatively easier to travel on and can make your daily commute more manageable.

In this blog, Graana.com has compiled a comprehensive list of significant roads located in Karachi that are convenient for everyday travel. 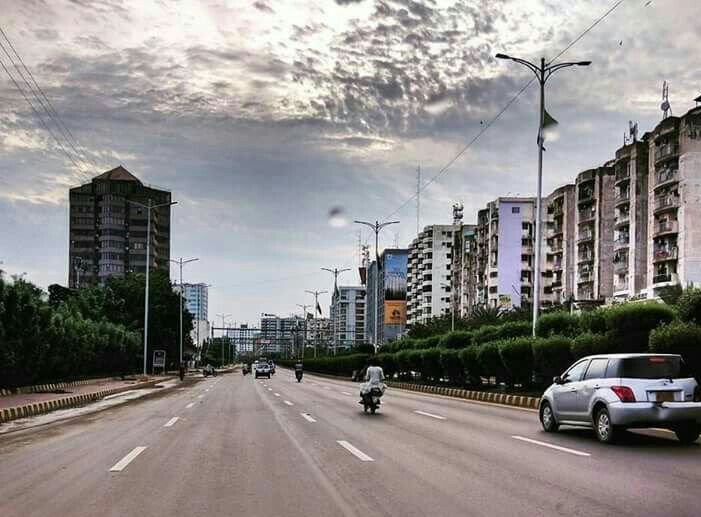 Shahrah-e-Faisal, also known as Faisal Highway, is one of the busiest and most important roads in the city. It is a major transportation hub that connects the city centre to the airport. The road is approximately 20 kilometres long and is named after the late King Faisal of Saudi Arabia.

Wide and well-maintained, Shahrah-e-Faisal is home to several important landmarks and institutions, such as the Mazar-e-Quaid, PAF Museum, and Karachi Expo Center. It is also lined with several shopping centres, restaurants, and hotels.

Shahrah-e-Faisal is also an important economic corridor for the city. Several businesses have set up their offices here, making it a major hub for trade and commerce. It is commonly visited by tourists, who have come to see the landmarks located here.

Overall, Shahrah-e-Faisal is an important and integral part of Karachi’s transportation network and is a popular choice for everyday travel. It connects to several important areas of the city, and a large number of landmarks and institutions located here make it a unique and vibrant part of the city. 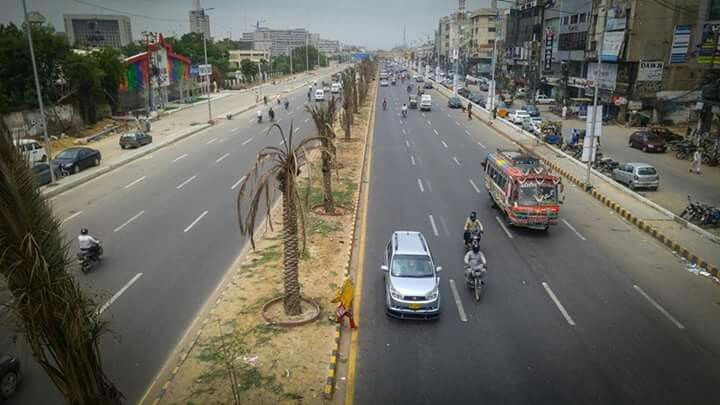 University Road is another major thoroughfare in Karachi. It is approximately 15 kilometres long and connects the city centre to several important educational institutions, including the University of Karachi, NED University of Engineering and Technology, and Institute of Business Administration.

You can also find many shopping centres, restaurants, and entertainment venues along this road. With its bustling atmosphere and the diverse range of businesses established here, it is a prominent area in Karachi.

University Road is well-maintained and has several lanes, making it easier to accommodate a large number of vehicles. It is also well-connected to other parts of the city, with several major roads intersecting it. This makes it a convenient choice for commuters who travel to and from the city centre often. 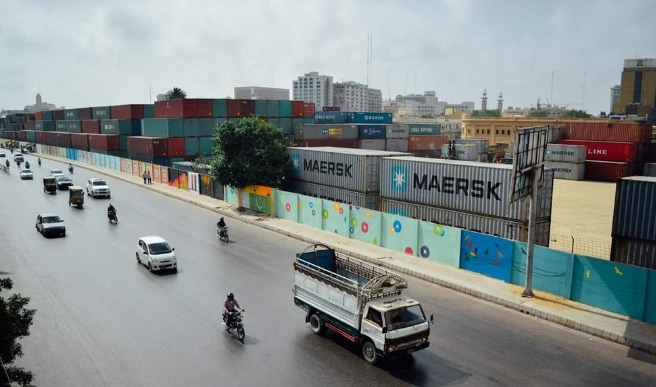 Several key buildings in the city, like the Pakistan State Oil headquarters and the Pakistan Stock Exchange, are located here. It is also lined with several shopping centres, restaurants, and hotels.

Named after one of the megacity’s most distinguished areas, Korangi Road is another significant road in Karachi. It is 15 kilometres long and connects the city centre to the industrial area of Korangi. People’s Bus Service, an important public transport service in the city, also connects a major portion of this road to prominent neighbourhoods.

Even though it is mostly lined with factories and businesses, you can also find some well-known spots and landmarks here, like Gora Qabristan, Food Street, Tooba Masjid, Solidarity Monument, National Medical Centre etc. It also leads to upscale residential areas like DHA Phases 1 and 2.

National highway also plays a major role in easing the traffic flow in Karachi. It is an 1819-km-long route that extends from Karachi to Torkham, and passes through many major cities. Part of the highway was built on the old GT Road. After the subcontinent’s partition, major developments took place here to make it a highway of international standards. It is now Pakistan’s longest highway.

The N-5 connects to several important destinations, such as the Jinnah International Airport, the Port of Karachi, and the Karachi Expo Center.

While Karachi has a reputation for having the busiest traffic, several road development projects have been launched or are underway to change this. The above-mentioned roads are a few such examples; they are well-paved and well-connected, making them feasible options for everyday travelling. 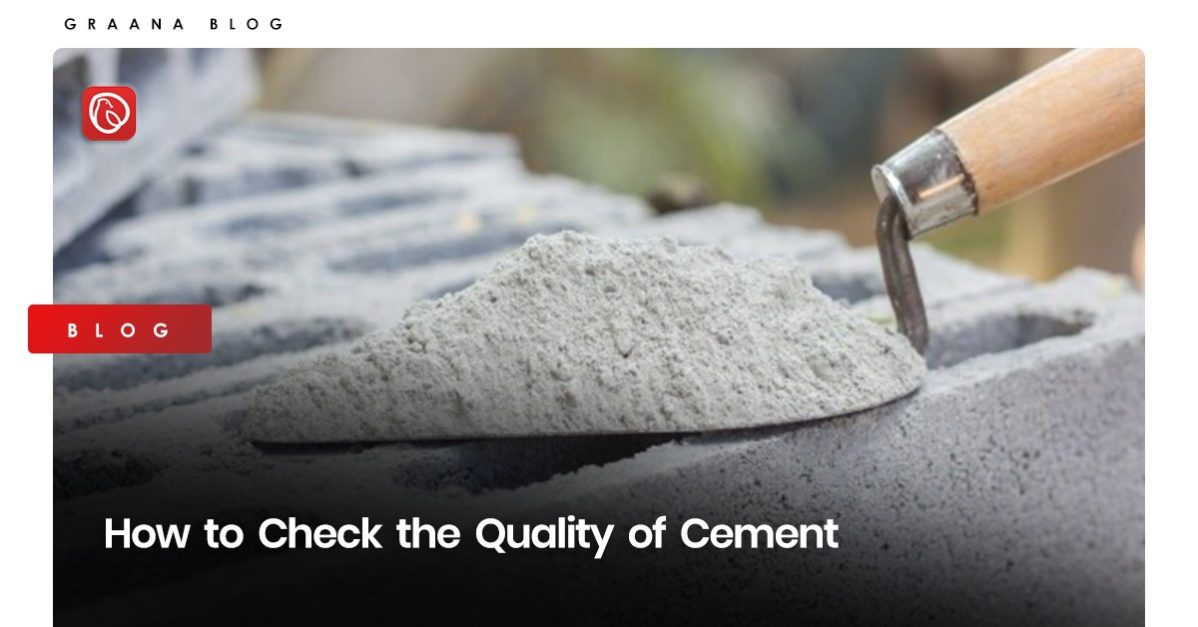 How to Check the Quality of Cement