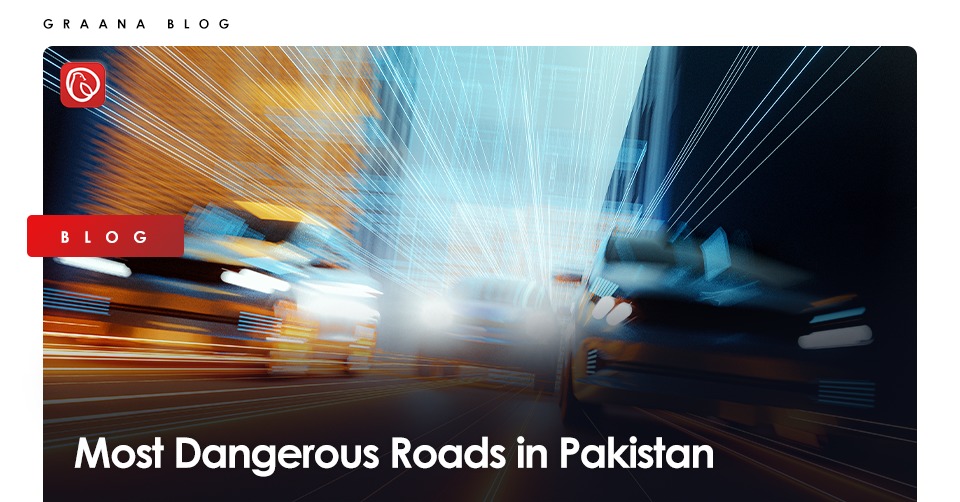 Pakistan has its fair share of picturesque scenery dotted throughout its Northern Areas; however, the roads to these places can be equally disturbing. With most of the country’s mountain roads being unpaved and gravelled, unfortunate incidents are bound to happen. Since mountainous terrain can be hard to cut through to make proper infrastructure, many areas still employ makeshift roads to get by, with many being single lane, unpaved, cliff-side roads.

Whether you’re a thrill-seeker looking for an adventure, or you simply wish to know which roads to avoid altogether, we have got you covered. Graana.com, Pakistan’s smartest property portal, features a list of some of the most dangerous roads in Pakistan.

Most Dangerous Roads in Pakistan

Owing to the difficulty and lethality of traversing these roads, they have been dubbed ‘the most dangerous roads in Pakistan’. Following is a list of some of these petrifying roads. 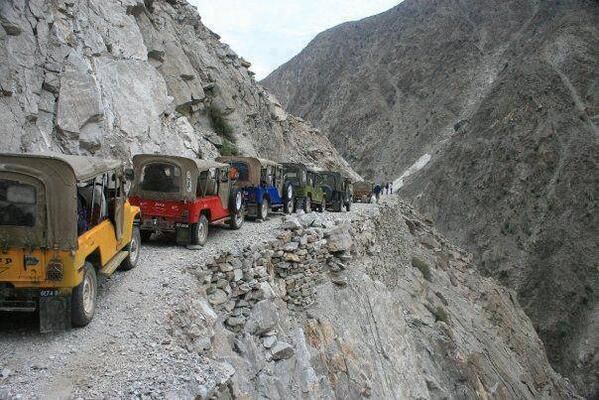 Located at an elevation of nearly 3,300 metres, the Fairy Meadows Track is considered one of the most dangerous roads in Pakistan, owing to its unpaved and uneven gravel roads. The 16.2 Kilometre strip starts from Raikot Bridge and ends at Tato village, a picturesque community near Fairy Meadows.

The journey is advised to be completed using jeeps and 4x4s since smaller vehicles cannot traverse through the uneven track. Moreover, these jeeps can only move at a snail’s pace, since one wrong step can send your car plunging into the depths below. The last two kilometres of this distressing track can only be completed on foot, as the road becomes extremely narrow. 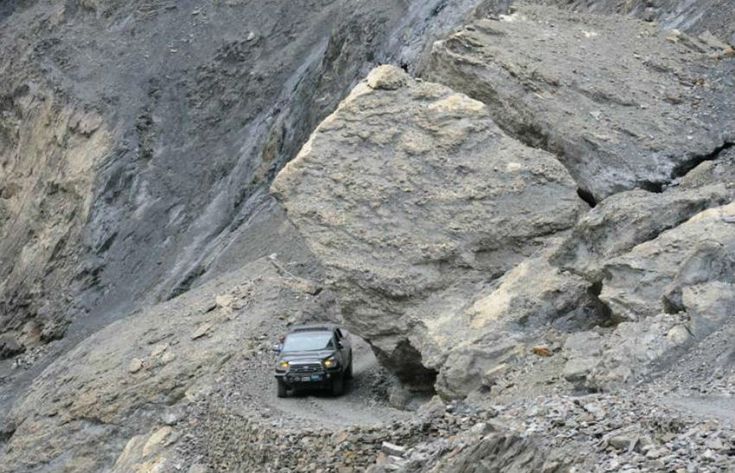 The Shimshal valley road was inaugurated recently to connect this settlement with the rest of Hunza. However, the road lacks safety railings and it can barely accommodate a single vehicle at a time, making it one of the most dangerous roads in Pakistan. The 10-kilometre track takes approximately 5 hours to cover as the road is paralleled by a steep cliff. 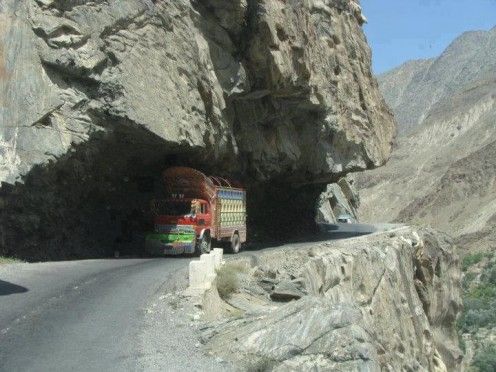 The Karakoram Highway is well-renowned throughout the world as the highest paved road in the world. However, the highway is also famous for another reason, and it’s not pretty. The road has been dubbed as one of the most dangerous roads in the world, owing to regular landslides, avalanches, and heavy snowfall that ravage this track. Despite the road being paved, you’ll still have to make your way through hairpin turns, steep cliffs, and narrow roads.

The track near Khunjerab Pass is especially challenging, as the road narrows down significantly, leaving space for only one vehicle to pass at a time. For these reasons, only expert drivers are advised to travel through this dangerous road in Pakistan. 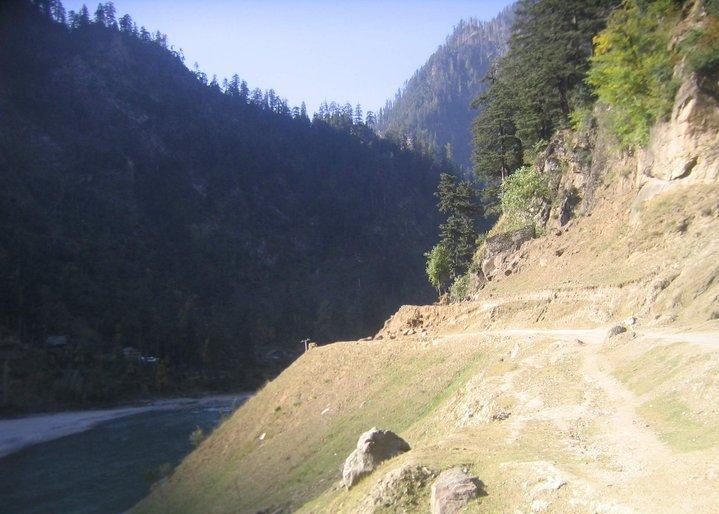 Situated at an elevation of 3,960 metres, the Jalkhad-Sharda Road is a 48-kilometre strip that links Jalkhad to Sharda in Kashmir. The road offers an extremely stunning view, with Naran Valley on one side and the enchanting peaks of Kargil on the other. However, you should also keep your eyes on the road, as steep cliffs and deep descents surround the track.

The road is closed off most of the year due to extreme weather conditions and landslides. If you wish to experience this spine-chilling ride, visit the area between July and September. 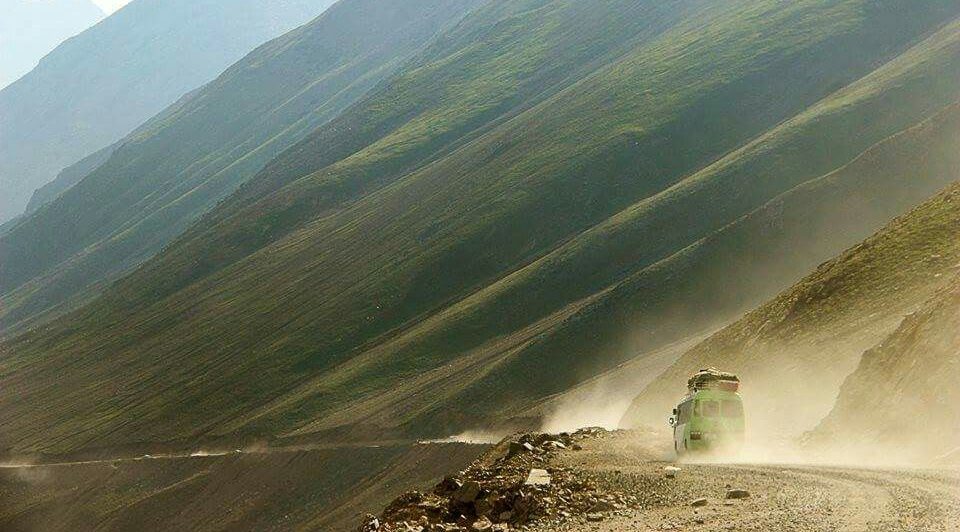 Despite being a relatively safer road, Babusar Pass is still not short of nerve-wracking turns and near-death experiences, earning it a spot among the most dangerous roads in Pakistan. The road is located at a height of 4,200 metres. However, the decline is what perplexes most drivers, as the track is surrounded by terrifying drops.

The road is only open during July and September due to harsh weather conditions during the rest of the year. There are several similar dangerous roads in the world, but Babusar Pass’s extreme elevation adds another layer of terror to it. 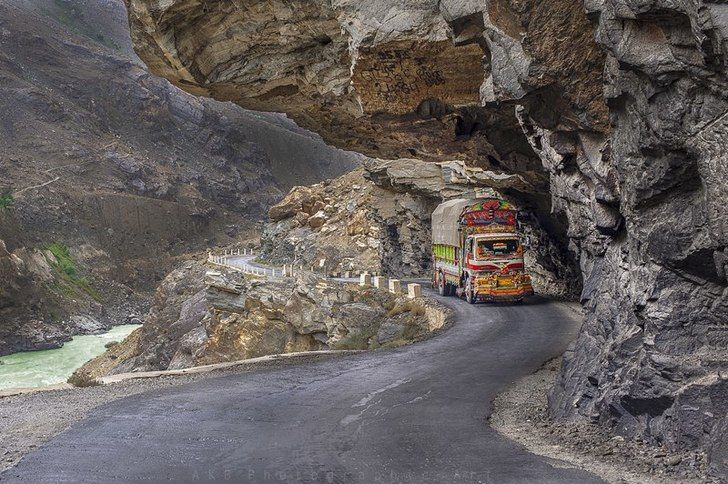 Known as the Strategic Highway 1, the Gilgit-Skardu road is part of the Karakoram Highway, ending at Skardu at an elevation of about 2,226 metres. The road runs along the Indus River, offering a stunning backdrop for the picturesque mountain range.

The 167-kilometre track that starts from Gilgit-Baltistan can take up to 8 hours to cover, and sometimes even more due to the treacherous road conditions. Some parts of the road still remain unpaved, making the journey bumpier than usual. This dangerous road in Pakistan is also famous for being one of the most dangerous roads in the world, owing to its narrow track, hairpin turns, and sheer drops.

The country’s Northern Areas offer a bountiful number of breath-taking views and scenic beauty. However, accessing these areas can be just as distressing. If you’re someone who enjoys death-defying experiences, then these dangerous roads in Pakistan are definitely worth a visit. For more information, visit Graana blog – Pakistan’s first online real estate blog.

Pros and Cons of Buying a House on a Hill 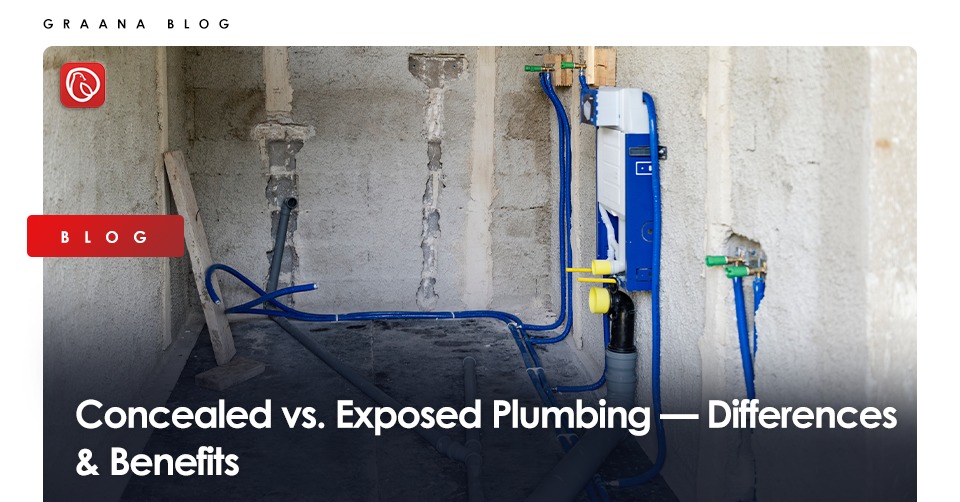