Home » Economy » Pakistan’s Debt and the Risk of Default 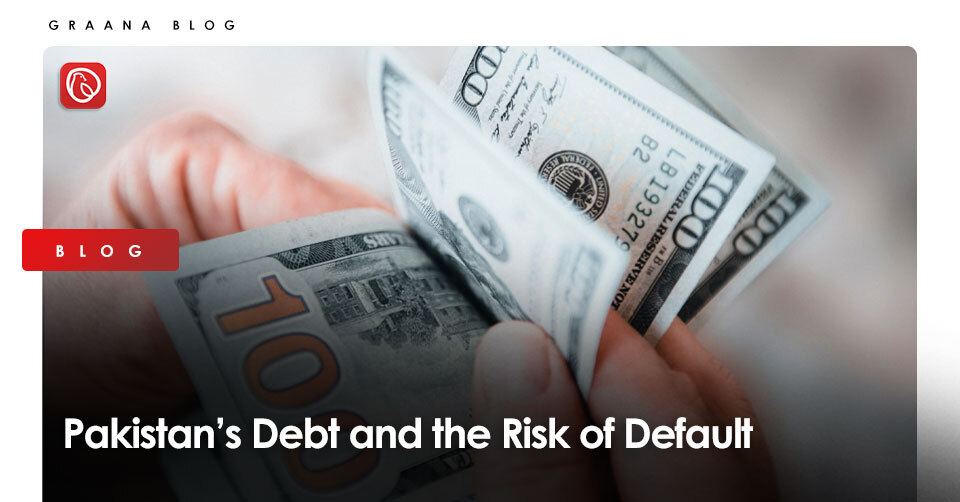 In May, the news of Sri Lanka defaulting over its payment of foreign debt and protesters over-running the presidential palace made the rounds on dailies across the world. This was a result of several factors, including soaring inflation, rising foreign debt, bleeding foreign exchange reserves, and depreciation of the currency. The defaulting of Sri Lanka has also triggered a wave of panic in Pakistan and many have speculated about the chances of Pakistan defaulting on its foreign debt.

Graana.com, Pakistan’s smartest property portal, takes a look at the debt figures in Pakistan to assess the risk of default. 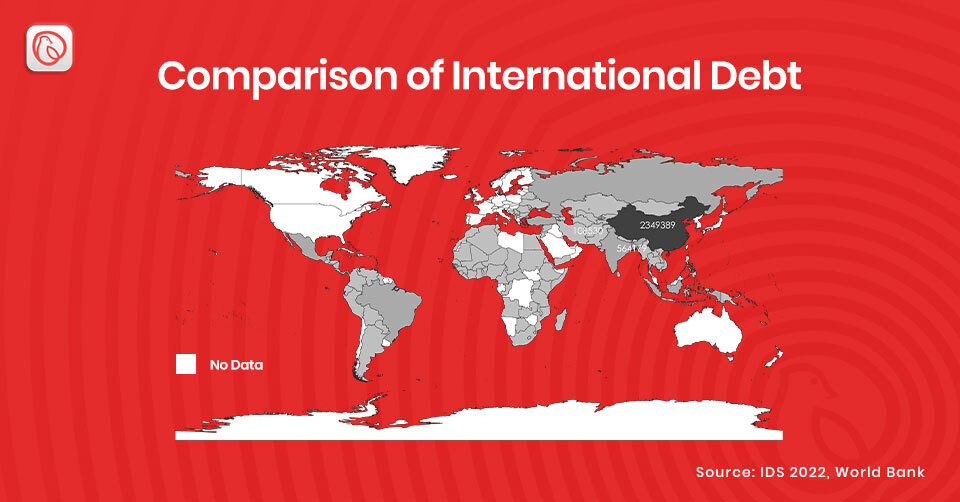 Pakistan has debt payments of approximately $38 billion for the remainder of 2022. “The continuation of the IMF (International Monetary Fund) programme is required to avert a balance of payments catastrophe,” said Patrick Curran, senior economist at Tellimer Ltd., a London-based developing markets investment research firm.

Tellimer has a purchase recommendation on Pakistan’s 2031 dollar bonds, which are selling at mid-60 cents per dollar and yield close to 15%, since “risks have now been largely priced in”, according to Curran.

Pakistan’s debt payments will be substantial during the next three years. The country faces default for the second time in its history, with a $45 billion trade deficit in the ongoing fiscal year and foreign exchange reserves of $10.1 billion or less than two months of imports.

Fitch Ratings expects the foreign debt maturing in the following fiscal year to be higher. According to Jeremy Zook, a Fitch analyst, the rating firm adds bilateral debts of $3 billion payable to Saudi Arabia in fixed deposit and $4 billion owed to China’s State Administration of Foreign Exchange.

The government hiked the price of gasoline and diesel by 30 rupees per litre in the last week to meet a crucial bailout condition imposed by the IMF in order to unlock the remaining $3 billion from a lending programme. 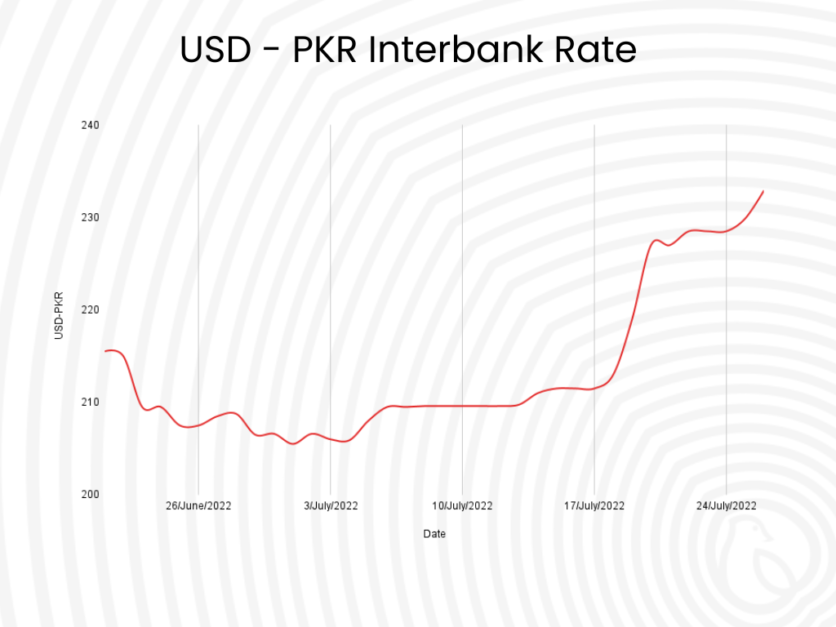 The recent victory of former Prime Minister Imran Khan’s Pakistan Tehreek-e-Insaaf in the Punjab assembly by-elections has further exacerbated the South Asian country’s political turmoil. Analysts predict that the immediate impact will be on the country’s already devastated economy. Pakistan’s currency has plummeted to 229 versus the US dollar. The results, in which PTI won 15 of the 20 by-election seats, have delivered a blow to the ruling Pakistan Muslim League-Nawaz (PML-N) alliance, which has been attempting to get a bailout package from the IMF and other countries. 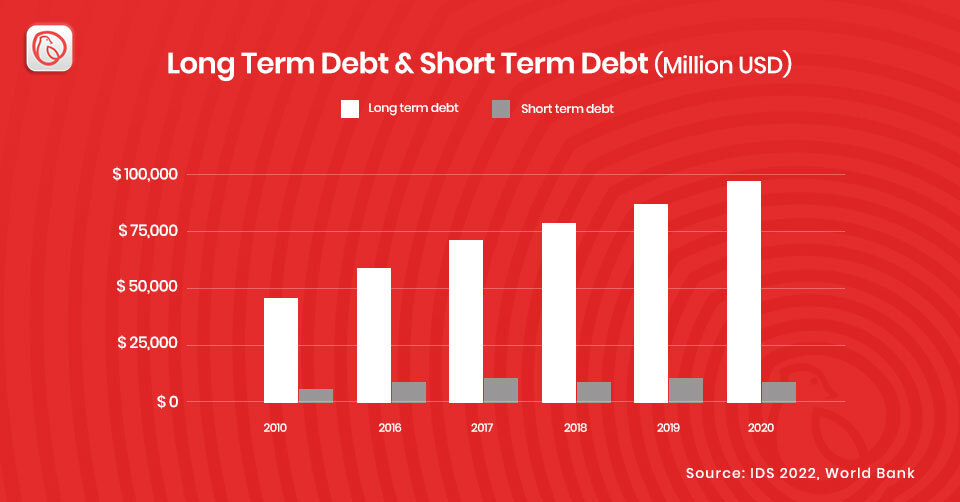 Pakistan ranks fourth in Bloomberg’s rating of sovereign debt vulnerability of countries in 2022. The sovereign debt vulnerability index reveals which countries are most likely to fail on their financial obligations. Pakistan has a government bond yield of 16.8 percent, a 5Y credit default swap spread of 1492 basis points, an interest expense of 4.8 percent of GDP, and a government debt of 71.3 percent of GDP in 2022.

The IMF disclosed a staff-level agreement to extend the rescue package and boost it to $7 billion on Thursday, avoiding an impending default, but the global community was not backing down in its pressure to keep Pakistan on track. Default risk will eventually decrease with IMF loan renewal, although it remains significant.

However, focusing on export expansion in Pakistan will ensure long-term viability. The country’s exports increased by 25.51 percent during fiscal year 2021-22 compared to the same period previous year, according to the Pakistan Bureau of Statistics (PBS).

On the other hand, 400 textile mills in Pakistan have been closed due to a severe energy crisis and subsequent stoppage of gas supply. At a press conference, Senior Vice-Chairman of All Pakistan Textile Mills Association (APTMA) Kamran Arshad stated that a 26% increase in textile exports during the fiscal year 2021-22 was only possible due to the supply of energy at a regional level competitive tariff, stressing that a loss of nearly USD 1 billion in exports had already occurred.

Pakistan has so far avoided an economic crisis similar to that seen in Sri Lanka by containing rioting and repaying creditors. Nonetheless, the current government, which took office in April 2022, is dealing with a number of political and economic challenges. Pakistan’s rupee is one of the world’s worst-performing currencies, and the country’s foreign exchange reserves are rapidly depleting.

However, officials from the State Bank have stated that Pakistan is not at the risk of default and it is, in fact, “not among the most vulnerable counties.” Furthermore, Acting Governer State Bank of Pakistan, Dr. Murtaza Syed, stated that once Pakistan receives inflows from IMF and other friendly nations, the rupee will stabilise at around 200. 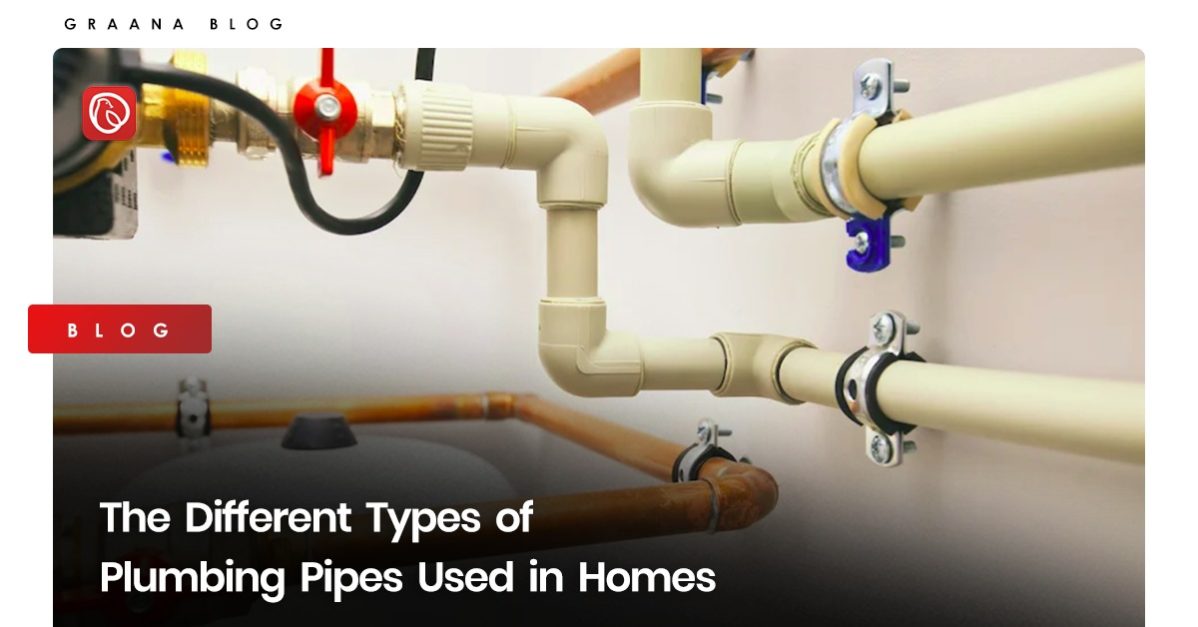 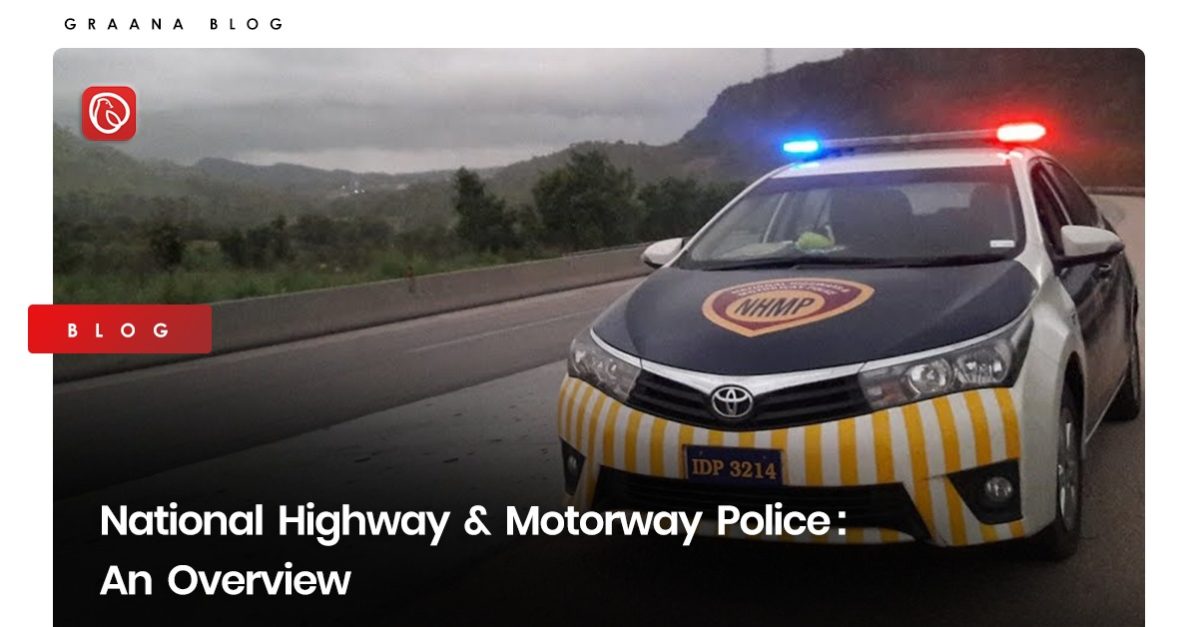 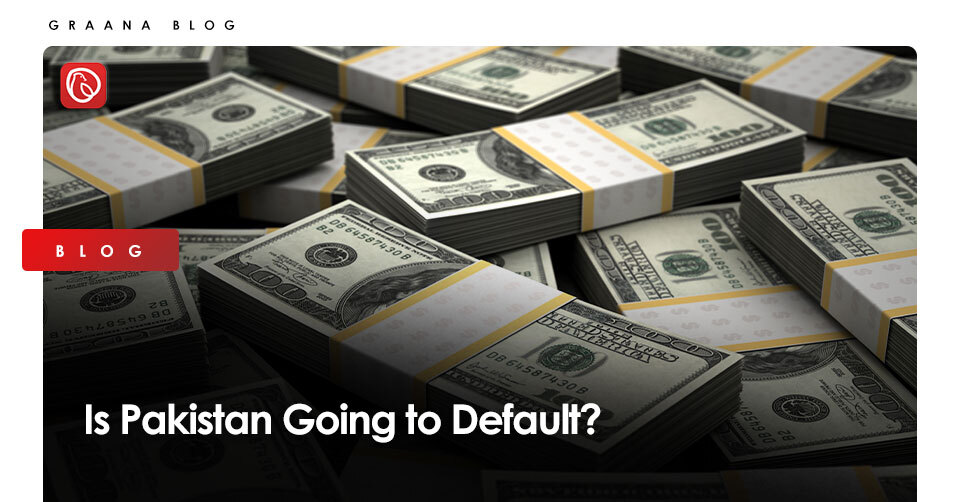 Is Pakistan Going to Default?