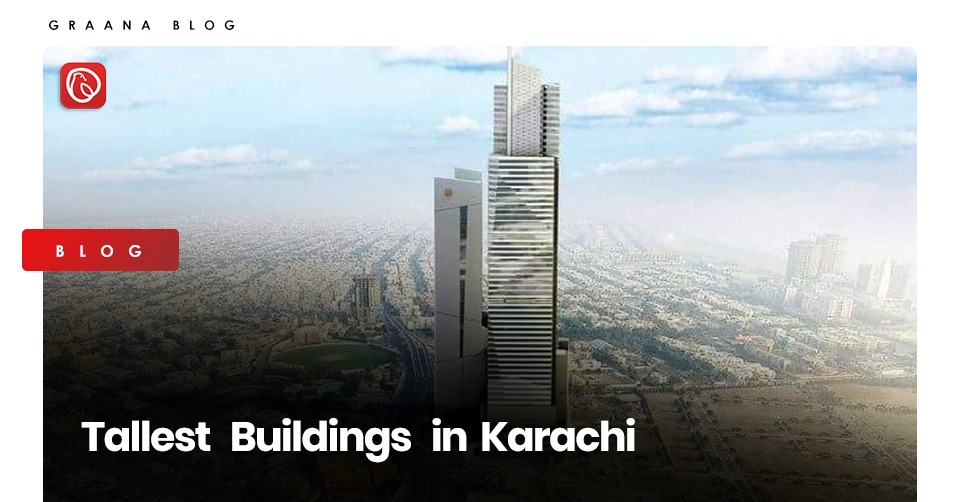 Due to the rising trend of multistorey building construction, whether it is for business or residential purposes, Karachi’s skyline is expanding at a greater rate than ever before. This city is dotted with high-rise structures, which is a characteristic shared by megacities all over the world.

Graana.com has prepared a comprehensive list of the tallest buildings in Karachi, along with their height and other interesting details. 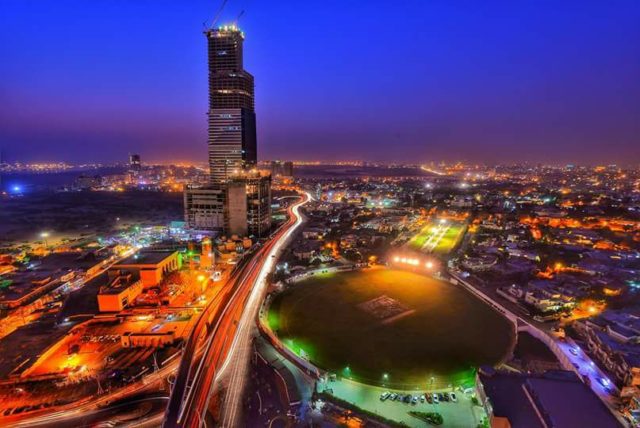 The Bahria Icon Tower’s construction began in 2012 at a cost of billions of rupees, and it will take a while for this project to be finished.

This skyscraper, with its distinctive architecture and prominent location in the city, is now regarded as one of Karachi’s most important landmarks.

Bahria Hotel is being built right next to Bahria Icon Tower. The former “Twin Towers” of New York served as inspiration for these two structures, which were developed concurrently.

Bahria Hotel will have a height of 804 feet and 46 storeys, making it one of the highest structures in Karachi that is currently under development.

This building will be Karachi’s tallest hotel when its construction is completed. Although the project’s foundation was laid down a few years ago, it may still take a while for it to be fully operational.

Chapal Skymark is a residential project that offers different kinds of luxury apartments. It is one of Karachi’s tallest under-construction structures with 50 storeys.

A building with an overall height of 755 feet has never been built before in Karachi. There are several floors that will be designated for parking.

Chapal Skymark is also in a prime location because it is near numerous well-known places of the city, including PIDC, Saddar, and I.I. Chundrigar Road. 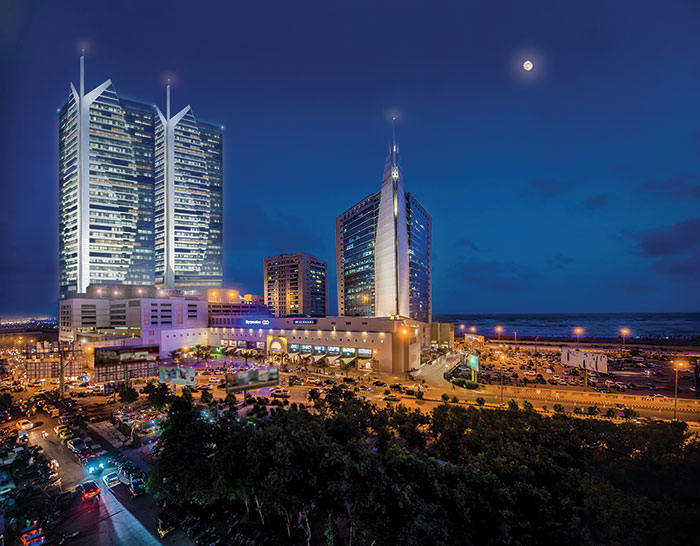 A few new buildings are under construction, close to Dolmen City’s Executive Tower. These are of roughly the same height and have the same number of floors. They stand out in part due to the various levels of parking they have built above the ground. These structures will serve as office complexes once finished. 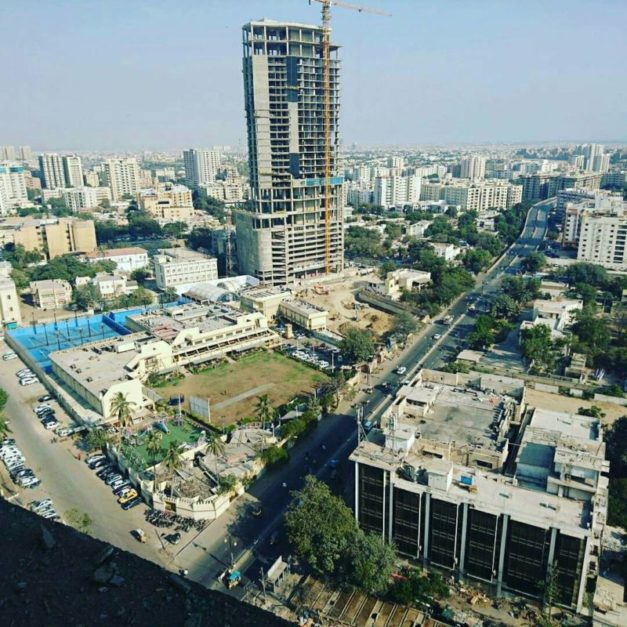 In Karachi, there are only a few apartment buildings that offer nearly a dozen levels of parking, and Hoshang Pearl is one of them. With its ultra-luxurious apartments and top-notch amenities, it intends to provide residents with an exceptional urban lifestyle. 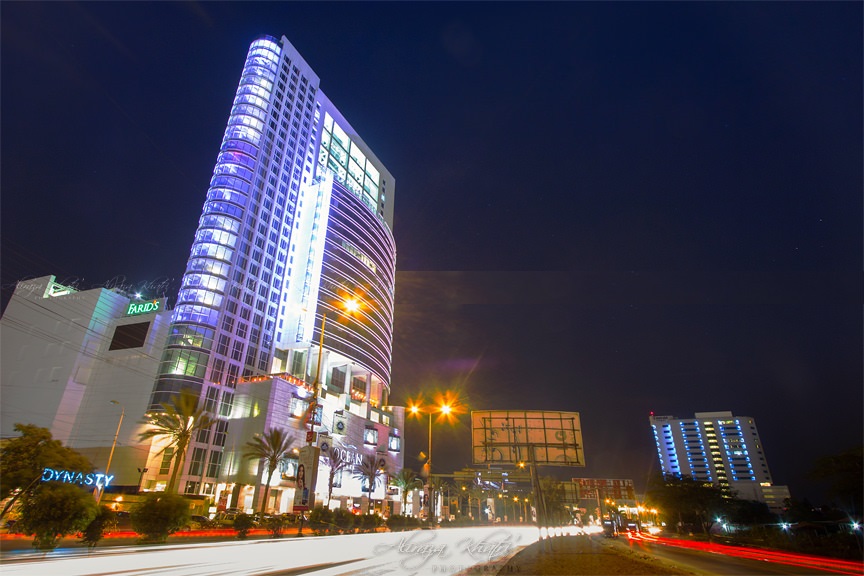 Ocean Towers is a stunning building located near the well-known underpass in the Clifton and Do Talwar neighbourhoods. This skyscraper in Karachi houses a movie theatre, offices, and Ocean Mall, one of the city’s most popular retail centres.

The project was started in the late 2000s at the cost of billions of rupees, and was finally finished in 2012. Ocean Tower operates on its own powerhouse, which generates 5 megawatts of electricity, like other high-rises in Karachi.

It also features high-tech devices that are constantly monitoring the frequency of heat and smoke created in the area around the structure as a safety measure.

Since its construction was completed in 2013, Centre Point has become one of Karachi’s most well-known business centres. It is a 28-storey building that stands adjacent to the KPT Interchange.

In a recent development, the project’s original owner, TPL Properties, has transferred ownership to Bank Al-Habib.

Moreover, famous Italian artist Giuseppe Percivati also created the tallest mural in the world, “Rising Blue”, based on this structure.

I.I. Chundrigar Road, which is home to several corporate headquarters, is where the Muslim Commercial Bank (MCB) has built its headquarters in 2005.

It took more than three years to complete this building, which has 29 storeys and three basement floors. Before Ocean Towers in Do Talwar was built, it had the distinction of being Karachi’s tallest structure for a few years.

UBL Tower is regarded as one of the most beautiful skyscrapers in Karachi, with a striking architectural design. The 23-storey structure was completed in 2016 and houses UBL’s corporate headquarters.

UBL Tower is situated on I.I. Chundrigar Road, which is one of the oldest and busiest business districts in the city.

Mega G4 Corporate Tower is another renowned office building in Karachi. It is near Teen Talwar, one of Clifton‘s most well-known spots. 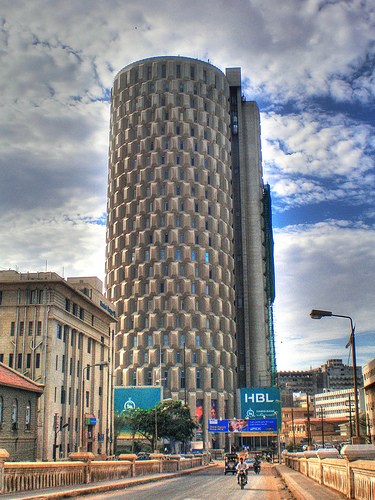 The Habib Bank Plaza is the most significant building on the list of Karachi’s tallest structures. When Habib Bank Plaza first opened, Karachiites used to travel to I.I. Chundrigar Road only to see it. It was Karachi’s first skyscraper with a floor count of more than 20 levels.

For more than 40 years after it was constructed in 1963, Habib Bank Plaza, where Habib Bank’s headquarters are located, held the record for being Pakistan’s tallest structure. However, the MCB Tower, which was constructed in the middle of the 2000s, replaced it as Karachi’s highest tower.

For more related information on significant spots in the city, visit Graana Blog. 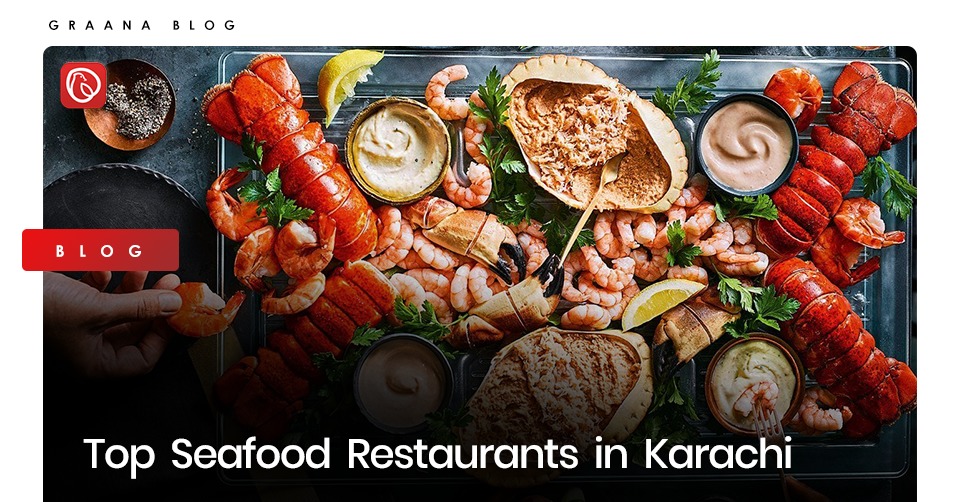