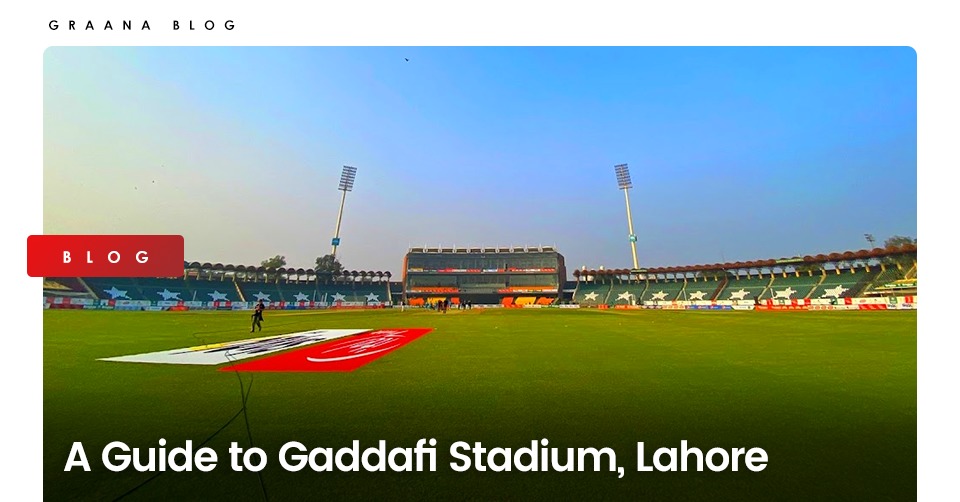 Situated in the centre of the Lahore metropolitan area is the Gaddafi Stadium, previously known as Lahore Stadium. It was originally designed in 1959 by the Russian-born Pakistani architect, Nasreddin Murat Khan, who is also famously known for designing the National Monument (Minar-e-Pakistan) in Iqbal Park, Lahore.

Currently, the stadium is hosting the third test match series between Pakistan and Australia.

Graana.com, Pakistan’s first online real estate marketplace, has covered the history, facts and main events in the Gaddafi Stadium below.

How the Stadium Got Its Name 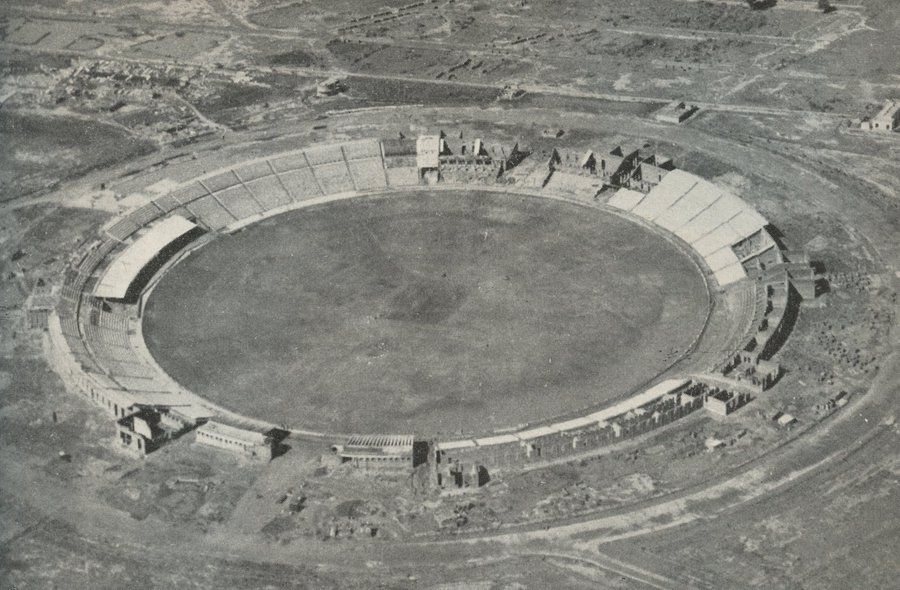 In 1974, the Lahore Stadium hosted the second summit of the Organisation of Islamic Cooperation, where the Libyan leader Colonel Muhammad Gadaffi addressed the summit. In his honour, the stadium was renamed to Gaddafi Stadium (or the colloquial Qazaffi Stadium).

Renovation of the Gaddafi Stadium 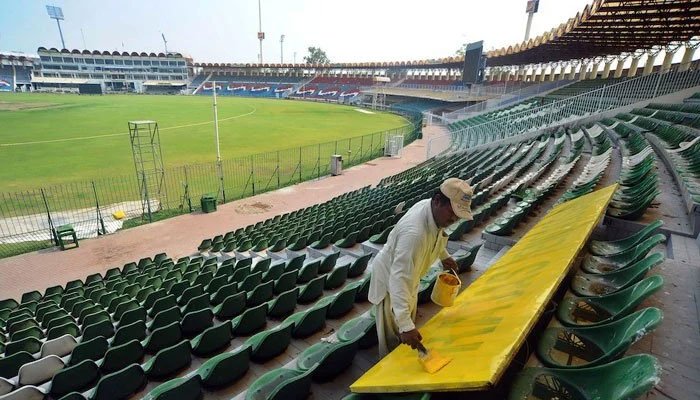 The 1996 Cricket World Cup brought the next milestone for the stadium: Pakistan was to host 16 matches of the tournament, 4 of which were to be played in Gaddafi Stadium.

Architect Nayyar Ali Dada, a graduate of the National College of Arts, supervised the renovation of the stadium. He added a cultural touch by utilising the red hand-laid bricks and arches of the Mughal architecture.

The removal of plastic seats, and instalment of concrete benches, modern facilities for media coverage and floodlights with backup generators made the stadium more accessible. Additionally, there was a new pressroom with a seating capacity of 400 people, along with 30 hospitality rooms.

Other additions to the stadium were team chambers, a warm-up area, and gym facilities. Shops and offices replaced the lower portion of the stands.

The stadium can now seat 27,000 spectators, and the pitch has been termed as a batting-friendly pitch.

Route to the Stadium 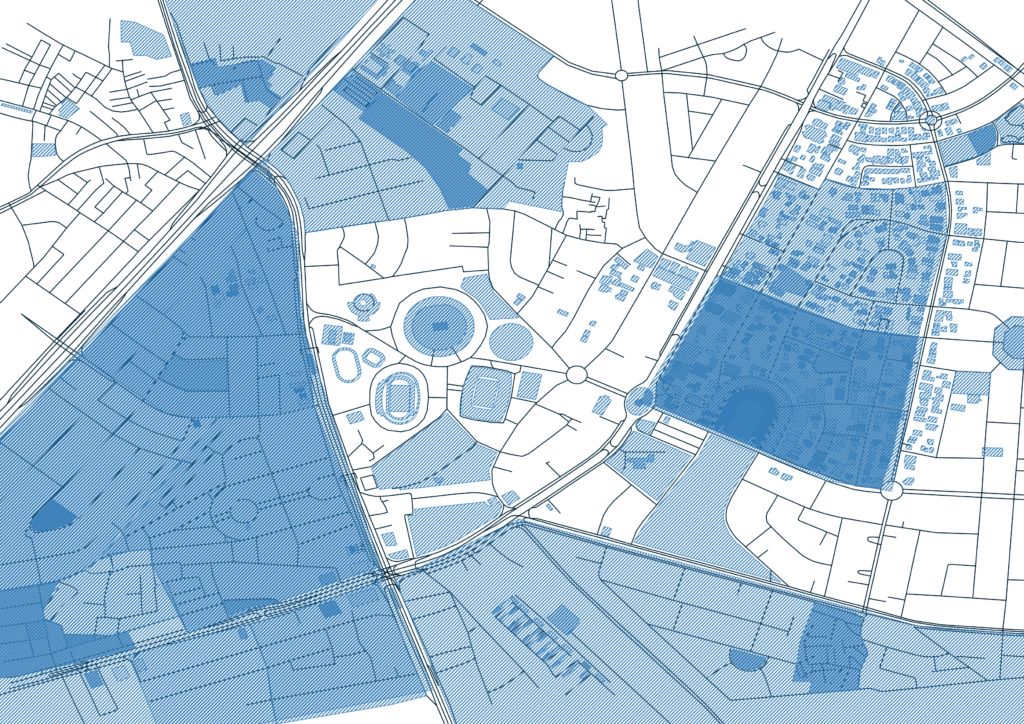 Gaddafi Stadium is fairly easy to spot with its red brick boundary walls and prime location in Gulberg 3, where there are a number of sports academies and stadiums for cricket, football, hockey, tennis, and more.

Records Made in the Stadium

Teams have set up records in all three cricket formats in the stadium. Listed below are some of the biggest cricket highlights:

The Stadium in Highlights

In 2009, armed militants attacked the Sri Lankan team’s convoy at Liberty Roundabout near Gaddafi Stadium. This was during the second test match of the 2008–09 Sri Lanka tour of Pakistan. The Sri Lankan team was airlifted from the stadium to a nearby airbase. They returned to Sri Lanka, effectively ending international cricket in Pakistan.

In 2015, the Zimbabwe cricket team became the first Full Member nation (of the ICC) to tour Pakistan since 2009. The stadium hosted the final of the 2017 Pakistan Super League, and Pakistan easily won both the ODI and T20I series.

In August 2017, the PCB and the ICC began working together to improve international cricket in Pakistan. With that, PCB planned a World XI tour to Pakistan for three T20Is under heavy security.

How to Buy Tickets at Gaddafi Stadium 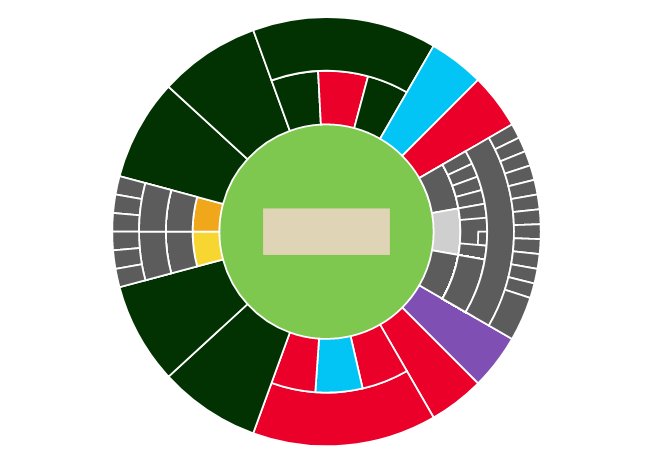 Here’s how you can book your tickets for the upcoming matches:

The Best Places to Visit in Lahore 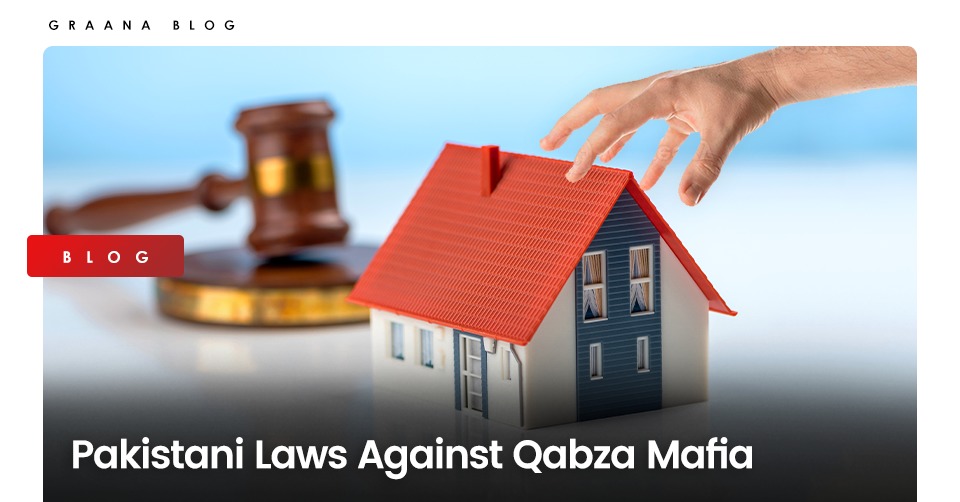